I previously traced how society’s acceptance of sadness as a “brain disease” since 1990 led to a spike in the number of chronically depressed adults, many of whom were then led into opioid pill addiction by doctors who capitalized on their vulnerability; this fed the opioid pill overdose crisis that also began in 1990. But even though this made it easy for youths to find opioid pills in their parents’ purse or medicine cabinet since the 1990s, heroin overdosing (which is mainly by youths who first tried opioid pills) did not start to rise until much later (2006), despite heroin having been around since the ‘60s. I believe this is because today’s heroin addicts are a new breed — the seeds of their creation were sown in 1990, when doctors’ lies about normal childhood immaturity being a genetic “brain illness” became accepted. This enabled psychiatry to begin its cradle-to-(early)-grave 12-step program for producing heroin addicts:

1. Wrongly proclaim that children are genetically hard-wired to mature, so parents undervalue the key role of child-rearing, and thus put less into it.

2. Mislabel normally inattentive, impulsive, moody kids as permanently disabled by “brain disease” (ADHD or bipolar) and advise parents that it would thus be fruitless to try to raise them normally, since they’re ‘unraisable.’

3. Instead, advise parents and schools to helicopter parent/teach them, so they never learn how to initiate, plan, and carry out tasks on their own.

4. Advise that the challenges and expectations of these children be greatly reduced, so that they will be unprepared for the tough pressures/demands of adulthood.

5. Advise that parents not set limits or punish bad behaviors, so that these kids don’t have to learn how to manage their impulses/rages, and thus never learn self-discipline.

6. Advise kids and their parents to not explore/discuss/address whatever issues are upsetting them (by claiming that there are none), so they can’t learn how to cope effectively, or how to develop close relationships.

7. Reinforce irresponsibility, incapability, and wildness by rescuing them when they find trouble, giving easy A’s, and other victim status rewards.

8. Replace solid upbringings with daily “tranquilizer darts” so that the only coping tool children ever do learn is how to numb their minds with chemicals.

9. Replace solid educations with Individualized Educational Programs and coddling accommodations, to give illusions of success that did not occur.

10. Capitalize on their resulting recklessness/vulnerability as youths, by luring them into addiction via euphoria-giving gateway drugs like Adderall.

11. Nourish their addiction by encouraging them to deny it, declaring: “You are not an addict, since it was doctor-prescribed to treat your illness.”

12. If they do accept their addiction and wish to work on learning the tools needed for sobriety, lure them away from this by offering even more addictive pills to “treat” their addiction, but which more often enable it, like Suboxone.

Via these steps, psychiatry plants the seeds of budding addiction early in life, and then continually nourishes them into adulthood. Psychiatry’s and AA’s 12 step programs are similar in that a main tenet of each program is to surrender power to a more “trustworthy” authority. Psychiatry’s authority just happens to be psychiatry and its addictive drugs. In AA, you temporarily cannot trust yourself since drugs are controlling you, so it teaches you the tools needed to responsibly cope. But in psychiatry, you’re taught to never trust yourself since “bad genes” control you, so you need to permanently hand over responsibility for coping to psychiatrists and their drugs. It’s thus not surprising that a meta- analysis found ADHD-labeled kids turn to illicit drugs nearly 3 times as often as non-labeled kids1, whether or not they are on meds2. Psychiatry has taken over the “raising” of children, and has more recently added the “treatment” of addiction to its ever-growing domain, with disastrous results.

Here are some statistics that, taken together, support my argument that psychiatry is the root cause of our heroin epidemic: There was a six-fold rise in stimulant prescribing for ADHD from 1991 to 20003. The average age of initial ADHD diagnosis is 7, so it takes them 15 years to reach 22 (the average heroin user’s age). This explains the 15-years-later six-fold rise in heroin overdoses from 2006-2015, after being stable the prior ten years45. Kurt Cobain wasn’t just ahead of his time musically, but also in following this path.

These all fit too perfectly together, like jigsaw puzzle pieces, to be coincidental. Along with ADHD-‘treated’ clients suiciding 5-10 times as often1617 and dying in motor vehicle accidents over twice as often18 (which is likely a major reason why both of these are also rising lately), this suggests that parents should not let their kids be labeled ADHD if they want them to reach old age. So in order to eradicate all of today’s deadly American epidemics, their common underlying source must be eradicated. It is biological psychiatry — the modern way to get high and die in the USA. 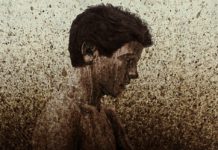 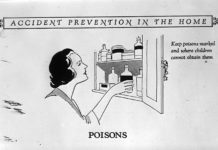