The May, 2017 edition of Scientific American featured an article on schizophrenia research by freelance journalist Michael Balter, entitled “Schizophrenia’s Unyielding Mysteries.”1 Despite the decades-old failure to discover genes that cause schizophrenia (as opposed to possibly being “associated” with it), Balter believed that continuing the search for genes is necessary to help unravel the “mysteries” of the condition, for the development of new “antipsychotic drugs” and other interventions, and to develop prevention programs. As I concluded in my 2017 e-book Schizophrenia and Genetics: The End of an Illusion, however, decades of failed gene finding attempts have produced a scientific finding that “genes for schizophrenia” most likely do not exist.

Balter also discussed recent evidence pointing to the role of childhood trauma, poverty, and other environmental factors, and quoted Norwegian neuroscientist Roar Fosse’s call for “a stronger focus on changing the environment so we can prevent schizophrenia.” Balter’s general conclusion was that environmental data should be added to or incorporated into molecular genetic research, so that researchers can produce statistical models in support of their position that genes and environment interact to produce schizophrenia.

Although “schizophrenia” is usually presented as a valid disorder that can be reliably identified (diagnosed) by psychiatrists and others, there is plenty of evidence that it isn’t.2 And yet, establishing the reliability and validity of a psychiatric disorder is a prerequisite for any attempt to search for genetic influences or genes. Many critics of psychiatry have argued that psychiatric disorders are not reliable or valid discrete illnesses, but instead describe people’s varying psychological responses to having experienced adverse events and environments, or are socially disapproved behaviors or responses to oppression that psychiatry labels as mental disorders.3 Some reject the word “schizophrenia” entirely, and prefer terms “such as ‘psychosis’ or just ‘madness,’ [which] would be preferable because they are less strongly associated with the disease model, and enable the uniqueness of each individual’s situation to be recognized.”4

The Schizophrenia “Gene Pond” Is Empty

Schizophrenia gene finding attempts appear to date back to a 1958 French study.5 Countless gene discovery claims have been published since then, especially since the late 1980s, only to be relegated to the rapidly expanding psychiatric genetics “graveyard” of false positive results. Schizophrenia researcher Timothy Crow wrote in 2008—50 years after the French study was published—that molecular genetic researchers investigating disorders such as schizophrenia had previously thought that “success was inevitable—one would ‘drain the pond dry’ and there would be the genes!” He concluded, however, that “the pond is empty.”6

Additional gene discovery claims have appeared since 2008, including one published in the prestigious journal Nature in 2014 in which researchers believed that they had identified 108 regions of the genome associated with schizophrenia.7 There have been other highly publicized claims, such as the Sekar et al. 2016 C4 “synaptic pruning” study, also appearing in Nature, which Balter discussed in some detail.8 Another group claimed that thousands of genes are “associated with” schizophrenia, and more claims will surely appear in the future.

Despite having obtained “samples from more than 900,000 subjects” worldwide, coupled with the development of newer (yet controversial) techniques such as the genome-wide complex trait analysis (GCTA) and polygenic risk score methods, there have been no confirmed discoveries of genetic variants shown to play a role in causing schizophrenia or psychosis.9 Balter quoted a leading genetic researcher who admitted that “people working in the schizophrenia genetics field have greatly overinterpreted their results.” Researchers, laboratories, and universities are no doubt aware that public statements of discovery, optimism, and excitement attract more research funding, publications in leading journals, and prestige than do public statements of failure, disappointment, and frustration.

The 2017 schizophrenia “gene pond” therefore remains empty of causative genes, or contains only false-positive “fool’s gold,”10 as psychiatry continues to suffer from its decades-long “nonreplication curse” of false-positive results.11 “At best,” Balter wrote, “the tangled genetic landscape of schizophrenia is . . . a series of faint hints of what causes the illness.” Yet elsewhere in the article he suggested that some genes have already been “identified,” and he quoted without comment a leading researcher who claimed that genetics has provided “the first hard biological leads in understanding schizophrenia.”

Balter wrote that despite the news media’s tendency towards “overzealous enthusiasm,” given the historic “trail of disappointment” left by schizophrenia genetic research, media “hype” surrounding recent claims is “somewhat understandable.” On the contrary, because previous claims did not hold up, a healthy media response to new claims would not be enthusiasm or hype, but extreme skepticism and caution—similar to the “oh no, not again” skepticism and caution Peanuts comic strip character Charlie Brown responded with whenever Lucy van Pelt asked him to kick the football she was holding. The five corporations that control much of the U.S. media have an obvious agenda of promoting medical and genetic approaches, and dubious behavioral gene discovery claims, and of downplaying or ignoring the half-century history of claims that fell by the wayside. A parallel process occurs when the corporate media “hypes” wars, and other policies that favor corporate interests at the expense of people’s health, emotional well-being, and lives.

This brings us to the question of why, despite these failures, researchers continue to claim that schizophrenia is a “highly heritable disorder.” The answer lies in their belief that previous family, twin, and adoption studies have provided definitive proof of schizophrenia’s strong genetic foundation. Echoing the mainstream position, Balter wrote, “Decades of family and twin research suggest a strong genetic component to schizophrenia risk.” However, genetic interpretations of family studies are invalid because the members of the experimental group experience much more similar environments than do the members of the comparison (control) group, and the same holds true for twin studies.12

Twin researchers originally assumed that reared-together MZ twins (monozygotic, identical) and DZ twins (dizygotic, fraternal) grow up experiencing similar environments (the MZ-DZ “equal environment assumption,” or EEA). The evidence, however, overwhelmingly shows that MZ pairs grow up experiencing much more similar environments and much higher levels of identity confusion, attachment, and emotional closeness, than experienced by DZ pairs.13 Most leading twin researchers long ago conceded the point that MZ environments are more similar than DZ environments. But instead of abandoning the twin method because its key theoretical assumption is false, as they should have, they devised illogical arguments in support of the EEA, and genetic theories and approaches remained intact.14 Authoritative psychiatric textbook authors, schizophrenia experts, science writers, and the media then endorse the original twin researchers’ conclusions, and rarely challenge the illogical arguments they put forward in support of these conclusions.15

Furthermore, as I describe in detail in Schizophrenia and Genetics, the famous 1960s-1990s Danish-American schizophrenia adoption studies by American psychiatric genetic researchers Seymour Kety, David Rosenthal, Paul Wender and their Danish colleagues were flawed and biased to an extreme degree.16 It is only necessary to carefully read their publications with a critical eye, as several largely ignored critics have done over the past 45 years, to see that these researchers manipulated diagnoses, data, and group comparisons in order to obtain the desired genetic findings.17 The hidden methods that unprincipled researchers use to manipulate their data and results are described in Chris Chambers’ 2017 book The Seven Deadly Sins of Psychology: A Manifesto for Reforming the Culture of Scientific Practice.18

In addition, psychiatric adoption studies are subject to several major environmental confounds and biases. These include (1) the selective placement of adoptees on the basis of a child’s socioeconomic status and perceived genetic background; (2) the shared birthmother–child prenatal environment; (3) late separation from the birthparent(s); (4) late placement with the adoptive family; and (5) that birthparents who give up a child for adoption, and the adoptive parents who reared them, are not representative of birthparents and rearing parents in general. It is therefore not true, as adoption study supporters usually claim, that these studies are able to make a clean separation between (“disentangle”) the potential influences of genes and environments. Surprisingly, Balter did not mention adoption studies in his article.

It is telling that the American Psychiatric Association (APA), which since 1970 has created nearly 30 “task forces” to examine various issues, has never created one charged with performing an in-depth critical evaluation of the methods and assumptions of psychiatric family, twin, and adoption studies. As the schizophrenia gene-discovery bubble continues to burst, the creation of such a task force would be the order of the day in a vibrant scientific field in a healthy society, but would be off-limits in a stagnant field corrupted by a cozy relationship with Big Pharma, in a similarly corrupted corporate-controlled government and society.

Not a Setback, But a Cause for Celebration

Although Balter discussed the importance of environmental factors, and highlighted the controversies surrounding the EEA and the heritability concept, he left the leading role to molecular genetic approaches. The large graphic accompanying his article was about genes and molecular genetic research, not about environments. This suggests to the average reader that schizophrenia is a genetically based condition, in need of medical approaches to its treatment and prevention. Pictures and diagrams send powerful messages. Balter supported medical approaches while adding that environmental factors should supplement and be incorporated into these approaches. The genetic researchers whose work he highlighted believe that the failure to discover causative genes is a scientific setback. I argue that it is a cause for celebration, as society can now part ways with costly and diversionary genetic and medical approaches, and can instead focus on environmental causes, social interventions, non-medical treatment approaches, and prevention.19 This applies to other areas of psychiatry as well.

The time has come to halt the massive failure that has characterized schizophrenia molecular genetic research, and to thoroughly reassess what critics have always said are the severely flawed family, twin, and adoption studies that inspired and helped justify this research. The evidence in favor of environmental causes, coupled with the lack of evidence in favor of biological and genetic causes, supports a psychological/sociological/environmental understanding of “schizophrenia” and psychosis. Although Balter wrote that the “biological basis” of schizophrenia “has long been an enigma,” it is better characterized as a century-old unsupported hypothesis that helps form the bedrock of psychiatric dogma. Although to his credit Balter gave more weight to environmental factors than most other journalists and commentators, he is in favor of continuing with attempts to identify predisposing genes. While these attempts are based on some researchers’ misguided belief that “social problems are biology problems,” the causes of the behaviors falling into the “schizophrenia” and psychosis categories are located outside of the body, not inside. 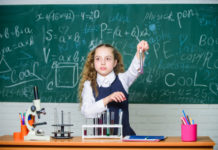 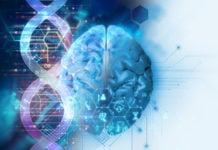