Julianne Holt-Lunstad, professor of Psychology and Neuroscience at Brigham Young University, along with colleagues, call for social connection to become a public health priority. In a recent article, published in the American Psychologist, the authors suggest social connection should be treated as a health determinant much like obesity or tobacco use. They also provide an outline for how to research and implement large-scale intervention strategies to promote social connection.

“When considering the umbrella term social connection and its constituent components, there are perhaps no other factors that can have such a large impact on both length and quality of life—from the cradle to the grave,” write the authors.

At the 2017 American Psychological Association convention, Holt-Lunstad and colleagues identified social isolation as a “public health threat.” Large-scale studies have demonstrated that “social relationship status and functioning predict an array of important health outcomes and risk for premature mortality.” Because of this, the World Health Organization has identified “social support networks” as a determining factor of health and the UK minister of health made “loneliness” a health priority.

However, the authors note that similar efforts are absent from US government agencies, healthcare providers, and healthcare funders. The authors suggest that social relationships are not considered to be as directly tied to health outcomes as factors such as obesity or tobacco use and that developing effective interventions are thought to be more difficult than for other health determinants. In the article, the authors counter both of these arguments.

The first step, according to the authors, is to define the problem. They recommend using ‘social connection’ as an umbrella term that includes structural (e.g., marital status, social networks), functional (e.g., perceptions of social support or loneliness), and qualitative (e.g., quality of relationships) components of social relationships. A lack of social connection is a sizeable and serious problem in the US.

The authors note that 27% of the US population lives alone and 40% of first marriages end in divorce. In addition, 20-43% of US adults 60 and older experience loneliness. The authors also report that the size of social networks has decreased by a third since 1985 and people are less involved in volunteerism and religious organizations. They highlight, “being socially connected is associated with a 50% reduced risk of early death.”

“A significant portion of the U.S. population lack social connections, which places them at greater risk for premature mortality and underlying morbidity—and the magnitude of this risk is comparable to that of currently recognized leading health determinants, ” summarize the authors.

The Centers for Disease Control and Prevention (CDC) identify ‘winnable battles’ as “public health priorities with large-scale impact on health and known effective strategies to address them.” Tobacco, obesity, food safety, motor vehicle accidents, teen pregnancy, and HIV are all current examples winnable battles and the authors call for social connection to be added to the list. They state, “a public health focus on social relationships has the potential to make the CDC’s winnable battles more winnable.”

The authors note challenges to identifying effective strategies to increase social connection. However, they argue these challenges are not very different from those faced by other complex issues. For example, obesity is also an umbrella term encompassing factors such as access to nutritional foods, physical activity, and biological predisposition. People may assume that social connection is much farther removed from health outcomes than obesity or smoking. But, the authors argue “this assumption… relies on an outdated, dualistic mind-body model.” The authors make a call for action:

“Just as the factors that contribute to multifaceted public health problems ranging from violence to obesity have become better understood, now it is important to consider the micro-level (e.g., genetic markers of susceptibility, gene-environment interactions) to macro-level (e.g., cultural norms, neighborhood characteristics) processes through which social relationships influence physical health, as well as the pathways by which one may intervene to reduce risk and improve public health.”

“Meaningful public health benefits will be realized only when the existing intervention efforts—from individual-level changes to community and societal action—are deeply rooted in science and the pursuit of translatable research findings,” state the authors.

The authors suggest using an ecological approach, developing interventions at the individual, relationship, community/organization, and society/policy levels. They write, “large-scale intervention efforts that focus on a single level of analysis are likely to be hampered from the start.”

They suggest that researchers and policymakers follow the framework used to address obesity: (1) engage in large-scale “surveillance,” through Electronic Medical Record data, to determine who experiences the problem, (2) identify risk factors, and (3) develop evidence-based recommendations with interventions targeting increasingly specific populations/settings. They also stress the importance of partnering with community stakeholders to bridge the divide between research and practice. Lastly, they identify media campaigns that combat loneliness.

The authors conclude, “Humans need others to survive. Regardless of one’s sex, country or culture of origin, or age or economic background, social connection is crucial to human development, health, and survival.”

Social connection is strongly linked to better health outcomes and quality of life and should be given more resources in public health initiatives. 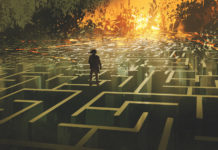