The documentary CRAZYWISE, released earlier this year, challenges Western ideas of human suffering by considering the novel concept that other cultures might actually have something to offer us. Filmmakers Phil Borges and Kevin Tomlinson courageously explore how indigenous cultures have traditionally identified extreme psychic experiences as indicators of spiritual potential rather than a brain disease without cure.

The film is both bold in its exploration of alternative narratives while also finding humility in its discoveries.

CRAZYWISE follows two captivating individuals on their journey through extreme psychic pain, confusion, and transformation. Adam, 27, struggles with voices, homelessness, and crippling addiction that become exacerbated after a near-fatal assault, and later his attempt to disclose childhood sexual abuse only to be met with disbelief and dismissiveness.

Similarly, Ekhaya, 32, after surviving childhood molestation, grapples with distrust, fear, and the shock of finding herself still alive after a serious suicide attempt. Both eventually find meaning, purpose, and interconnectedness along a path that brings them to individual spirituality and a defiance of medical authority.

Their stories are not uncommon: Interestingly, indigenous cultures have long demonstrated superior outcomes for “psychosis.” These cultures’ innate sense that finding meaning, purpose, and social connection is a central part of the healing process has, in fact, been demonstrated repeatedly to be the case for many who have recovered from states labelled as “schizophrenic,” “bipolar” or “borderline.”

In addition to the healing potential of spirituality and meaning-making, placing these psychic emergencies within context may be crucial. It really is not a surprise that exposure to sexual abuse and other childhood adversities is, quite literally, crazy-making. Rates of childhood trauma in individuals who are chronically suicidal and/or diagnosed with borderline personality disorder run as high as 90%, and are so common in those diagnosed with psychosis that researcher Richard Bentall has stated that the link “is about as strong statistically as the link between smoking and lung cancer.”

Sadly, despite how common childhood trauma is for those labelled as mentally ill, American society too commonly dismisses these experiences as ‘attention-seeking’ or ‘delusional’; we see this happen to both Adam and Ekhaya with devastating results. Not only is the trauma itself potentially crazy-making, but so, too, is society’s response.

Another way that society tends to further marginalize those who have experienced childhood adversity is by making arbitrary separations between those who deserve help and those who don’t. Are some suffering a trauma-related problem or just a meaningless, genetic brain disease? Or, are they just morally corrupt individuals in need of punishment?

For instance, too frequently we hear the rhetoric that prisons are warehouses for the ‘mentally ill’. That those so diagnosed are in need of “treatment” while the rest deserve the warehousing.

Childhood trauma is common among prisoners, generally, and is strongly associated with substance abuse, aggression, interpersonal violence, and mental health problems — in other words, prisons are warehouses for trauma survivors and all deserve the opportunity for rehabilitation and recovery.

Of course, standard “treatment” is often described as just another form of prison, so clearly that is not the answer either.

And that is why films like CRAZYWISE are so powerful; we need alternatives and this film offers us just that. We see how Ekhaya survives a near-fatal suicide attempt and finds spiritual healing by reframing her experiences with the help of a traditional South African healer. Similarly, we witness how Adam manages to withdraw from all psychiatric and illicit drugs through dedication to Vipassana meditation and finding the meaning in his confusing experiences.

These stories are not random anomalies.

Meditation has been demonstrated by several studies to decrease anxiety, depression, and general psychological distress. Further, shamanic and other spiritual traditions have a long history of using psychotic experience and expanding consciousness as pathways to get closer to God. Psychedelics are also increasingly being used in Western psychiatry to heal states of psychic distress, addiction, trauma, and suicidality.

CRAZYWISE actually began several decades ago, when Phil, a human rights photographer, began understanding and documenting the challenges of indigenous cultures around the world. During his years of work, Phil acquired dozens of interviews and countless hours of footage of individuals whose stories became quite familiar: a psychological crisis in young adulthood led the community to identify the individual as a potential healer and spiritual leader.

In 2012, Phil met Adam while doing a film on meditation and began interviewing him. Something clicked, and Phil realized how closely Adam’s story paralleled those of the shamans — but with very different results. While documenting his story, Phil came to realize the travesty that is the mental health system in America. In this, CRAZYWISE was born.

The trajectory leading up to the film may have resulted in some of the criticism of the film. For instance, although there is extensive use of images and footage of individuals from other cultures, only that of Thupten Ngodrup the State Oracle of Tibet is actually heard. Rather, Phil’s voice (that of a white male) tells their story instead. He has explained that he did not have the footage of them telling their own stories because this footage was gathered in the course of other projects. Yet, it runs the risk of appropriating another’s story, no matter how close to the truth it is.

In addition, Adam is prominently featured throughout the film due to the fact that Phil was documenting Adam’s journey for many years before the idea for CRAZYWISE was born. Yet, Ekhaya, a female person of color, sometimes feels like a secondary story, and is rarely detected at all in promotional materials. And both of their stories are sometimes buried under the numerous interviews of mental health professionals, authors, and leaders of the psychiatric survivor movement, almost all of whom are white.

At the same time, CRAZYWISE has received vastly positive responses. Early problems and criticisms with the original final cut were seriously considered by the filmmakers and they took the feedback to heart. They now have a film that, I, personally, would rate a 10/10.

The film has also been described in testimonials as a “remarkable journey” offering a “crucial and mind-expanding perspective” that is the “perfect tool to create change.”

CRAZYWISE does not romanticize indigenous cultures, nor does it shy away from the horror and destructiveness that can come during a psychological crisis. Both Adam and Ekhaya found themselves on the edge of death, surviving, perhaps in part, so that we might all be privileged enough to benefit from their lessons.

As stated by Phil, “I believe it’s time to Rethink Madness. Is it just a breakdown or can it be a breakthrough? So many have told us it can!” CRAZYWISE offers us an opportunity to consider and realize these very real possibilities. 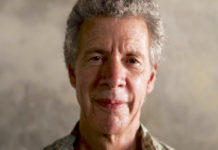 Phil Borges: Is Madness a Breakdown or Initiation into a Spiritual Calling? 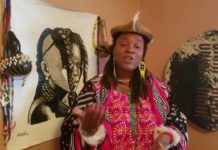 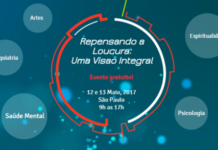