I am involved in mental health research and advocacy, and while speaking with users, survivors, other activists and even psychiatrists, the issues of drug dependency and side effects keep coming up. Other than the second hand research freely available online and quoted here, I decided to speak with people first hand to collate narratives. In particular, I wanted to explore the side effects of psychotropic medication as it relates to sexuality and libido, because when it comes to mental health, people are perceived either as hyper sexual or asexual. Where are the people in the middle of the spectrum?

I began by speaking with Zakir,1 60, living in Oxford, UK, an old friend I have known most of my life, about what he hated most about being disabled and on psychiatric medication. He answered, “All the porn in the world can’t help me ejaculate, do you know how uncomfortable that feeling is?” Zakir, previously a cricket-playing academic, was what we earlier called a ladies man. Devastatingly charming, he loved women and they loved him right back. A series of forced hospital stints after being sectioned (being sectioned is when you are tried by the court and found to need mandatory psychiatric hospital care) in the UK, allegedly being a danger to his wife and family in a state of psychosis — part of bipolar disorder — has left him unable to walk, in a wheelchair, and dependent on care. I spoke with his wife about two years ago about the possibility of hiring a masseuse who would help him relax and the possibility of paid sex with someone who understood this condition; such options are available there in the UK. Unfortunately, although she agreed that this may help, he has not had access to these yet. And a cocktail of psychiatric drugs is fed to him every day, possibly making him susceptible to other side effects. Zakir was said to have bipolar disorder and he was a high functioning user for quite a while. Until the sectioning and the strokes.

Research shows that psychiatric drugs seem to have an impact on libido. For instance, Bella and Shamlou2 begin their paper agreeing that sexual dysfunction is common in patients who take antipsychotics. Gitlin3 corroborates this in his paper, stating that sexual side effects have been described in relation to almost all the major classes of psychotropic medication. He writes of strategies and possibly more medication to combat SSRI (serotonin selective reuptake inhibitors) induced sexual dysfunction.

Vijay Bothe Patil, who lives in Ahmednagar near Pune, reported his inability to get an erection while he was on psychiatric drugs for mental distress due to alcoholism. Although the alcohol decreased desire and libido, when on psychotropic medication, his libido went down to zero, in his words. He claims that no erection, and therefore no penetration, was possible and that after the medication was discontinued, things came back to normal. Sambhav,4 a lawyer living in Odisha, also has similar claims. In 2010, he was put on psychotropic drugs for depression and alcohol dependency. No amount of masturbation would give him release or an erection. Now that he has embraced yoga and is off medication and alcohol, his libido and sexual function is back to normal.

George Ebert, a survivor of psychiatry and an activist living in Sterling, USA, shared his experience with me. In 1978, he frightened his family by saying he heard voices and saw visions, who promptly took him to psychiatric treatment for evaluation, where he was immediately admitted. He underwent electroconvulsive treatment in addition to a cocktail of drugs used in those times. Upon his release, he was kept on a drug called Mellaril, which belongs to the phenothiazine family and was used at that time for schizophrenia and psychosis. This mediation was withdrawn in 2005 because it caused serious side effects. Ebert reports after treatment at the psychiatric centre and being on the drug, he was unable to experience any sexual release with his wife, and as he weaned himself off, he slowly gained that control back. Since then, George has been part of the International Mental Patients Liberation Movement and campaigns about psychiatric oppression in the US and Canada.

Kalina Jones, USA also shared her story with me. She says she was started on a very low dosage of Paxil when she was hospitalised for suicidal ideation many years ago. No one mentioned to her that Paxil was one of the worst SSRIs when it comes to sexual side effects until she found it out through her own experience. She claims it was very difficult to orgasm, let alone experience a good orgasm. When she brought up this issue with her doctor, she says her doctor acknowledged this but did not act like it was any big deal. Kalina thinks it may be because doctors are so used to prescribing these drugs to so many people that side effects don’t seem that important. After experimenting with Celexa, which was mildly better, Kalina went off SSRIs and has not faced these issues again.

Genevieve Arnold from Spokane, USA was put on neuroleptics, which are tranquillisers used to manage psychosis mainly used for bipolar disorder and schizophrenia, three years ago. Since then, she has had sex precisely twice and could not enjoy it; she says prior to the drugs, she loved sex and had it almost every day. She is tapering off the drug now and has no sexual desire or sex; she feels she will be unable to ever have a normal sex life. She is happy to have an understanding boyfriend and says she would have stopped the drugs sooner had her doctors advised her about these side effects.

Megan4 from Manchester, UK revealed that she has trauma-related sexual issues which are compounded by the psych drugs she takes, in her case, olanzapine. She has put on almost twenty kilos and says the weight gain makes her feel unattractive, and she thinks the drugs have made her asexual. Although she is in a long-term relationship, they have not had sex for months.

The stories continued to pour in as I did my research. Laura6 from Toronto, Canada feels that the antipsychotic drugs she was put on for eight years robbed her of her (previously) intense libido, which was part of her personality and her ability to connect with people and form relationships. She thinks she was robbed of this at the time time when she could have had a child.

Collecting these stories showed me that people want to talk about what they consider psychiatric torture. Several of these people spoke of trauma and unpleasant times in hospitals. Side effects ranged from metabolic damage, excessive sleepiness, and cardiac manifestations7 to milder ones like speech changes, slurring, drooling, and more. None of the people I spoke with said their doctors warned them of these or any potential risks while prescribing medication. Neither did they give these people any other options. Some people were forcibly injected and committed, while others just had prescriptions handed to them. For all these voices I share, I know that there are hundreds and thousands of people whose lives are better on the psychiatric drugs, and for that reason they opt to take these to function. But I am deliberately choosing to make this aspect of side effects visible because the doctors don’t.

Dr. Kamal Mahawar, an Indian doctor practicing as Consultant General and Bariatric Surgeon with the National Health Service in the UK, in his 2016 nonfiction book, The Ethical Doctor8 writes of dozens of scams and commissions prevalent in most hospitals in India. The Wire, a news magazine, recently covered medical scams and wrote about how touts and translators are duping patients in collusion with hospitals, pharmacists, and laboratories. Reuters writes of shocking malpractice like stitching up the cervix of pregnant women under the pretext of preventing miscarriage, labelling healthy people with diabetes, and more.

In their desperation to get well, patients, their families, and doctors push drugs, often as a first course of action. In my opinion, drug pushers are not just the sleazy ones we associate with gangster movies. These drug pushers are disguised in white coats and friendly smiles, licensed to the hilt.

Psychiatric drugs and their seemingly direct link to libido is an important and highly overlooked issue. In my work as a mental health activist, I think it is important to start connecting the dots and learning from the survivor activist movement so that what is commonly out there is not just the biomedical model, which mostly uses drugs to heal. There are other ways to heal — lifestyle, indigenous healing, arts-based therapy, and more. In addition, looking at the trauma-informed approach to madness is valuable as it empowers the affected person to understand their distress and heal. Libido can be directly linked with wellness, and patients need more information to make the choice right for them. 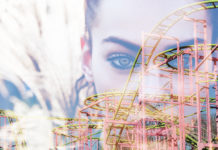