From NPR: “Many people who attempt suicide end up in an emergency room for immediate treatment. But few of those suicide survivors get the follow-up care they need at a time when they are especially likely to attempt suicide again.

Now, a study shows that a simple intervention conducted by staff in emergency departments can reduce the risk of future attempts. The intervention involves creating a safety plan for each patient and following up with phone calls after discharge.

‘It reduced the odds of suicidal behavior by half,’ says Barbara Stanley, a psychologist at Columbia University and the lead author of the study. ‘That’s a phenomenal difference.'” 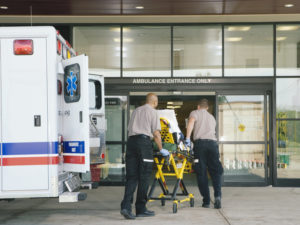