My colleague John Herold has an interesting image he uses to communicate the conventional mental health approach to disturbing mental states: it is that of a fire extinguisher being applied to a fire.

If we think of disturbing states as an illness, then it makes sense that we focus on trying to eliminate them or to “put them out.” Of what use is an illness?

But what if these states are something more than that? A key alternative idea is that disturbing states represent something important that is trying to emerge, something that has been missing from our dominant mental states. We may not know yet how to integrate it, but the possibility of getting to know it better, of making peace with it, and finding value in it, exists.

I believe it makes more sense to conceptualize “psychosis” as something like a revolution in the mind, than as an illness. And as John F. Kennedy famously said, “Those who make peaceful revolution impossible will make violent revolution inevitable.” It follows then that if we want to make “psychosis” less disturbing, we need to focus less on suppression, and more on actually facilitating altered states of consciousness and integrating them into our lives!

When John Herold went to see a Process Work counselor, they talked about how John’s  experience of extreme states had been too intense and had been disruptive in his life, and had led to hospitalization, something that John wanted to avoid in the future. But they also talked about how these states had value. The counselor then compared John’s experience with drinking an entire bottle of Tabasco sauce all at once. Why not instead, the counselor suggested, “try being just a little psychotic all the time?”

That strategy turned out to work great: applying it allowed John to make peace within his mind. In fact, it worked so well that John became inspired to get a master’s in Process Work and to begin teaching about it.

Conventional mental health approaches tend to be deadening — this isn’t surprising given that suppressing part of the psyche is their goal. Not so Process Work: it is always lively and playful, often playing specifically with that which has been disturbing. No mental state is taken as having the whole truth: instead, it is always possible to take any state to its “edge” and then over the edge, into something else. It’s an approach that very much values diverse mental states.

Another aspect of conventional mental health approaches is their tendency to assume that “reality” is a given, and that the goal should be to have everyone be in touch with it in the same way. “Consensus reality,” where everything can be divided up and measured, is the only kind of reality that is valued.

“Dreamland” for example can be seen as a level of reality, or a way of being in touch with an aspect of reality. In process work, “dreaming” is not just something we do at night, but something that comes up in body sensations and symptoms, in fantasies, in visions and voices, etc. These experiences are “not real” from the perspective of consensus reality, but are completely real on their own terms.

Another level of reality is that of “essence”: this relates to the non-dual aspect of reality.  At this level we can experience that we are all one consciousness, that there is no observer separate from the observed, and that all of reality can be experienced as right here right now.

This relates to my experience, as many of the most powerful events that shaped me did not take place in “consensus reality.”

One such event occurred when I was 17 years old, when I took LSD for the first time.  I had the experience of going to another dimension, where I met some beings who told me I did not have to continue to be who I had been, that I could be a completely new person. This sounded great to me, because I did not like my self up to that point — it was too much shaped by fear, defined by people who had abused me. So I went with the new identity!

For the next 15 years or so, I continued to see my origin as more related to that “dreamland” event of becoming a new being, than it was to my “consensus reality” experience of growing up with abuse. I also focused very much on “essence level” reality, as that gave me a point of origin quite other from my childhood, and helped me continue to escape from feeling vulnerable.

This continued until various events, combined with my increasing awareness of the costs of denying my basic human vulnerability, pushed me to face my past and the dimensions of experience that I had disowned. This was at first shocking and very disruptive, and it seemed I was at risk of losing my sense of safety and being stuck in the trauma that I had previously avoided — at least until I got help in integrating from some competent therapists, one of whom had training in process work.

From this point of view, what happened to me when I was 17 was that I crossed over from what had been a primary process highly affected by trauma and abuse, to a secondary process of being someone who was fresh and unaffected by abuse. This was a “process inversion” because my past identity became missing, and I could not or would not relate to the person I had been. Turning to face my childhood trauma 15 years later threatened me with another such inversion, but after some rocky times I found ways to become more fluid and able to draw from both identities: the one who had been crushed by abuse, and the one who had never been touched by it.

An important aspect of Process Work is that nothing is pathologized; every part of the person, every kind of experience, is seen as having value. A process worker would see value both in my crossing over into being someone who never had a childhood, and also crossing back into reclaiming a very disturbing past. People may, as I did, get stuck in some parts of their experience and need help finding a way to be more fluid so they can also relate to other parts, but there is nothing that needs to be suppressed or gotten rid of.

Want to know more about this approach? Then I suggest watching the video below, a very lively, recently recorded presentation by John Herold, who knows a lot more about Process Work than I do! In this presentation, he covers deep and complex topics with amazing clarity and humor, and he speaks informed not just by theory but with perspective drawn from learning to manage his own extreme states. After you watch it, please let us know what you think! 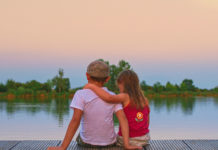 Reflections on 25,000 Hours of Being With People in Extreme States 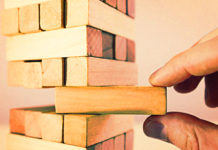 Smoke and Flames: Silence In A World On Fire 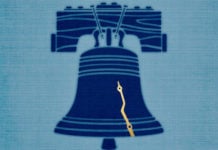 Filling the Crack in the Liberty Bell