From Fox News: “The CDC doesn’t have numbers of those who commit suicide after having their pain medications cut. But most of the doctors who spoke to Fox News said they knew of between one and six patients who took their life after losing access to opioid treatment, and being turned away from other doctors who now see prescription painkillers as a hassle.

Several prominent doctors and pain patient advocacy organizations said they have heard from hundreds who say they have been left in debilitating pain and are considering suicide. The issue earlier this year came to the attention of Human Rights Watch, which launched an investigation.

‘Clearly, there are patients now who feel like life is not worth living if they return to living in pain,’ said Diederik Lohman, director of Health and Human Rights for Human Rights Watch. ‘Many of the patients we spoke to are very law-abiding, and would turn to suicide before going to the street to get illicit drugs. The government has a duty to respond to the overdose crisis but to do so in a way that is harming people who have a legitimate medical issue is a human rights issue.'” 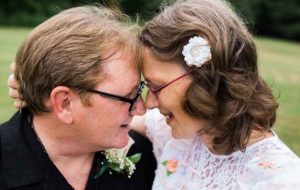