In the past four years, I have heard the classic psychiatric questions a few too many times…

No, I am not seeing or hearing things that are not there.

No, I haven’t been sleeping or eating normally.

No, how I feel on a scale from 1-10 has not shifted significantly since last time.

No, I do not have a suicide plan.

The first time I admitted to a mental health professional (a therapist) that I had suicidal ideation, she asked if I had a plan. It was clear that she was asking if the suicidality was “active” or “passive.” Given that I didn’t have a plan that day, she dropped it and didn’t ask further. What she missed was alarming. No, I did not have a set plan, such as a specific date, but I did not expect to live to see the end of the summer. At home, I spent hours upon hours obsessively searching on the dark side of the internet, the sites full of posts on suicide methods, lethal suggestions, and those encouraging the suicidal visitors to “go ahead and do it already.” A major factor that prevented me from actually carrying out an attempt was that I thought I would possibly not actually die from an attempt and simply get really hurt, possibly leading to becoming an even bigger burden on those who love me. Anxiety also leads me to a state of mental paralysis. Suicide takes at least a bit of planning, and just that amount of planning seemed too much to manage in a state during which even creating sentences was a struggle.

My first psychiatrist was overly confident that she knew exactly what type of case I was: a simple case of adolescent unipolar depression. Take your newly prescribed antidepressants and you’ll be feeling great in a few weeks. Case closed. What she failed to realize was that she had it all backwards. She had just given a patient with bipolar disorder SSRIs, a mistake that would be disastrous. When I became manic, my parents and friends were alarmed and another doctor’s appointment was made. This time, she warned against taking SSRIs in the future and prescribed a mood stabilizer; however, she failed to tell me that I may have bipolar disorder. I was still under the impression that I just had one random summer of depression, one that was unlikely to ever happen again. The lack of open communication with me paired with the lack of follow-up led to my unraveling.

Mania came in like a storm, destroying my ability to function and reason. I was obsessed with my psychiatric diagnosis. Depression just had to be wrong! Since the doctor got it wrong, it was up to me to diagnosis myself. I mean, who knows me better than I do? That is what my manic thinking led to: hours of researching psychiatric diagnoses, family medical histories, and my own erratic behaviors over the past few months. Through a professor’s recommendation, I ended up seeing a clinical psychologist who officially diagnosed me with bipolar disorder. When I asked her if it was fine to not take medication, she said that I may need a small dose but I might be fine without any.

During the process of being evaluated by this clinical psychologist, I went from hypomania to full-blown mania, the classic type with delusional grandiosity, irrational behaviors, paranoia, excessive energy, insomnia, weight loss, and odd goal-oriented behaviors. I went on one manic road trip in search of the answer to my mental health problems, landing in an ER in another state with a doctor who didn’t know what to do with a mildly manic girl who wanders in the middle of the night into his small hospital, one unequipped for mental health emergencies. My parents were called, I was picked up, and I simply went home.

Shortly afterwards, I went on another manic road trip, this time to D.C., on a grandiose mission to talk to the current president and tell him of my grand plan to completely revolutionize mental health care. When I had a panic attack in front of the White House, an ambulance was called. Once again, I was released without having to be admitted, despite clearly being in a full-blown manic state. From D.C., I went to Durham, where I told a hospital officer there that I simply wanted to talk to a psychiatrist. I could see this was getting out of control and was not looking forward to the depressive crash sure to follow this euphoric, manic high. I knew that it would take weeks in order to see a psychiatrist in the outpatient setting, and I didn’t have weeks.

In the ER, I was told that I would have to become an involuntarily committed patient in order to get any help. This led to my first in-patient hospitalization, a very unhelpful week full of arguing with doctors and feeling imprisoned in a ward full of pain, desperation, and hopelessness. When I wasn’t given a timetable for when I would be able to leave, I was advised by a member of the hospital to just do what I was told, then I could do whatever I wanted when I left the hospital. It became apparent that the hospital was not the place to actually get treatment: it was simply an overpriced stay in a glorified cage.

As soon as I got out of the hospital, I stopped taking the medications I had been forced on. My clinical psychologist no longer wanted to see me following my manic episode and hospital stays, making me feel like I was too severe a case to even get help. If someone in the hospital had sat me down and taken the time to actually listen to me and explain my condition, perhaps I would have been less resistant to psychiatric treatment. Instead, I was being threatened, told I wouldn’t be able to leave the ward unless I took the pills. Resentment builds when the patient feels deprived of any options or freedom.

My second hospitalization featured two police officers showing up at my door, with me being transported in handcuffs to the hospital as if I had committed a crime. The nurse in the ER yelled at me, accusing me of being suicidal. I actually was not… but the longer I stayed there, the worse I became. I refused to be stripped of my clothing and I repeatedly tore off my patient wristband in a little act of rebellion; I refuse to be a “crazy” psychiatric patient and lose my identity as a person.

I could feel myself become more manic, a dark type of mania with a depressive, desperate edge. In the small closet of a room, I was hyperaware of everything from the overwhelming pain it must have taken a former patient to etch “KILL ME” into the wall to the adrenaline and panic flooding my veins. I couldn’t stand to be in the room, so I paced the short hallway, back and forth at a frantic pace endlessly. Hours later, patients opened up their doorways. One girl commented that she realized the purple scrubs she was forced into labeled her as the “crazy” patient. I remarked, “If you aren’t suicidal when you get in, you sure as hell are by the time you get out.” It is no surprise to me that suicide rates increase following a hospitalization; the trauma one can experience as a patient is often overlooked, from being confined in small rooms to complete isolation to being forced onto medications which make it difficult to even walk.

The following year, my summer was once again full of suicidal ideation. This time, however, I had countless pills on hand. I discovered that psychiatrists do not really keep up with how much medications are prescribed or even if I was compliant. Also, my doctor prescribed me benzodiazepines, something I did not need and certainly should not have been given at all. He was another mental health provider that failed to see the obvious: my constant suicidality.

That summer, I overdosed on pills more than once, one time landing myself in the ER. That time, I remember feeling so overwhelmed by my feelings that I just wanted to die. After taking pills, my memory fails me. I woke up the next day incapable of remembering entire conversations I had or how I ended up in the hospital. This time, given an actual suicidal time in my life, I was immediately released, no psychiatric stay required. Once again, someone failed to see the obvious. At the mandatory follow-up appointment with my out-patient psychiatrist, not only did he not get into the overdose, but he actually was ready to prescribe even more of the very pills that just landed me in the hospital.

I feel like I have been failed by the healthcare system over and over again. I expected to be able to rely on therapists, psychologists, and doctors to properly evaluate, diagnosis, and treat me… especially when chronic suicidality is in the picture. Instead, I have a lengthy list of ways I have been failed. These failures have often added to my hopelessness. It is hard to see the point in even seeking treatment with a history of it failing me. I have driven myself into a worse mental state with my anxiety over my diagnosis and related healthcare. Each failure by the mental health system was a missed chance to save a life. 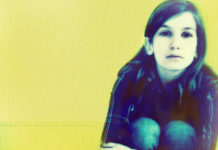 No, Dr. Friedman: The Solution to Teen Suicide is Not So Simple 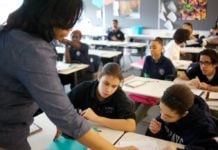