From HuffPost: “When I was a kid, my mother locked me in a warehouse and left me there. For 16 months. Her husband had been beating and molesting me, but then I hit puberty and started fighting back ― and nobody wants to deal with a loud, angry teenager.

The warehouse was occupied by a ‘tough love’ program called Straight Inc. Straight branded itself as a drug rehab for kids. The American Civil Liberties Union called it ‘a concentration camp for throwaway teens.’ Straight opened in 1976 with a single facility in Florida; over the years it would branch out to include operations in California, Georgia, Maryland, Massachusetts, Michigan, Ohio, Texas and Virginia. My stint began in one of the more brutal branches in Springfield, Virginia; I finished my time in the Stoughton, Massachusetts, warehouse. […]

Straight had a brilliant formula for getting us to believe we were addicts and admit to our misdeeds, whether we were one of the handful of kids who actually had a drug problem or one of the vast majority who had barely drank a beer.

Lock us in a building with no windows.

Beat the crap out of us verbally, physically and psychologically.

Make it clear the beatings won’t stop until we not only admit but believe we are evil druggies.

Show us the look, the behavior, the thoughts we need to adopt, in the form of kids who have earned what we most crave: tiny slivers of freedom, and eventually, release from the warehouse.

It’s a time-tested, proven method for behavior modification. A congressional investigation of The Seed, the program from which Straight Inc. was a spinoff, compared it to the brainwashing techniques used in Communist North Korean prisoner of war camps.” 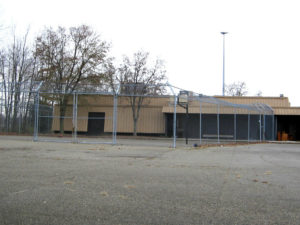