From The Psychologist: “Between 2017 and 2018 one in four adults in England were prescribed drugs which could lead to dependence or debilitating withdrawal effects, a Public Health England (PHE) review has revealed – with prescription rates rising for some classes of drug. Antidepressants were included in the review, for the first time in a government-level report, despite many years of denial that the drugs could cause long-term, severe withdrawal effects.

Professor of Clinical Psychology John Read (University of East London) served on the PHE review expert reference group as a representative of the British Psychological Society, in part thanks to a systematic review on antidepressant medication he conducted with James Davies (University of Roehampton). That review found that more than half of people experience withdrawal effects when stopping antidepressant medication, that almost half of those described the effects as severe, and that withdrawal effects can last for weeks or months.

‘It really is a first for a government-level report to look into [antidepressant withdrawal] in that depth and come out with those strong recommendations acknowledging the extent of the problem,’ Read told us. ‘It is hugely important. When we look back on all this in 20 year’s time this will be a turning point.’” 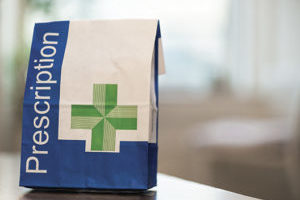