Mental health apps are rarely “evidence-based,” according to a new study published in JNCN in Advance. Additionally, most apps require purchase, and the privacy policies are incomprehensible to the layperson. That’s according to researchers led by Mia Minen at New York University.

Minen and the other researchers looked at the 83 most popular apps for migraine, Alzheimer’s disease and dementia, depression, anxiety, and depression and anxiety combined. They found that only 18% of the apps even claimed to be evidence-based.

The researchers did not scrutinize the evidence cited by the companies, but they did notice that “that evidence was often minimal and of a pilot nature.” Pilot studies often use strange or unscientific outcomes to assess whether people would even want the intervention, and these are usually done before assessing actual clinical outcomes.

Only a single app offered an “established intervention”—Betterhelp, which provides therapist-supported cognitive behavioral therapy. It is unclear, however, if even this intervention is evidence-based when delivered through the app.

The abstract for the current study was published last year by the same authors (in a slightly different order). In that publication, the authors were more explicit:

“There is a disconnect between apps claiming to provide intervention and apps being thoroughly studied and evidence-based. Despite this, many apps requested payment to acquire full app function.”

The researchers included a lawyer to evaluate the privacy policies of the apps. They concluded that the policies were too complex to be readily understandable by the layperson. Even when written in supposedly clear language, the average user would be unaware of what level of sharing or selling personal data might be permissible under the agreement.

The researchers intimated that they had asked laypeople about the privacy policies as well—although this was not described in their methodology.

“While the majority of the apps had privacy policies, lay people had difﬁculty understanding their implications,” they write.

This is consistent with previous research, which found the apps’ privacy policies just as inscrutable.

Interestingly, in last year’s publication, researchers Mia Minen and John Torous declared that they had no conflicts of interest regarding this research. However, in the current publication, they report their conflicts correctly.

Concerns have been raised about the use of healthcare apps that are untested and do not actually show the results they purport to show. They may lead to harms such as overdiagnosis, according to researchers.

In his previous interview with Mad in America, Torous put it this way:

“A lot of the digital mental health offerings directed to consumers are not evidence-based. They’re often not effective, and they’re often not safe, in that the business models take people’s personal health data, market it, sell it, or who knows what they’re actually going to do with that data.” 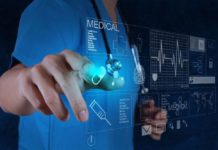