A recent methodologically novel study on the nocebo effect sparked discussion in the Journal of the American Medical Association (JAMA) about how patients are adversely affected by negative expectations about their treatment.  The greater a patient’s negative perception of treatment or medication, the stronger the nocebo response.

This first of its kind study found that patients’ negative expectations for statin therapy contributed overwhelmingly to intolerable adverse side-effects:

“SAMSON, in fact, found that 90% of adverse effects from statins were explained by this nocebo effect. The nocebo effect is a massive burden; in our 60 patients, side effects were so bad that they had to come off the tablets on 71 occasions.” 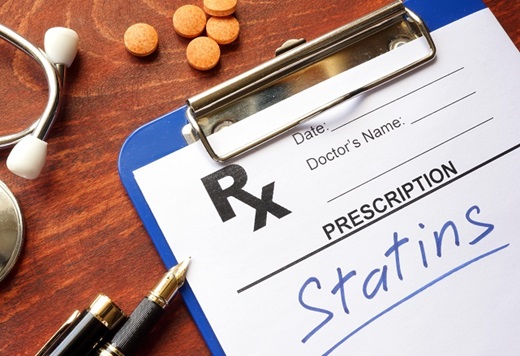 Pharmaceutical research has increasingly turned to the role of placebo and nocebo effects over the past years. While the placebo effect receives more public attention than its nocebo counterpart, both are meant to account for extra-pharmacological influence on the emergence of side-effects.

Factors like the patient-doctor relationship and the expectations relayed therein have been found, for example, to account for a significant share of symptom improvement for patients taking antidepressant drugs. Amazingly, patients who know they are taking a placebo pill also report reductions in chronic pain.

Nocebo differs from placebo. The former describes worsening symptoms resulting from negative signals in the patient-doctor relationship and other messaging that discredits specific drugs, treatment methods, or even the medical establishment as a whole. Some research shows that the nocebo effect is more powerful than the placebo effect, particularly when patients feel misunderstood or “disbelieved” by their own doctors during the consultation.

The Journal of the American Medical Association covered the results of a study called SAMSON, or the “Self-Assessment Method of Statin Side Effects or Nocebo.” The study put 60 participants who had previously discontinued statin therapy because of intolerable side effects on a round of half atorvastatin and half placebo pills for a year (in a random sequence, so they were unaware). Patients’ self-reports of symptoms test the strength of the nocebo effect by adding a non-treatment arm of the trial, so that ever-present background symptoms (e.g. of pain or aches) could be subtracted from the equation of the drug’s effects.

The trial ended with a debrief of the patients, showing them how they rated their symptoms during the month-long periods when taking the placebo. Patients were incredulous to find that some of their worst months had been when they were only taking the placebo rather than the statins. Less than one-third of the patients continued to believe their side effects resulted from treatment by statins, while the study convinced the majority that they could safely resume statin therapy.

The nocebo effect has been reportedly present in statin therapy in the past, but this is the first study designed to demonstrate this effect to patients.

The study’s participants had first-hand evidence that “just the simple act of taking a pill, where they might have been expecting side effects, explained much of the symptoms,” explained Donald Lloyd-Jones, president-elect of the American Heart Association (AHA).

While these results may not be generalizable to all patients who take statins, they do show that the nocebo effect dominates patients’ experience of statin therapy and casts light on the rarity of actual side effects. Statin therapy is the target of unusually strong skepticism that the study’s authors believe to be caused by baseless claims for the sake of market manipulation on behalf of drug companies. Its reputation hit an all-time low when the FDA issued a statin warning in 2010 when an increased risk of myopathy was observed in patients taking extremely high doses of simvastatin.

Statins treat asymptomatic chronic diseases and have passed a very high bar for safety, but at the same time do not deliver immediate satisfaction or relief. This makes their effects difficult for patients to understand and makes them vulnerable to what they read about statins online.

Other contributing factors to nocebo more broadly are patients with a history of anxiety and/or depression, those who believe they are sensitive to medications, and especially those who tend to have low trust in doctors. Patients who report nocebo symptoms are suffering, and this should not be diminished. However, they are often attributing symptoms of aging, not eating well, stress, or the underlying disease to the drug instead.

The nocebo effect occurs especially when a patient has incorrect information about a drug or prior negative experiences with medications. Physicians really taking the time to explain the effects of the medication and even how past trials have gone can remedy much of this. It is a matter of putting the possibility of adverse effects and the drug’s reliability, efficacy, and tolerability into sharp relief for patients.

This study shows that it is well worth the time it takes to fully explain prescription medications to patients and develop trusting doctor-patient relationships. While most patients will not participate in a study designed to show them how they have been affected by the nocebo effect, patients should have access to correct information and doctors they feel are trustworthy.