From BJGP Life: “In 1996, when I was prescribed an antidepressant, there was already published research that showed SSRIs caused withdrawal effects. However, at that time, the Defeat Depression campaign had successfully created a narrative adopted by most prescribers, in which anxiety or depression were described to the patient as caused by a ‘chemical imbalance in the brain’ and that SSRIs were safe, effective and non-addictive. Why would a doctor feel the need to do a full literature review?

Today the word is out that my experience of attempting repeatedly to stop taking the drug and experiencing increasingly severe withdrawal effects is by no means uncommon. We now know a drug can cause dependence without causing addiction. Dependence is simply the physiological consequence of taking a drug which causes the body (especially the brain and central nervous system) to change its structure and functioning in response to the ongoing presence of the drug – for example, an antidepressant. The Public Health England (PHE) report Dependence and withdrawal associated with some prescribed medicines, an evidence review published in 2019, established that 25% of adults in England were taking a dependence-forming drug. This led to the Royal College of Psychiatrists publishing a new position statement on antidepressant withdrawal, identifying it as potentially ‘severe and long-lasting’, and something that patients should be made aware of during informed consent for these medications.

As a busy GP, should you wish to learn more through reading current research, which papers give you the best insight into this subject? I would suggest the following four, chosen because each of them addresses some element of my 17 years on these drugs, helping to make sense of what happened to me, and to explain why it was such a painfully long and unpleasant journey.” 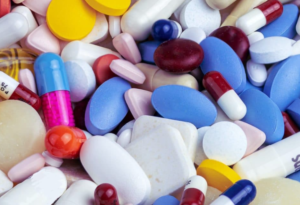