From MedPage Today: “Many observers don’t fully appreciate how the FDA has taken a position that is indefensible. The agency does not guarantee that drugs that come to the U.S. market actually help Americans live longer or better lives (beyond what could be achieved without these drugs). At the same time, the FDA insists on interfering in the market and sets arbitrary standards for approval. The combined effect is the worst of all possible worlds: we don’t know if drugs work, and the companies can charge massive prices for them!

. . . What is the American public to think? We have an agency that is happy to approve $100-billion-a-year drugs to a desperate and vulnerable population without knowing that patients are better off. Society pays for those costs — often through Medicare — but that same society won’t pay for a caregiver who might actually ease the burden on families who have a loved one with Alzheimer’s. If drugs approved by accelerated approval later don’t work, experts are happy to continue to keep them on the market, citing anecdotal impressions of their utility. The bar for approval is ridiculously low, but not absent altogether — a fact that facilitates high drug prices. Finally, the people who work at the FDA later go to work predominately for the companies that profit from the FDA’s lax standards. The revolving door spins so fast it might hit you in the rear.

Our system is grievously and horribly broken. I have been following it closely and my worry is that I see no signal it is getting better any time soon.” 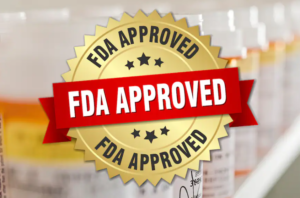