In a new article in Psychological Medicine, the medical sociologist Andrew Scull offers a critical look at the development of American psychiatry over the past 3 decades. He critiques American psychiatry’s reliance on biological understandings of mental illness, exploring how the Diagnostic and Statistical Manual of Mental Disorders (DSM), referred to as the “bible” of psychiatry, has yet to capture the phenomenon of ‘mental illness adequately.’ Scull also identifies concerns about future mental health research and psychiatry’s failure to address the high mortality rates of persons labeled as ‘mentally ill.’

Scull, a distinguished professor of sociology and science studies at the University of California, San Diego, writes:

“. . . the shortcomings of contemporary psychiatry undeniably must also shoulder a good deal of the blame for a situation where the life expectancy of someone with psychosis is decades shorter than that of the rest of us, and where that abbreviated life too often consists of an alternation between the jail, the flophouse, and the gutter − with all-too-brief psychiatric interventions largely confined to the prescription of antipsychotic medications.” 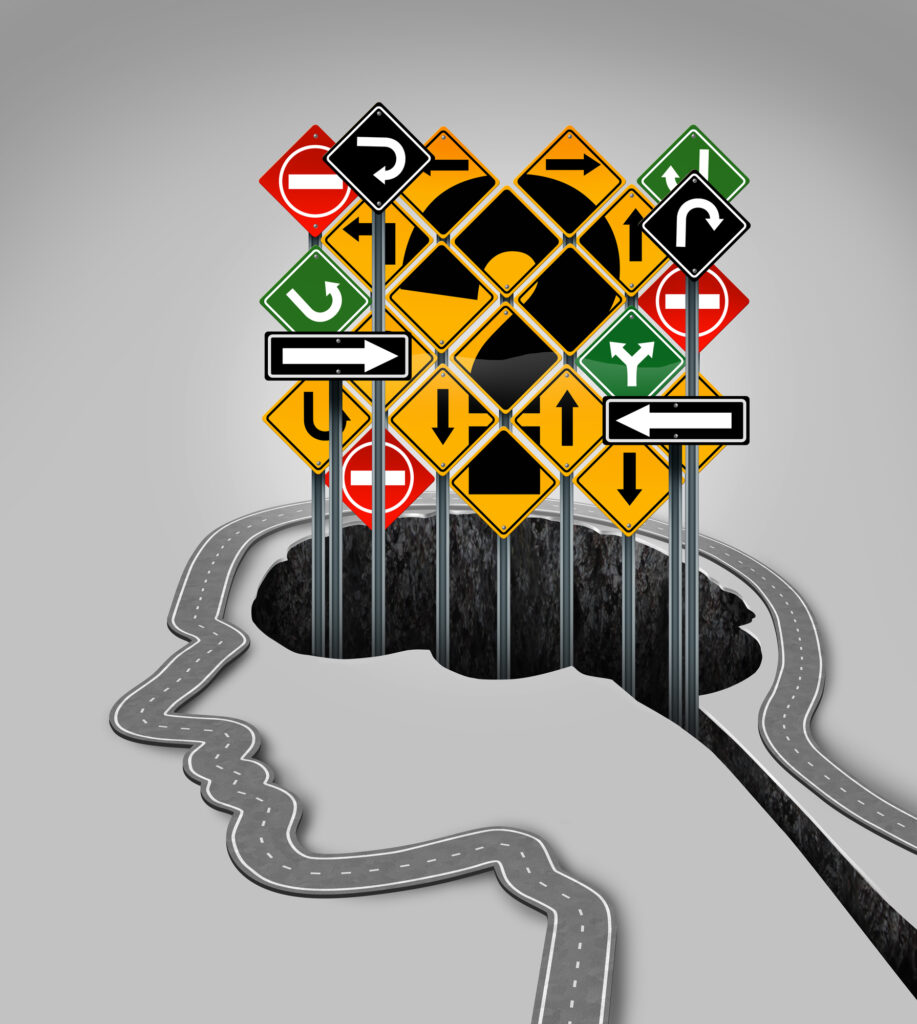 The DSM-5, published in 2013, is the latest edition of the American Psychiatric Association’s diagnostic manual. The contributors to the DSM-5 initially had hoped to radically change the approach to diagnosing mental illness, citing the failure of current research on mental illness to clearly identify the causal factors that contribute to distinct mental health disorders. Their hopes were based upon the belief that neuroscience and genetics research was close to identifying the biological causes of mental health disorders, beliefs which they used to justify moving towards a diagnostic system that did not rely solely on symptoms, as previous predecessors to the DSM-5 had.

The development of the DSM-5 was surrounded by controversy and widely critiqued. Some critics argued that the new DSM, like those before it, would continue to expand diagnostic categories and, as a result, pathologize normality. Other critics expressed concerns about eliminating the diagnosis for ‘Asperger’s syndrome’ and the Task Force’s plan to narrow the criteria for autism. Ultimately, the Task Force created the category ‘autism spectrum disorder,’ and what was previously conceptualized as Asperger’s syndrome fell underneath this umbrella.

In addition to criticism from both sides of the spectrum, the DSM-5 was heavily criticized by Robert Spitzer and Allen Frances, who were the primary developers of three previous editions of the DSM. Spitzer was critical of the closed-door policy that the DSM-5 Task Force took to develop the new edition. However, the two taskforces he had facilitated were also held in secrecy. Frances, like other critics, voiced concerns about the expansion of the definitions of mental illness.

The controversy that accompanied the development of the newest edition of the DSM ultimately led to personal attacks and infighting in the psychiatric community. Although critiques by individuals like Spitzer and Frances did not prevent the DSM-5 from being published, they did contribute to delaying publication and undermining its legitimacy.

The lack of leadership within the DSM-5 Task Force also led to differences in opinion among task force members themselves – with some promoting the loosening of criteria, like in removal of the bereavement exclusion in the diagnosis of major depressive disorders. In contrast, others argued for a tightening of criteria. As a result of the disorganization of the Task Force, an oversight committee was developed by the Board of Trustees of the APA, which was then followed up by a ‘Scientific Review Committee’ which reviewed all proposed changes and made suggestions to the APA President and Board of Trustees.

While the DSM-5 Task Force had hoped to move from symptom-based diagnoses to diagnoses grounded in biological understanding, they ultimately failed in their attempt:

Further, the attempt to move from a symptoms-based to a more dimensional approach, which understands mental illness as ranging along a spectrum, was shut down by clinicians who were fearful that clients with mild forms of mental health issues would not be able to receive insurance reimbursement for their treatment.

Scull highlights how the move from a social focus in psychiatry to biological understandings can be traced back to the Reagan era, where societal factors like poverty, inequality, and migration were ignored in the service of a politically favorable biological approach to mental illness. The biological approach was also influenced by the pharmaceutical industry’s financial contributions, which led to a move away from psychoanalysis and a move toward psychopharmacology.

Interest in the genetics behind mental illness faltered following World War II due to its associations with the Nazi regimes’ murders of those determined to be ‘mentally ill.’ Still, a resurgence in interest occurred in the 1970s and 1980s with new technologies in the study of genetics and DNA. Although the profession believed that these technologies would lead to discovering the genes behind mental health disorders, such discoveries never occurred.

While there have been claims that the genetic basis of schizophrenia has been discovered, these claims have time and time again failed to be replicated, which is crucial in proving the validity of the research.  Scull writes:

“Genes, it seems, are not fate, and the thousands of alleles that contribute a small additional risk of illness do not operate ‘in a simple deterministic manner.’ Developmental and environmental factors must play a crucial role in whether the ‘nudge’ of these alleles manifests itself in mental disorder, which suggests that the over-emphasis on the biology of mental disorder has been a strategic mistake.”

Additionally, while there have been major advances in neuroscience, they have not contributed to any further understanding of mental illness. Yet, this has not stopped recent National Institute of Mental Health (NIMH) directors from pouring funds into biological research.

One former director, Thomas Insel, spoke of his regret:

“I spent 13 years at NIMH really pushing on the neuroscience and genetics of mental disorders, and when I look back on that, I realize that while I think I succeeded in getting lots of really cool papers published by cool scientists at fairly large cost − I think $20 billion − I don’t think we moved the needle in reducing suicide, reducing hospitalizations, improving recovery for the tens of millions of people who have mental illness.”

Presently, the major causes of mental illness are unknown, although it is increasingly understood that it is the result of a complex combination of both social and biological factors. Moreover, doubt has been cast on whether certain groups of diagnoses, such as schizophrenia and major depressive disorders, should actually be bound together, calling the current diagnostic system into further question.

The DSM-5 has been critiqued for lacking validity, with critics arguing against a symptom-based approach and pointing to a lack of consistency, as the categories are symptom-based and dependent on the subjectivity of the clinician to determine.

Examining how psychiatry has fared in relation to identifying successful treatments, Scull accuses the profession of falling short in its reliance on antidepressants, tranquilizers, and antipsychotics as ‘cures.’ He points to inconsistencies in symptom-relief, the ineffectiveness of these drugs, and highlights damaging and dangerous long-term side effects such as weight gain, risk of diabetes and heart disease, and movement disorders like tardive dyskinesia. Research elsewhere has found that those who are able to slowly stop using antipsychotic drugs may be more likely to recover.

The data on clinical trials of antipsychotics is largely held by drug companies, who selectively determine what findings to release and suppress. Pharmaceutical companies also use academic researchers to support their “research” by lending their names to ghost-written papers that are, in actuality, written by individuals employed by the drug companies. Drug company misconduct is well-known, as seen in the various lawsuits and the resulting fines imposed upon them.

In addition, the deinstitutionalization movement has affected the current mistreatment of those deemed ‘mentally ill.’ Although psychiatric hospitals were supposed to be replaced with community care, such care is sorely lacking, which in turn has contributed to the imprisonment and homelessness of those struggling with mental health issues.

Along with deinstitutionalization, psychiatrists’ move away from institutional practice to the more profitable private practice has resulted in a profession that lacks interest in the care of those who are impoverished or labeled as “difficult” clients. This, coupled with a political focus on ‘welfare reform,’ has resulted in a lack of adequate resources available to treat those in need.

Scull powerfully concludes his critique of the development of American psychiatry over the past 30 years:

“From the patient’s point of view, all these developments have occurred alongside the collapse of public psychiatry and the consignment of many of the mentally ill to the squalor of the streets and the terrors of American jails. For those retaining any lingering disposition to embrace a narrative of psychiatric progress, there is the brutal reality that those suffering from serious mental illness have a lifespan of 20 to 30 years less on average than the rest of us – and this is a mortality gap, moreover, that is increasing, not diminishing.”

Will Carpenter, Chair of the DSM-5 Psychosis Work Group, followed up with Scull’s critiques in a commentary. Carpenter agreed with most of Scull’s criticisms, especially broadly, that American psychiatry has failed those that need the most help. Carpenter also offers potential steps, based on Scull’s criticisms, that can be taken to improve the understanding and treatment of mental illness.