The Lack of Evidence for ECT

To the surprise of many people, electroconvulsive therapy (ECT) is still being administered to approximately a million people a year internationally, predominantly women and old people. It involves passing enough electric current through the human brain, eight to twelve times, to cause convulsions, in the hope of somehow alleviating emotional suffering, primarily depression.

Our recent review reported that there have only ever been 11 placebo-controlled studies (where general anaesthesia is administered but the electric shock is withheld). All 11 were pre-1986, had very small sample sizes, and were seriously flawed. Four found ECT produced better outcomes for some patients in the short-term, five found no difference between the two groups at the end of treatment, and two produced mixed results, including one where psychiatrists’ ratings produced a difference, but the ratings of nurses and patients did not.

No studies have found any evidence that ECT is better than placebo beyond the end of treatment. Nevertheless, all five meta-analyses relying on these studies have concluded that ECT is more effective than placebo, despite the studies’ multiple failings. Meanwhile evidence of persistent or permanent memory loss in 12% to 55% of patients has accumulated. 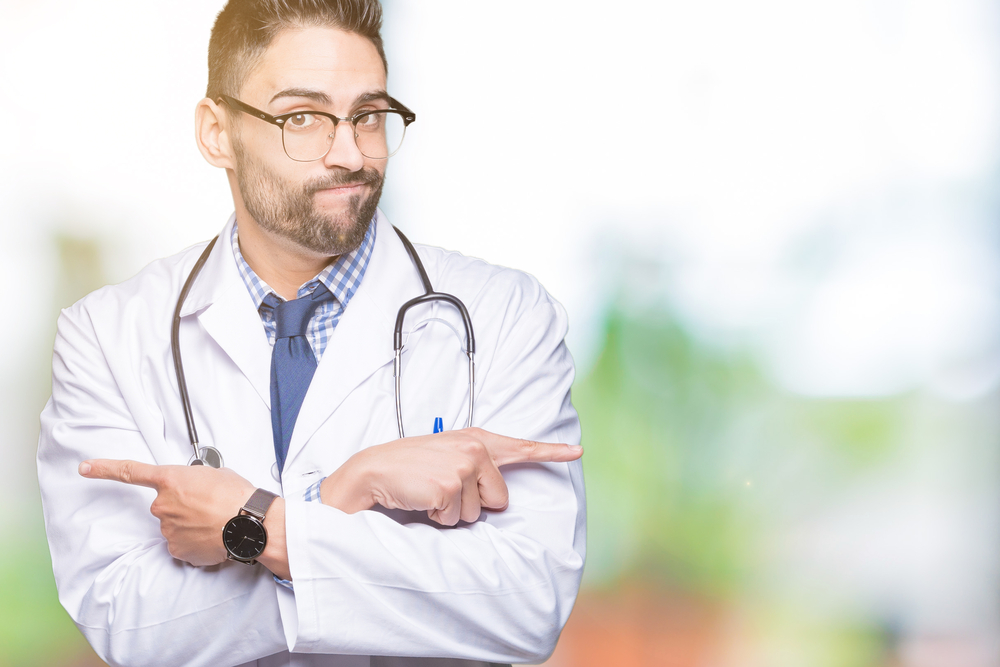 Attempts to highlight this absence of robust evidence that ECT is effective and safe are routinely dismissed, diminished, denied and denounced. Most recently (27 Jan. 2022) Drs Meechan, Laws, Young, McLoughlin and Jauhar attempt to discredit my two systematic reviews of the eleven pre-1986 studies, in 2010 and 2019, the latter of which also reviewed the five meta-analyses that had ignored the studies’ failings.

The first had been written with esteemed British Clinical Psychologist, Professor Richard Bentall. The second was written with Professor Irving Kirsch, Associate Director of Placebo Studies at Harvard Medical School. Listen to a Mad in America Interview with Professor Kirsch and myself about our review here.

In my rebuttal to Meechan et al. on 15 Feb. 2022, I have identified over 15 ‘misrepresentations, omissions, inconsistencies and logical flaws’ along with two or three reasonable criticisms of our review. My rebuttal ‘reaches the conclusion that Meechan and colleagues fail to make a fact-based, coherent argument against suspending ECT pending a series of large, carefully designed placebo-controlled studies to establish whether ECT does have any beneficial effects against which to weigh the significant established adverse effects.’

This was actually the sixth rebuttal I (and my co-authors when they have had time) have written in the past year in response to similar, serial attacks on our ECT publications. Indeed, this most recent rebuttal is called ‘Response to yet another defence of ECT despite the absence of robust efficacy and safety evidence’. Most of the criticisms Meechan et al. make had indeed been repeatedly raised before, often in quite vitriolic terms, and have been repeatedly rebutted: Andrade (2021)—refuted by Read (2021); Anderson (2021)—corrected by Read (2021); Gergel et al. (2021)—rejected by Read et al. (2021); Henry (2021)—countered by Hancock et al. (2021); and Kirov et al (2021)—rebutted by Read et al. (2021).

None of these rebuttals to, and corrections of, the points they regurgitate in their own attack on our work are mentioned by Meechan et al., even though some of Meechan’s co-authors actually helped write some of the previous attacks.

The dwindling number of psychiatrists who use or defend ECT can be surprisingly rude for medical professionals/scientists. Examples of the vitriolic tone in these papers are:

‘misinformation;’ ‘manufactured controversy’; ‘so extreme that to respond to them might give them a legitimacy that they do not deserve’; ‘polemic dressed in the clothes of a scientific review’; ‘adversarial’; ‘emotive language’; ‘sophistry’; ‘stigmatising ECT’; and ‘impassioned statements, mis-citing and possibly misunderstanding of the tenets of evidence-based medicine, and particularly troublesome ethical stance – Read et al.’s response adds very little to anything approaching reasoned scientific debate’.

The only exception was the thoughtful critique, without personal barbs, by Dr Michael Henry, Head of ECT at Massachusetts General Hospital, in a debate in Psychiatric Times; but the tone of the debate was soon lowered when the President and Chair of the International Society for ECT and Neurostimulation accused myself and my two co-authors (both ECT recipients) of being ‘ideologically driven’, of ‘spreading misinformation’ and of having ‘questionable motives’.

This rather ill-tempered assortment of attempts to discredit our work has provided enough material for an analysis, albeit informal, of their consistencies. It seems there are six standard responses used in efforts to counteract the absence of any robust evidence that ECT is better than placebo.

The six defences against the absence of any evidence of efficacy from randomized, placebo-controlled studies (RCTs) of ECT:

The first is that ECT has been used for so long that it must be effective. Unfortunately, the history of psychiatry is littered with treatments thought to be safe and effective, which turned out to be neither. Lobotomies and rotating chairs come to mind, for example.

The second is that it is unfair to apply today’s standards of evidence-based medicine to studies conducted 40 or 50 years ago. This at least admits that there is no robust evidence. It also begs the question: why have none been conducted since 1985?

The third defence, an attempt to answer the above question, is that it is unethical to conduct studies that withhold a treatment which we believe works from severely depressed, suicidal patients. Arguing that we can’t find out whether X actually does work because withholding X is unethical because we believe it works, renders ECT proponents beyond the realms of normal science and evidence-based medicine.

The fourth is to argue that RCTs aren’t essential because other types of studies can be relied upon, such as comparisons with antidepressants or between different types of ECT, along with clinical impressions. A 2017 review of these non-placebo studies found that ‘89% produced no meaningful follow-up data beyond the end of treatment, and none investigated whether ECT prevents suicide.’

The fifth is to acknowledge the absence of evidence of any benefits beyond the end of the treatment period but argue that this doesn’t matter because you can maintain the short-term effects with antidepressants. This ignores the fact that ECT is primarily recommended for ‘treatment-resistant depression’, i.e. for people for whom the drugs don’t work.

The sixth defence, as we have already seen, is to shoot the messenger. Researchers and ECT recipients who question the efficacy and highlight the adverse effects of ECT are often publicly denigrated, by ECT advocates, as ‘anti-psychiatry ideologues’, ‘extremists’ ‘Scientologists’ and ‘nonmedical zealots’, who are spreading ‘garbage’ and ‘dangerous misinformation’. See, for example, comments from psychiatrists in response to Medscape’s coverage of the Read et al. (2019) review:

The publication of Meechan et al.’s paper last month was followed by a further outpouring of hate posts on social media from psychiatrists, including ‘scientific fraud’ ‘fabricated to make a tawdry campaign appear to be research’ ‘usual tosh from anti psychiatry psychologists who are allergic to accurate facts’, and ‘exposes glaring biases/shocking incompetence/harmful misinformation of its pseudoscientific critics’.

Readers should remember that one of the authors of the paper being defamed is Professor Irving Kirsch of Harvard Medical School. Outlets that had reported our 2019 review were described as ‘shocking’. One psychiatrist even denigrated the ‘journals that will publish his work’ on ECT, and the journals’ editors and reviewers, describing them as ‘terrible’. These journals include Lancet Psychiatry, The British Medical Journal, The British Journal of Psychiatry, Psychological Medicine, The Journal of Clinical Psychiatry, and Epidemiology and Psychiatric Sciences.

You can decide whether our campaign is ‘tawdry’ for yourself.

One variation on defence number 6 is to try to belittle any criticisms as being  part of a ‘guild war’ between psychiatry and psychology. The fact that the Editors of every psychiatry journal that published an attack on our work readily allowed us a response suggests this is not the case. Furthermore, I would like to thank Sir Robin Murray, esteemed British psychiatrist and Editor of Psychological Medicine, who invited me to write the recently published editorial ‘Depression: Why Pills and Electricity Are Not the Answer’, which I wrote with another esteemed psychiatrist—Professor Joanna Moncrieff.

The final psychiatrist I would like to honour is one I have never met. In the midst of the fear and loathing being heaped on us in Medscape, Dr Sandra Brink commented:

“Today I resent myself for agreeing to receive ECT. My long-term memory was destroyed. Memories of childhood friends, memories of major events I attended, memories of my training as a psychiatric registrar, academic memories etc. I started struggling with simple spelling and calculations. I basically cannot recall an almost entire 3 years (2004-2006), including the relationship I was in at the time. I never told colleagues about this, as I felt ashamed. But I started talking to other people who had ECT and realized I am not alone. ECT robbed me of precious memories. And the inability to recall often caused embarrassment. In the 20 years after qualifying I have never treated a patient of mine with ECT. It will have to be a life vs death situation before I even consider it. The facts are real. You have permanent amnesia, retrograde and anterograde. I can understand some of the negative response by colleagues to this article, but I have to admit that I welcome their argument.”

I am not the first to wonder how such highly educated and well-intentioned people can defend an obviously dangerous procedure in the absence of any robust evidence of efficacy or safety, and, moreover, why some of them do it so vehemently.

A partial explanation, perhaps, comes from Professor Leon Festinger: He developed his theory of cognitive dissonance after closely observing a cult whose leader had received messages from another planet that a flood would destroy the earth on December 21, 1954. Many members quit jobs and discarded possessions in preparation. When doomsday came and went, some cult members acknowledged they had got it wrong, but the most committed adhered to their beliefs even more strongly (Festinger et al., 1956).

In “A Theory of Cognitive Dissonance” Festinger (1957) wrote:

“The existence of dissonance, being psychologically uncomfortable, will motivate the person to try to reduce the dissonance.  When dissonance is present, in addition to trying to reduce it, the person will actively avoid situations and information which would likely increase the dissonance.   … I am proposing that dissonance, that is the existence of nonfitting relations among cognitions, is a motivating factor in its own right. Cognitive dissonance can be seen as an antecedent condition which leads to activity oriented toward dissonance reduction just as hunger leads to activity oriented toward hunger reduction.”

Or, in the words of Professor Paul Simon (1965), ‘A man hears what he wants to hear and disregards the rest.’

JR has received royalties for: Read J, Dillon J (eds) (2013) ‘Models of Madness: Psychological, Social and Biological Approaches to Psychosis’, Routledge, which includes a chapter on ECT which he co-authored. He currently holds the unpaid positions of Chair of the International Institute for Psychiatric Drug Withdrawal, and Member of the Board of Trustees of the Hearing Voices Network, England. In 2021 he received a fee from a law firm as an expert witness on an ECT case.

Dr Read’s opinions are his own and do not necessarily represent the views of his employer or any of the organisations of which he is a member.