In a new article published in Frontiers in Research Metrics and Analytics, Sergio Sismondo argues that pharmaceutical industry corruption of medical science has undermined the integrity of medical knowledge.

Rather than achieving this corruption through conflicts of interest, the present research examines corrupting strategies that traditional analyses cannot catch. In addition to the corrupting influence of industry money, the author points towards the “ghost-management” of medical research, a process by which industry representatives craft and publish research in the names of doctors and psychiatrists, as responsible for what he calls “epistemic corruption.” He writes:

“When a knowledge system importantly loses integrity, ceasing to provide the kinds of trusted knowledge expected of it, we can label this epistemic corruption. Epistemic corruption often occurs because the system has been co-opted for interests at odds with some of the central goals thought to lie behind it. There is now abundant evidence that the involvement of pharmaceutical companies corrupts medical science.”

This ghost management allows industry research to masquerade as independent, borrowing the legitimacy of medical science and ethical research by becoming nearly indistinguishable from it. 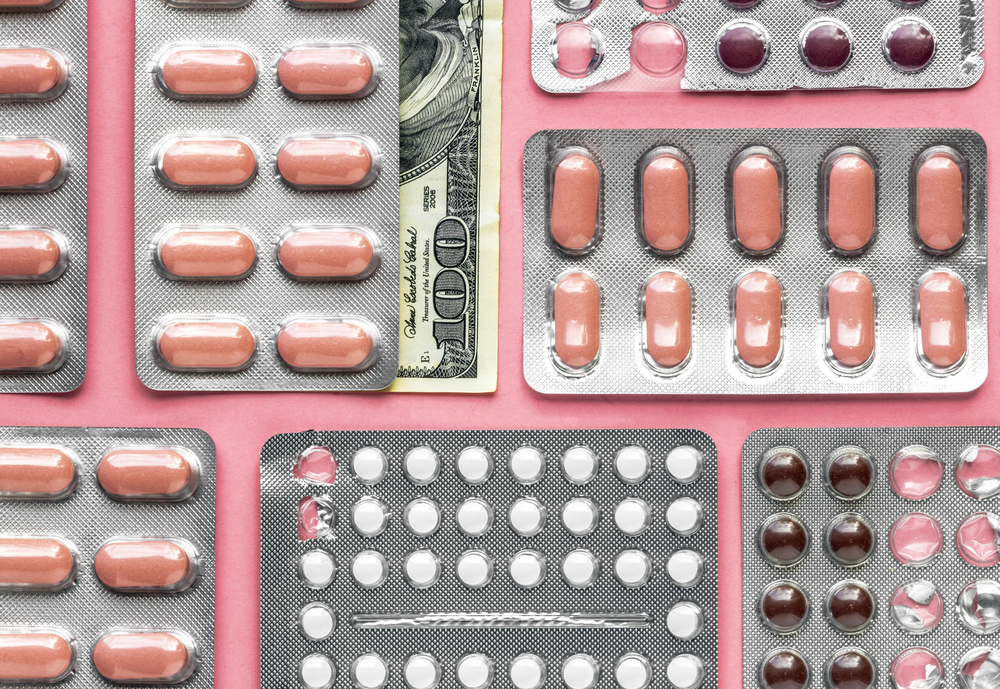 Many voices from within and beyond psychiatry have criticized the pharmaceutical industry for the corruption of medical science. Research has shown the pharmaceutical industry likely corrupts medical science through its funding of medical training. For example, one study showed that industry-funded medical education influenced physicians to prescribe more opiates. Another study showed a similar bias in industry-funded medical education around binge eating disorders.

Research has found that more than half of the DSM-IV panel members had financial ties to the pharmaceutical industry. The panels on both “Mood Disorders” and “Schizophrenia and Other Psychotic Disorders” were made up entirely of people with links to the industry. Additional studies have found that pharmaceutical industry payments to physicians increase prescriptions of industry drugs and increase medicare expenditures.

The problem of ghostwriting in medical science, the practice of industry representatives authoring research and subsequently bribing doctors and psychiatrists to publish it in their name, is so pervasive one researcher compared medical journals to infomercials. According to another researcher, ghostwritten, fraudulent, industry-sponsored research is more likely to be accepted for publication than a critical analysis of that same industry-funded research.

The present article begins by defining “epistemic corruption,” a situation in which an entire knowledge system loses integrity. For the author, the pharmaceutical industry’s involvement in the system of knowledge underlying medical science has resulted in the epistemic corruption of medical knowledge. Essentially, pharmaceutical companies use their substantial resources to co-opt the medical knowledge system for their interests. These interests are often at odds with more generally accepted principles of medicine.

One way the pharmaceutical industry corrupts medical knowledge is by funding medical research. For example, industry funding in clinical trials biases the research towards finding efficacy for industry drugs that likely do not exist. Although research has shown that funding biases research towards positive outcomes for the funding entity, that bias is well hidden and difficult to quantify using traditional bias identifying analyses. The present article suggests that this bias is so difficult to quantify because the corruption does not happen through the mechanisms researchers typically use to access bias. Instead, the industry uses a well-hidden “ghost management” system of medical research to achieve its goals.

“Ghost management” describes a system by which the pharmaceutical industry uses its influence to fund, design, organize, audit, analyze, and write up medical research that it then publishes in the names of legitimate institutions. These companies commonly design research to produce favorable, rather than accurate, results. Funding affects how data is interpreted, with interpretations favorable for the funding entity being more likely. Medical science corruption is so deep that it often manifests in scientific misconduct such as manipulating data and omitting unfavorable data. Industry trials with positive results are much more likely to be published in medical journals than trials with negative results, thereby biasing the literature. Sismondo writes:

“The pharmaceutical industry corrupts medical science and the medical literature through these mechanisms and many more. In the ghost-management of research, much of the corruption does not happen via traditionally conceived conflicts of interest of independent medical researchers. Instead, it happens by more direct actions by drug companies and their agents.”

The current work describes the insidious, difficult to quantify ghost management form of corruption as similar to the parasitic process of grafting one plant to another. In the process of grafting, the fruiting part of one plant is grafted onto the rootstock of another. The grafted plant then draws nutrients from its host. According to the author, a corrupt, fraudulent, industry-funded researcher has been grafted onto the rootstock of medical science, thereby borrowing some of its integrity while calling the entire body of knowledge increasingly into question.