The Unalienable Rights: Life, Liberty, and the Pursuit of Happiness

The original Declaration of Independence proclaimed that the pursuit of happiness is one of our natural rights, so it’s therefore the role of our government to secure it. This phrase, which came to embody the American spirit, referred to our freedom to put our time, effort, and abilities into actions that we hope will eventually help us achieve some goal that will make us happy. Guaranteeing our right to pursue happiness didn’t guarantee that we would achieve this goal, nor did it guarantee that its achievement would actually bring happiness. It didn’t even guarantee that happiness is an attainable state. 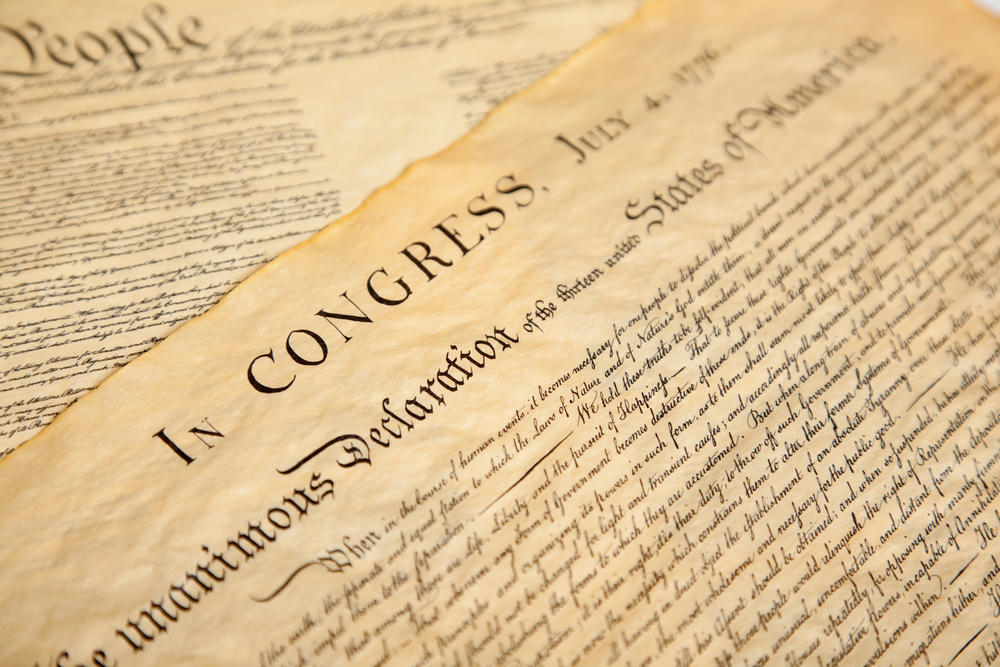 Then came modern psychiatry. Starting around 1990, it began spreading the word that unhappiness has been found to be a medically treatable disease. This fundamentally changed everything: Happiness thereby became an easily/quickly attainable state. No need to work at or accomplish anything – no need to pursue happiness other than by swallowing pills called “antidepressants.” And it became a right guaranteed to us by our government, since Medicare, Medicaid, and the Affordable Health Care Act enable nearly all Americans to have access to medical care.

Woohoo! Thanks to modern medicine, unhappiness has become a thing of the past, just as previous scourges such as tuberculosis, smallpox, and the bubonic plague did before it. Maybe if antidepressants had been around in the 1700s, there wouldn’t have been a Declaration of Independence; the colonists would have been happy and complacent, so there would have been no need to revolt!

The only problem with this “medically treatable disease” idea is this: When all of the outcome data was unearthed and reviewed for all of the antidepressants, it turned out that their benefits were due to the placebo effect rather than their actual chemical effects1. So they’re not really medicines; they might as well be sugar pills.

Oh well. That’s alright, because even if antidepressants are fakes, what really matters is that their usage alleviates suffering. Well…maybe in the short term it can. But it’s been consistently shown that over time, people who take them generally report getting more depressed2. (Perhaps this is because antidepressant users don’t work as hard on their life problems/challenges. What would be the point, once you’ve become convinced that depression is chemical/genetic?)

This could explain why most antidepressant users go from one antidepressant to another3, and why they usually also wind up adding addictive chemicals such as benzodiazepines (like Xanax) and/or opiates4,5. It could also be part of the reason why the suicide6 and overdose rates have steadily climbed ever since “antidepressants” became popular in the 1990s. So they don’t seem to really “treat” anything, either.

At least the ‘brain disease’ idea, with all the universities, medical organizations, government agencies, and professional journals upholding it, must have a firm scientific foundation. It’s been scientifically proven that depression is a type of physical illness, just like diabetes, right?

But if that was true, then why are there still no blood tests, or biological markers of any kind, used to diagnose depression (or any “mental illness”), or to evaluate patients’ progress? There’s just one logical explanation for this: All the intensive, expensive research done over the past half a century has failed to verify the “depression is caused by a chemical imbalance” theory. As much as we hoped it was true, it’s time to accept the reality that it isn’t. Sadness is not a real disease, after all. Maybe it’s just a normal human emotional response. Maybe life is just tough.

Wow. Not medicine, not treatment, not disease. 0 for 3.

I guess we should un-cross out that “the pursuit of” phrase. Biological psychiatry hasn’t really cured unhappiness, so Thomas Jefferson’s original wording still applies. Yet psychiatry’s popularity somehow continues to grow, and as it does, it’s having an ever-strengthening impact on America’s overall ethos, as follows:

Calling unpleasant emotions “medically treatable diseases” leads people to wrongly think that they’re helpless, and that their troubles are purely within themselves. If they think they’re upset due to bad brain chemistry or hardwiring, it’s unlikely they’ll try to address the problems in their personal/work lives (or in their overall society) which are upsetting them. They’ll in effect suppress their own free will. Instead of freely choosing from among infinite possible ways to respond, they’ll blindly submit to authorities (doctors) and strictly obey their orders. They’ll often be given sedatives that further erode their will. So it’s the second unalienable right (liberty) that psychiatry is steadily, insidiously chipping away at.

In the past, few people saw psychiatrists, and those that did were usually forced to. Psychiatrists were feared authoritarians whose involuntary commitments, shackles, tranquilizers, and lobotomies have always been used to restrict their patients’ rights and liberty. Maybe that’s why they once were called alienists. Isn’t our culture’s broadening voluntary embrace of psychiatry a threat to our democracy?