In a new study, researchers found that about 75% of veterans with a previous severe suicide attempt did not have a “serious mental illness” diagnosis. The highest-risk group was those that demonstrated externalizing behavior (harming others instead of lashing out at oneself), followed by those with substance use disorder. Both of these groups demonstrated higher rates of suicidality than those with schizophrenia and bipolar diagnoses. While using tobacco was associated with less suicidality than externalizing behaviors and substance use disorder, it was a better predictor of suicidal behavior than a diagnosis of major depressive disorder. 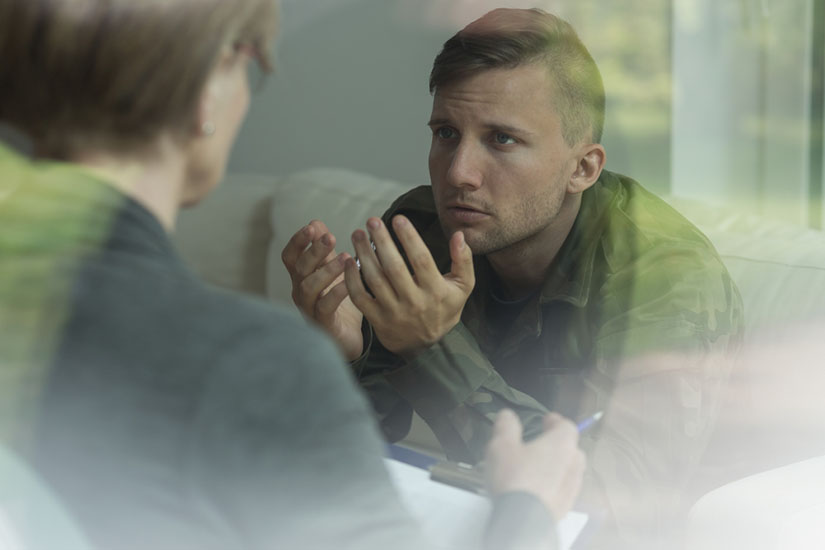 The article was published in The Journal of Clinical Psychiatry and the research was led by Alan Swann at the Michael E. DeBakey Veterans Affairs Medical Center, Houston, and Baylor College of Medicine. The researchers explored the connections between veteran’s suicide risk, psychiatric diagnosis, behavior regulation, substance use, and tobacco use. The data included 350,000 veterans from the United States Department of Veterans Affairs (VA) national Million Veterans Program.

The psy-disciplines have not had much success in reducing suicides. The psychotropic medications meant to help reduce suicides have been failures. The introduction of antidepressants did not see an overall reduction in suicide rates. However, research has linked antidepressant use to increased suicide risk. Some research indicates that antidepressant use more than doubles suicidal behaviors and increases the risk of violence. Similarly, lithium has shown to be no better than placebo in preventing suicide attempts.

The use of involuntary hospitalization, the primary protocol for handling a person that threatens to harm themselves in the United States, likely increases suicide risk. Attempts to screen for depression are also likely not helpful in preventing suicidal behavior.

Combat veteran suicide risk is many times that of the general population. In the United States, four times as many military-serving people have died by suicide than have died in combat since September 11th, 2001. Research has shown that treatment rarely helps with suicidal behavior in veterans. One study found that veterans without a diagnosis that received mental health treatment were twice as likely to die by suicide than those without a diagnosis that did not receive treatment. The same was true of veterans with a diagnosis. In other words, treatment seems to be exacerbating rather than relieving suicidal behaviors.

Research has found that veterans are commonly given prescriptions for both psychotropics and opioids simultaneously, a combination that can produce harmful effects. These veterans are also commonly prescribed medications that can exacerbate suicidal behaviors.

The current work begins by explaining that suicide is the leading form of mortality from injury in the United States. Veterans are especially at risk. The authors note that our attempts at prevention have largely failed. As most suicides are first attempts, the authors suggest we should turn our attention to susceptibility to suicide. As psychiatric diagnosis is a poor predictor of suicidal behavior, the current work seeks to identify other more reliable risk factors. The current work focuses on externalizing behavior and substance use issues (including tobacco) in an attempt to identify factors that point to potential suicidal behavior.

The authors examined the data of 350,000 veterans from the VA’s Million Veterans Project. They identified three suicide risk categories: severe suicide attempts, suicidal ideation without a plan or attempts, and no suicidal behaviors. The researchers chose to examine and compare three major factors relating to suicidality: the presence of serious mental illness (major depressive disorder, schizophrenia, and bipolar disorder), impulsivity, and substance use disorders.

Just 29.1% of veterans with a previous severe suicide attempt had a serious mental illness diagnosis; 71% did not. Schizophrenia and bipolar diagnoses were better predictors of suicidal behavior than major depressive disorder.

Smoking was also correlated with the risk of severe suicide attempt; 45% of the group that had previous severe suicide attempts were smokers, three times the rate at which the rest of the population reported smoking. Additionally, 50% of smokers reported suicidal ideation. The researchers theorize that nicotine may have a biological interaction with various systems, including the cholinergic, noradrenergic and glutamatergic systems, which increases suicidality.

The authors point to several limitations in the current research. They had no demographic information on their population as the data was deidentified. They did not have access to formal interviews, clinical rating scales, etc. for their population. There were variations in the record-keeping protocols in different entities collecting data for the Million Veterans Project. The researchers did not know the timing of events (for example, how long ago a suicide attempt occurred).

The authors conclude that by paying more attention to substance use disorders and externalizing behaviors in clinical settings, psy-professionals may be able to better identify who is most at risk of suicide attempts. They write:

“Patients should be screened efficiently for impulsive behaviors and substance use disorders, including sporadic bouts of binge substance use.”