A recent article published in the journal Psychiatry Research suggests that increased experiences of discrimination and clinician biases lead to increased rates of psychotic disorder diagnoses among transgender people.

The article points out the potential biases in assigning clinical diagnoses for psychotic disorders to trans and GNC people and offers updated evidence to understand transgender health and suggestions for gender-affirming care.

“We aim to critically evaluate the epidemiological literature reporting rates of psychotic disorders among trans individuals and highlight critical areas for future research, including the potential for diagnostic biases, unique potential factors in the development of clinical psychosis in transgender people, and the impact of gender-affirming care in treatment clinical psychosis,” the authors write. 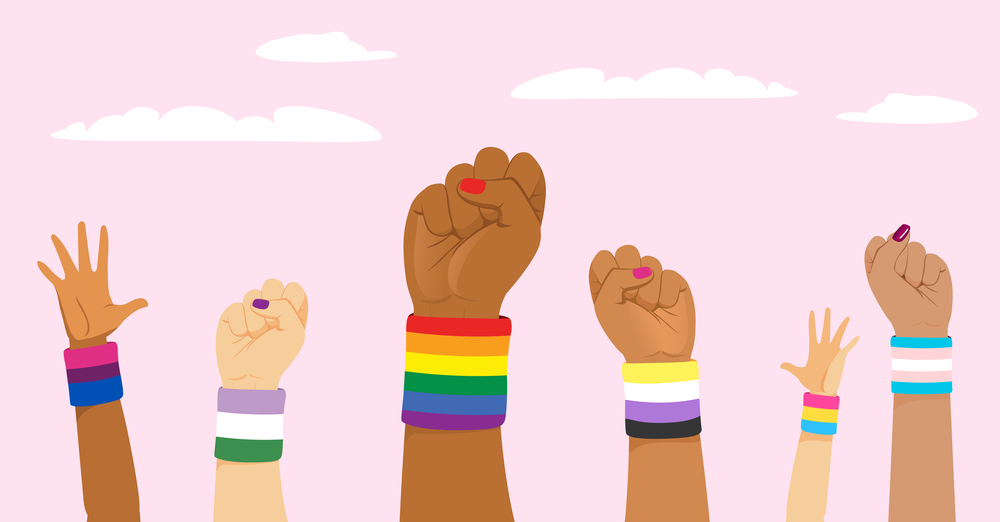 Transgender individuals are at greater risk for mental health concerns like anxiety, depression, suicidality, and psychotic disorders than the general population. Due to the experience of discrimination and increased gender minority stress, current studies showed elevations in the prevalence rates of schizophrenia spectrum disorders in trans-identified individuals.

“Transgender people are reported to be 3 to 49.7 times more likely to be diagnosed with schizophrenia spectrum disorder than a cisgender person,” the authors point out.

Recognizing the significant variation in the magnitude of the difference in rates of diagnosing across existing research, this study proposed four explanations based on their review and synthesis of literature: (1) demographic differences between studies [e.g., age, race, socioeconomic status], (2) differences in recruitment strategies [e.g., from specialized trans-care clinic vs. general population data], (3) different operational definitions of transgender identity between studies [e.g., with a formal diagnosis of gender dysphoria vs. self-report], and (4) a lack of recognition of the within-group differences for trans community [e.g., transgender identities vs. nonbinary gender identities vs. gender non-conforming identities].

“The existing literature strongly suggests that the risk for schizophrenia spectrum disorder diagnosis is elevated amongst transgender individuals. However, the wide range of reported prevalence estimates speaks to the importance of recognizing variability within the trans community.”

The article then provided five critical ways of understanding and clinical implications to address the increased risk for psychosis among transgender people: (1) potential diagnostic biases, (2) unique potential factors in the development of psychosis in trans individuals, (3) impact of gender affirmation on mental health, (4) culturally-sensitive and gender-affirming approaches for addressing psychosis, and (5) ethical, gender-affirming, and accurate approaches to scientific research.

First, the article highlighted the potential biases in diagnosing a psychotic disorder in trans individuals. Historically, marginalized groups often face over-pathologization and overdiagnosis of psychotic disorders as a form of systemic oppression.

Gender Identity Disorder was removed from the DSM-5 in 2013 due to the misconception and stigma it held against transgender individuals. In addition, without adequate training on biological sex, sex assignment, and gender identity, clinicians often misinterpret trans and GNC individuals’ experiences of gender dysphoria as delusional. According to research from 2018, less than 35% of sampled psychiatry residents agreed that they would be ready to provide competent care to the trans community and less than 20% agreed that their education in trans care was adequate.

“Psychiatrists and psychologists working with trans individuals in the mid-20th century considered their patients’ gender identities and gender dysphoria to be symptoms of schizophrenia or hysteria, and for decades it was routine for these patients to be explicitly labeled as psychotic,” the authors explain. “There should be more empirical work examining the clinical bias and misdiagnosis as potential contributors to the increased rates of psychotic disorder diagnoses among trans individuals.”

“In addition, we call on practitioners to improve diagnostic practices when working with trans individuals generally, and especially with trans community members with complex or severe clinical presentations. Client conceptualizations must include a thorough understanding of individuals’ psychosocial factors and the intricate interplay between gender experiences and mental health.”

Second, the article acknowledged the need to understand the unique factors that might explain higher prevalence rates of psychotic disorders in the trans community. For example, experiences like discrimination, bullying, and childhood trauma could hurt trans individuals’ development and health. Moreover, gender minorities may turn to substance use as a coping mechanism for adverse experiences, which can contribute to the elevated rate of psychotic disorders for trans individuals.

The third and fourth points of the article emphasized the importance of applying gender-affirming care to work with transgender individuals as it is associated with improved psychological functioning, less severe psychiatric symptoms, and reduced mental healthcare utilization. For transgender individuals with psychosis, culturally-sensitive approaches should be adopted to attend to their unique needs. For example, clinicians should gain additional training and understanding of trans health and treatment. Clinicians should also check their cisnormative biases and how they may affect their judgment and practice. Hence, clinicians and researchers should examine and remove the existing barriers to gender-affirming care.

“Because of the historical diagnostic biases in our field and the dual stigma of severe mental illness and non-cisnormative identity, clinicians and staff may be dismissive of individuals’ stated genders, blocking access to social affirmation (e.g., refusing to use the pronouns a patient requests). Clinicians may also be reluctant to endorse access to gender-affirming medical care if a person displays signs or reports a history of psychosis.”

“Delaying or denying gender affirmation may be harmful and further destabilizing, and experts have highlighted that gender dysphoria can be easily differentiated from experiences of psychosis through thoughtful clinical interviews and review of patients’ history. Along with developing effective interventions, we also highlight the need to improve access to and utilization of mental health interventions within the trans community.”

“Further, there are a small number of published care studies documenting gender-affirming medical interventions and consequent successful reduction of gender dysphoria in trans patients’ with psychosis.”

Lastly, the article called for ethical research inquiry on issues related to gender diversity and with transgender research participants, as well as for the recognition of “madness” as a sociopolitical identity with liberatory potential that trans individuals and activists may access.

Researchers should also consider applying a community-based participatory research model and engaging participants in and with the trans community. By centering the lived experience of trans individuals and understanding their mad identity, clinicians may embrace a multicultural treatment framework.

The 20th of November is the Transgender Day of Remembrance. This annual observance honors the memory of transgender people who lost their lives in the face of anti-transgender violence that year. To raise greater visibility and bring more awareness to transgender issues, people and organizations are invited to join in solidarity to engage in Transgender Awareness Week between November 13th to 19th.