This is, however, a specific way of thinking about things.

In this way of thinking, mental distress is seen as static—a predetermined category fixed in time and space, and usually, a body. 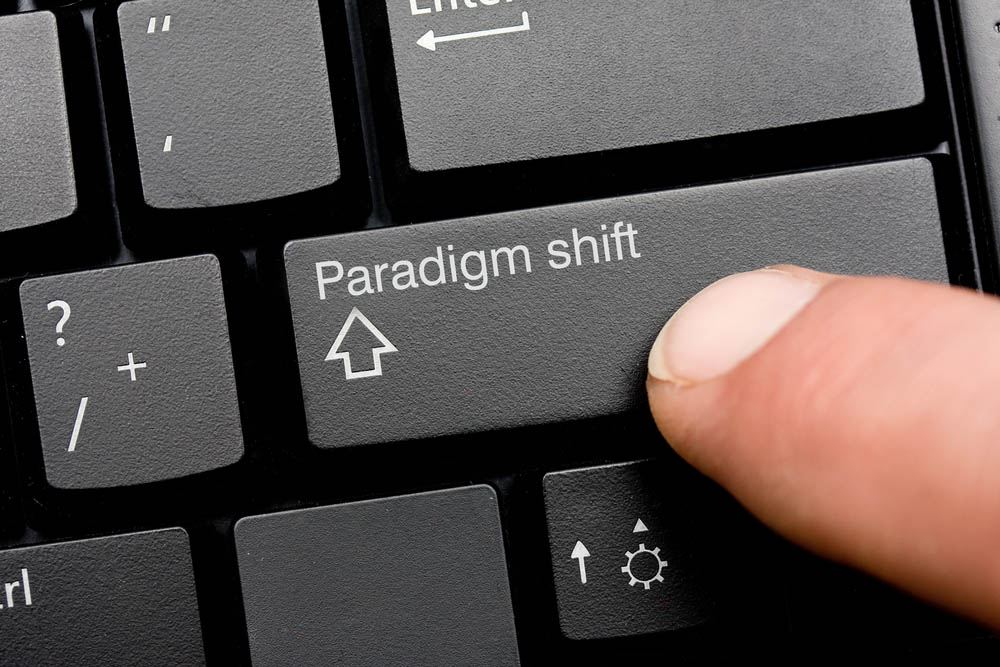 Knowledge of things does not happen in a vacuum. It is usually embedded within a set of preconceived notions we have about things. There is a construction of knowledge that operates behind the way we think about mental health phenomena.

Thomas Kuhn explained, in his book The Structure of Scientific Revolutions, how currently prevailing assumptions we have of the world guide thinking within scientific communities. Scientific findings operate within what he called paradigms.

Paradigms are widely accepted models within science that constitute a framework of foundational assumptions that guide and shape research and theory, as well as practical scientific findings. Scientific research happens within this framework and it is interpreted within it. The solutions to common problems are found within this framework.

This also has an impact on the way we see things outside of scientific communities. Namely, the knowledge that is constituted in this manner is further transferred into what we regard as “common knowledge” and take for granted in our everyday lives.

The currently prevailing paradigm within the mental health field is a biomedical one. It sees mental health issues as categories of malfunction, with origins in (inherent) characteristics of the organism and which are to be treated as such.

“The chemicals in his brain are messed up,” is ubiquitous in public discourse, referencing a supposed biological causation when it comes to mental health—yet sufficient evidence for that has not been found. Gabor Maté has, for example, been speaking for years now against this notion.

The question is also whether this approach has proved to be the most effective when it comes to dealing with mental distress in the long run.

In contrast to the biomedical paradigm, the phenomenological paradigm shows that when one puts mental distress into categories and uses it in a prescriptive manner, there is a risk of losing focus of that person’s unique existence. Things that are detrimental to one’s healing can get lost. Further, the wider meaning of the process can be ignored.

For example, when a person is experiencing low levels of energy and motivation, loss of interest and pleasure, or fatigue, these are considered to be symptoms of the category of depression.

In the predominant biomedical system, these are seen as related to a person’s biology—fixed and predetermined.

However, when this kind of state is explored within the wider context of a person’s life, elements of a subjective sense of loss or a situation that is felt to be unbearable, deep down, are usually found. Perhaps the person has not been able to reverse this situation.

When we look at mental distress from that perspective, loss of motivation and low levels of energy can also be a way in which the organism removes itself from the situation that it does not know how to handle anymore. The subconscious seeks to protect itself, and if it has exhausted all “rational” options, it can resort to other means.

This is a very different perspective from the position that sees this state as a malfunction, an inherent characteristic of an organism that is fixed.

Thomas Kuhn proposed that, within the prevailing scientific paradigm, anomalies occur that the prevailing paradigm cannot satisfactorily answer. New theories are then needed to explain them. This causes a paradigm shift.

Perhaps this is what is currently happening in the field of mental health.

Increasing numbers of people are finding the perspective that sees mental distress as an isolated, static category, fixed within a biological predisposition or malfunction, to be insufficient. They see it as something that does not satisfactorily explain their experience and does not solve their problems.

They are seeking alternative solutions and different approaches to mental distress that offer more possibilities.

There are authors, therapists, researchers, who are working beyond the current model, many of whom are present on this website. They are scattered around the world, but I can see the dots connecting, often coming from the most unexpected places and spheres.

I wonder if these phenomena I am observing are intimations of a new paradigm emerging.

It is hard to describe this new emerging paradigm under one umbrella, since there are various approaches that could fall under it.

However, some of its “umbrella contours” can be noticed:

1.) The new paradigm moves towards seeing mental distress as meaning-making rather than just a deficit or malfunction. There can be a value in the process of mental distress.

As Carl Jung noted, our suffering comes from the unseen and unfelt parts of our psyche. Consequently, it cannot be reduced to a set of static biological determinants or categories. Instead, we should look for the meaning in the symptoms. What are they trying to convey?

2.) Psychological distress is looked at within its environmental context.
Intense emotional states are conceptualized as a complex response to environmental trauma instead of some inherent malfunction of the organism. They are divided into smaller parts of reactive physiological-emotional-behavioral responses that might result in a vicious circle of suffering, looking like a “lump” that is hard to understand and untangle.

However, instead of seeing it in terms of a static category, new approaches put greater emphasis on understanding how the complex webs of those responses work together with the perception of the context to create mental distress. They focus on locating the possibilities within that “lump” for a person to experience new orientation.

3.) Furthermore, there is increased understanding that the wider social context we live in might also be related to trauma.

We live in societal systems that are full of structural violence, such as the marginalization of certain social groups based on some of their characteristics. This kind of violence, embedded in social structures, is passed down through generations. Discrimination due to gender, race, or other characteristics is often deeply embedded within our everyday lives.

We are still only starting to understand how this can affect health. There is, for example, research that shows how racism is associated with poorer mental health. The same is true for discrimination against other social groups. Being continuously exposed to environments that devaluate one’s agency cannot have a positive impact on one’s mental health.

We are beginning to understand this on a societal level. It is becoming increasingly evident that mental distress has to do with one’s wider social context and the complex situations that are often related to those contexts.

4.) There is a growing demand for equality within the new paradigm. This can be observed within the context of the wider tendencies happening around the world in the last two decades; a move from hierarchical structures and a demand for more horizontal approaches within diverse social fields.

For example, we can notice this tendency in the field of politics where citizens are increasingly demanding to be included in the decision-making process. Similar movement can be noticed in the area of mental health.

These are some of the underlying principles that I see connecting different approaches that are arising in the last two decades and that could be interpreted as possible contours of the new paradigm emerging.

We must, of course, be mindful of the fact that paradigms change slowly.

Their “ways” are usually deeply ingrained within our everyday knowledge and this is one of the reasons why this change might take some time. It is the reason why public discourse still often functions on the premises of the old paradigm.

The main question today is how we can aid the emergence of a new paradigm when it comes to practice.

For example, how can open dialogue practices, as well as practices operating on similar principles, be transferred from local contexts where they have been established to other social contexts?

How can they be made available to wider public?

If we are seeing a new paradigm emerging, and I am hopeful that we are, we need to ask today: What is it that we can do to aid its emergence?