Giving money to people diagnosed with severe mental health issues can significantly improve depression and anxiety. A new study, published in the October issue of the Journal of Community Mental Health, found that giving about $73 US dollars per month for recreational spending can also reduce social isolation and strengthen a sense of self.

“This study, as well as other studies, of how people with SMI [“severe mental illnesses”] were affected by and dealt with their difficult financial situation underlines the importance of widening the focus of psychiatry to include people’s social context in professional assessments and in the aggregate knowledge base,” the study authors conclude. “Such a change of perspective would entail viewing some of the difficulties these persons face in the community no longer as individual symptoms and failures alone, but also as a consequence of the actual circumstances in which they live.” 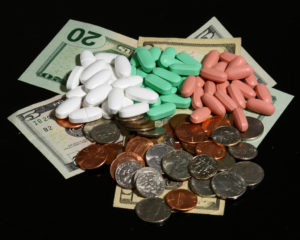 Research has established a connection between mental health problems and poverty and a higher proportion of people living in economically distressed areas display symptoms associated with “mental illness” diagnoses. Scholars argue over the causal direction of this reality, with some arguing for a “social drift hypothesis,” where mental health issues are thought to precede economic problems, and others for a “social causation hypothesis” that sees economic marginalization as a contributor to the emergence of various symptoms. Still others argue that social and cultural expectations are inherent in the creation of diagnostic labels and that, as a result, individuals who exhibit certain behaviors linked to poverty, race, or gender, are construed as “mentally ill” more often.

“Regardless of cause,” the researchers write, “one question that has seldom been asked is whether improvements in a person’s economic status might have a positive effect on his or her social relations as well as on other aspects of his or her life.”

To test whether the addition of modest financial support for leisure activities can promote social connections and impact a sense of self, symptoms, and functional levels among those diagnosed with “severe mental illnesses,” the Swedish researchers recruited one hundred participants who were involved in mental health services and social services. For nine months, the participants were offered an additional 500 SEK (≈$73 USD or 53 Euro) to spend on social activities, but they were not required to account for how it was spent.

After seven months, those who received the extra spending money were found to have significant improvements in symptoms, quality of life, sense of self, and social connections compared to those who did not receive the allowance. They did not, however, show an improvement in function over the control condition.

“Reducing relative poverty seems to enable these persons to regain access to and actually make use of different public and private arenas for social exchange,” the authors write. The results suggest that many of the “negative symptoms” associated with mental health problems, like social isolation and lack of initiative, may have more to do with social and economic realities than regularly acknowledged.

“Consequently, these difficulties should not automatically be assumed to be symptoms of a mental disorder but require other explanatory models and initiatives than those currently deriving from psychiatry.”

Ljungqvist, I., Topor, A., Forssell, H., Svensson, I., & Davidson, L. (2015). Money and Mental Illness: A Study of the Relationship Between Poverty and Serious Psychological Problems. Community mental health journal, 1-9. (Abstract)