A combination of exercise and meditation done twice a week over two months may reduce depression symptoms by 40 percent, according to a new study published open-access this month in Translational Psychiatry. Following the eight-week intervention, the student participants that had previously been diagnosed with major depressive disorder (MDD) reported significantly less symptoms and ruminative thoughts and students without any such diagnoses also showed remarkable improvements. 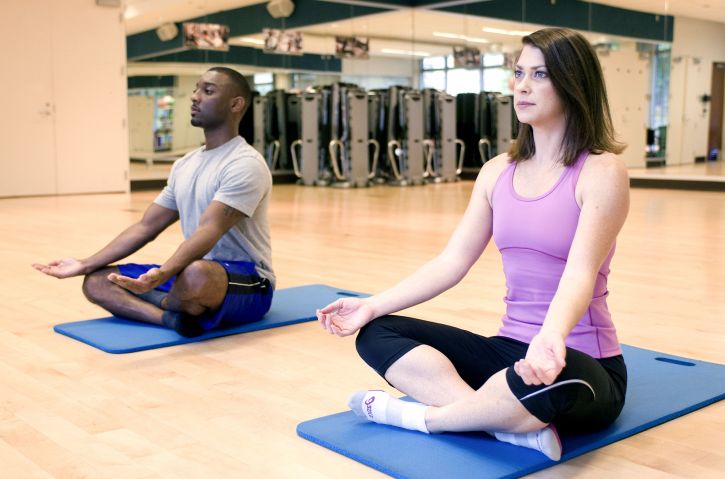 “Scientists have known for a while that both of these activities alone can help with depression,” Tracey Shors, one of the study authors, said in a press release. “But this study suggests that when done together, there is a striking improvement in depressive symptoms along with increases in synchronized brain activity.”

Unfortunately, many of the new cells die off only weeks after being born and do not join the brain’s circuitry. Neurons can be saved, however, when new learning experiences challenge the mind.

On the basis of this past research, the study authors developed the mental and physical (MAP) training which combines focused attention meditation and aerobic exercise. While previous studies have found that meditation or exercise alone can reduce symptoms associated with depression, but no other studies to date have examined the combined effect of these two interventions.

The authors describe the results of the MAP intervention as “robust,” citing the nearly 40% reduction in depressive symptoms after only eight weeks of training. Additionally, the students from the “healthy” study group, who did not have a diagnosis for MDD, also reported significant reductions in depressive symptoms.

“Until recently, the most common and accepted line of treatment for depression has been psychotropic medications, most notably the selective serotonin reuptake inhibitors and mood stabilizers. However, recent studies indicate that these drugs may not be as effective as once thought and even when they are, relapse often occurs. Various forms of psychotherapy, such as cognitive behavioral therapy, can be efficacious but require considerable time and commitment on the part of the patient, not to mention trained professionals to institute. There are two behavioral therapies, aerobic exercise and meditation, which have demonstrated benefits for individuals suffering with depression, are not accompanied by profound side effects and can be practiced across the lifespan. Here, we provide evidence that demonstrates the effectiveness of a combined behavioral approach in improving mental and cognitive health outcomes in individuals with MDD and otherwise healthy individuals.”