A new study to be published in the next issue of Schizophrenia Research examines patients suffering from a first-episode of psychosis who stop taking any antipsychotic drugs. The researchers attempt to identify variables that may predict the successful discontinuation of antipsychotics. They find, for example, that those who discontinue the drugs have, on average, the same outcomes as those who stay on them, and that those who have better social integration are more likely to discontinue without relapse.

The current standard treatment for people who are experiencing their first-episode of psychosis is pharmacological treatment with first and second-generation neuroleptic or “antipsychotic” drugs. This practice has come under continued scrutiny and has consistently been challenged by new research.

For example, studies have found that some patients do well with psychosocial intervention alone, even when suffering from active symptoms of psychosis, and that the dangerous side-effects of antipsychotics might outweigh any benefits. Some authors have countered with results suggesting that a high percentage of patients suffer from relapse after discontinuing the drugs, leading others to recommend studies on antipsychotic drug tapering and dose reduction treatments for those suffering from psychosis.

Current approaches to discontinuation include scheduling gaps when the drugs are not given. These “drug holiday” strategies or “non-continuous dosing” treatments, as they’re known, are meant to decrease the risk of side-effects. Another approach being investigated aims to identify subgroups of patients who may best be able to discontinue the drugs with a minimal risk of symptom relapse.

Unfortunately, there is currently a dearth of research on predictors of successful discontinuation of antipsychotic drugs. The results of the European First Episode Schizophrenia Trials (EUFEST) present an opportunity to broaden our knowledge on this topic, however.

The EUFEST study was a large-scale analysis of everyday clinical practice for the treatment of psychosis, and all of the patients started with an antipsychotic at baselines. EUFEST is well suited to contribute to the literature on antipsychotic discontinuation because all patients were followed up on, even if they stopped taking the prescribed drugs.

The researchers break their analysis of the EUFEST data into two parts. First, they attempt to identify variables associated with a patient’s decision to discontinue the drugs, and, second, they to determine the predictors of successful discontinuation without relapse.

The first level of investigation revealed that the significant predictors of discontinuing all antipsychotic medication were: coming from Western Europe or Israel, lower compliance, experiencing a relapse, and a better social integration.

Fifty-one patients in the study discontinued all antipsychotic medication and, of those, eighteen (35.3%) had no relapse and showed a reduction in symptoms while only twelve (23.5%) had one or more relapses.

It is also notable that overall outcomes did not appear to differ between those who stopped all antipsychotic drugs and those who stayed on them.

When the researchers examined those who were “successful discontinuers,” meaning they had stopped taking all antipsychotic drugs and had good outcomes, they found that they were more likely to have better social integration, a higher quality of life, more years of education, and a better prognosis at baseline.

“Using the more stringent definition of a good outcome that included remission in addition to not experiencing a relapse, better prognosis, and better baseline social integration predicted successful discontinuation.” 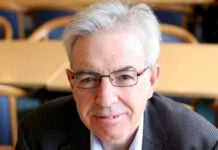 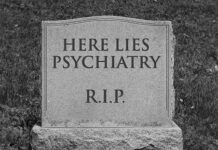 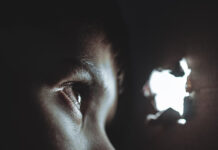 Breaking Through the Wall of Schizophrenia