When the CDC released data revealing an increasing suicide rate in the US, some experts, speaking to major media outlets, speculated that the increase could be tied to the FDA’s Black Box warning for teen suicides on antidepressants. It was suggested that the warnings may discourage some from taking antidepressants and that these drugs may prevent suicides. The research, however, does not appear to support these claims. A new review of studies on the role of antidepressants in suicide, published this month in the journal of Psychotherapy and Psychosomatics, concludes that there is no evidence that antidepressants prevent suicide and that the research may even suggest that the drugs  increase the risk.

“Therapists should be aware of the lack of proof from RCTs that antidepressants prevent suicides and suicide attempts.” 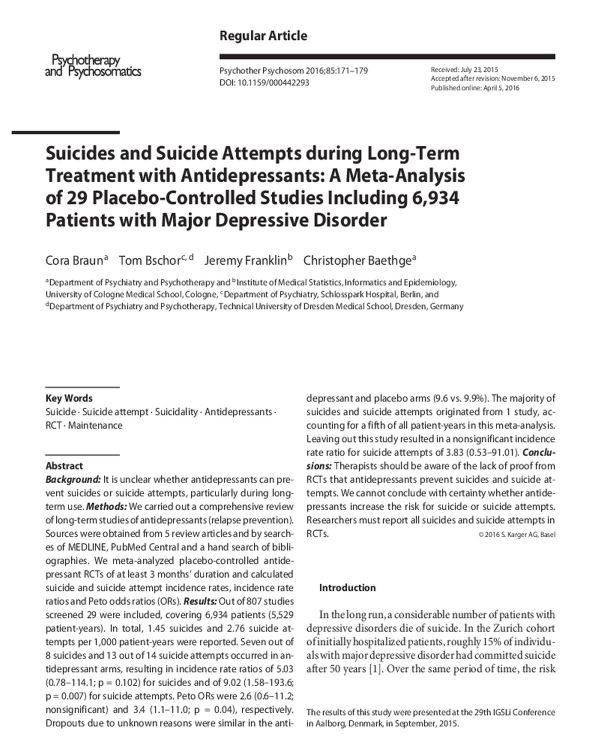 No More Tears: In Memory of Kathleen Fliller

Akathisia: Very Nearly the Death of Me