In the past six years, I have had the opportunity to speak at several conferences or meetings that I felt had particular potential to stir some political activity that would challenge current psychiatric practices, and one of those events was the meeting convened in the U.K.’s Parliament on May 11th, which had this title for the day: Rising Prescriptions, Rising Mental Health Disability: Is There a Link?

Today, two days after the meeting, it’s too early to see where this effort will lead. The organizers, Luke Montagu, and James Davies, who co-founded the Council for Evidence-Based Psychiatry in the U.K., saw it as an important first step in getting the government to mount an investigation into this question. Personally, I had this takeaway from the meeting: Such efforts often feel like a Sisyphean task, akin to rolling a boulder up a hill.

Paul Flynn, the Member of Parliament who hosted the meeting, introduced it in a fitting way, describing how the increased prescribing of antidepressants and rise of disability due to depression was a topic of obvious societal concern. I was then given thirty minutes to make the case that there is a link between rising antidepressant prescriptions and rising disability rates. This isn’t the easiest thing to do in that time frame, given that the evidence to review is of many types, but I muddled through it okay. Basically, my argument was as follows:

After I had spoken, Paul Brett told of how antidepressants had shaped his life in precisely that harmful way.  Before being prescribed an antidepressant, he had an active, full life: he had been an athlete, enjoyed an active social life, had a good career in IT, and a good family life too. He was prescribed an antidepressant for a minor reason, related to stresses at work, and over the next few years, as he gradually worsened, he was prescribed one drug after another, and his life and health fell apart. He became socially isolated, stopped working, and felt unable to be a good father to his children. Then, when he tried to withdraw from antidepressants, he suffered grievous withdrawal symptoms. Today, he is free from the drugs and back to work, and otherwise putting his life back together. But he feels betrayed by a psychiatric profession that failed to warn him of all these possible hazards and never considered that it was the drug treatment that had caused him to worsen.

Next, Allan Young, chair of psychopharmacology for the Royal College of Psychiatry, spoke. There was an expectation that he might be hostile to my presentation, but that didn’t prove to be the case. He was just dismissive of it. He said that I had mostly cited U.S. studies, and while it might be true that outcomes were bad in the U.S., it was different in the U.K. and Europe. He alluded to a Swiss study that he said showed that drug treatments improved the long-term course of bipolar disorder.

Sami Timimi, a psychiatrist who is a member of the Council for Evidence Based Psychiatry, and head of medical education for one of the National Health Service Trusts in the U.K, then disputed Young’s claim. In fact, a high percentage of psychiatric patients in the U.K. had chronic outcomes, he said, which fit with the data that I had presented. Then Joanna Moncrieff spoke about how the chemical imbalance theory of depression was a “myth,” and how antidepressants couldn’t even be said to work over the short term, since, in clinical trials, they didn’t provide a clinically significant benefit over placebo. Andrew Green, chair of the British Medical Association’s Prescribing Subcommittee for general practitioners, told of the pressures on the general practitioner to prescribe antidepressants for patients who were struggling in some way. Finally, Baroness Stroud, who as executive director of the Centre for Social Justice is an influential political figure in the U.K., told a story about a young woman whom she had taken under her wing who had done poorly on psychiatric medications, but had then prospered once she came off the drugs.

And so, once the panel had spoken, there had been no real rebuttal of the data that I had presented; Timimi and Moncrieff had added to the picture that psychiatric drugs weren’t producing good outcomes, and there had been two personal stories that served to corroborate the data I had presented. In the opposing camp, there had simply been an assertion that this was mostly an American problem.

Then members of the audience spoke, and most told of a need for psychiatry to change, or else they provided further accounts of lives diminished by psychiatric drugs. However, the editor of Lancet Psychiatry, Niall Boyce, was not so impressed. There had been no proper “scientific” presentation of data, he said, no discussion of the methodology of the studies, of such findings as “Number Needed to Treat and Number Needed to Harm,” (which are data from clinical trials related to efficacy sizes and risks of harms), and no evidence that I had done a systematic review of the research literature. How did he know that I wasn’t cherry-picking the evidence?

And thus, my feeling of rolling a boulder up the hill. It’s not that I would expect that either of these two mainstream representatives of British Psychiatry (from the Royal College of Psychiatry and a premier psychiatric journal), would be ready to accept the argument I had made. But one might hope that they would find a reason to support a further inquiry into the question, given that the rising disability rates tell of something going wrong with psychiatric care. That was the intended goal of the meeting, to figure out what further investigation was warranted. But instead, they had found a reason to dismiss it all with a figurative wave of the hand, which certainly helped thwart any next-step discussions.

As I said at the outset of this blog, I am not sure what will come of this inquiry. Kudos to  Luke Montagu, James Davies, and the rest of the leaders and members of the Council for Evidence Based Psychiatry for organizing the event. And Kudos to the All Party Parliamentary Group fo Prescribed Drug Dependence for hosting the meeting. It is hard to imagine a Congressional subcommittee ever organizing such a meeting in the United States. At the same time, it is easy to see that British Psychiatry, as an institution, isn’t ready to welcome such an inquiry, and therein lies the struggle: How can this institution be moved to a place of curiosity about the soaring disability rates for the patients it treats? 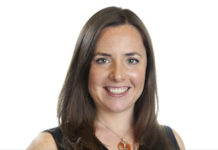