An article published this month in the journal BMC Psychiatry suggests that there is a lack of efficacy for SSRIs and that they significantly increase the risk of serious side effects.

The current study involved the analysis of 131 randomized controlled trials—the gold standard for research study design—with a total of 27,422 participants. The authors were led by Janus Christian Jakobsen, MD, PhD, at the Centre for Clinical Intervention Research at Copenhagen University Hospital. The goal of the study was to determine the efficacy of SSRIs for depression, based on the largest statistical analysis possible. According to the authors:

“SSRIs might have statistically significant effects on depressive symptoms, but all trials were at high risk of bias and the clinical significance seems questionable. SSRIs significantly increase the risk of both serious and non-serious adverse events. The potential small beneficial effects seem to be outweighed by harmful effects.”

The authors make clear that when taken together, the studies do show a small benefit for antidepressant treatment. For trials that examined depression that was mild to moderate in severity, the benefit was just 1.29 points on the 53-point Hamilton Depression Rating Scale (HDRS). The difference for trials that studied severe depression was 2.69 points on the HDRS. Previous researchers suggested that a 3-point difference corresponds to “no clinical change”—that is, neither a doctor nor a patient would notice that change. Other researchers showed that at least a 7-point difference was necessary for “minimal improvement.” However, because of the large sample size, the 2.69-point increase was still considered “statistically significant” despite its lack of real-world significance.

However, researchers in 2008 found that although antidepressants appear more efficacious for severe depression, the difference is “relatively small even for severely depressed patients.” The researchers go on to state that this benefit is attributable to the placebo effect becoming less powerful for patients with severe depression, rather than an increase in the efficacy of the drug.

The dangers of antidepressant medications have also come into the spotlight. A 2016 article in Scientific American publicized the results of a Nordic Cochrane study which suggested that antidepressant treatment was causing increases in suicidality and aggression. The most common side effects are sexual dysfunctions (which can persist for years after stopping the medication), but a significant number of side effects have been observed, some of which are deadly. Withdrawal effects are also a problem—numerous physical and mental problems can develop upon discontinuing an antidepressant medication. Mad in America recently presented an overview of the large body of evidence on this topic.

Finally, there is the danger that antidepressant treatment potentially worsens outcomes. An NIMH study in 2006 found that 85% of untreated depressed patients recovered spontaneously within one year, while a 2010 article documented that out of 4,041 participants taking antidepressants, in an NIMH study, only 108 patients remitted and remained in the trial for the 1-year follow-up. A 1994 article showcased the evidence of “the likelihood that psychotropic drugs actually worsen, at least in some cases, the progression of the illness which they are supposed to treat.”

Dr. Jakobsen and his colleagues found other troubling concerns in their current analysis of the studies of SSRI efficacy. For instance, they found that every single one of the 131 studies they examined had a high risk of bias in study design and publication.

Studies consistently omitted critical data about outcomes and side effects. In all but 4 of the 131 cases, it was likely that patients and researchers were effectively unblinded—able to determine (because of side effects) whether the subject was taking a placebo or an actual SSRI. Placebo control groups rely on blinding to be effective since the placebo effect relies on the subject’s belief in the efficacy of the drug. If the blinding is ineffective, the drug will appear superior to the placebo group simply due to this design flaw.

Additionally, the researchers theorize that publication bias could also account for the statistically significant result. Publication bias refers to the tendency for only positive results to be reported in published articles. This occurs for several reasons: journals want to publish positive results, and so do study authors. The pharmaceutical companies funding industry research also rely on positive results for public perception of their drugs as well as FDA approval. In fact, when researchers in 2008 examined both published and unpublished studies, they found that 49% of the total studies had negative results. That is, almost exactly half of the studies that were conducted found no beneficial effect for antidepressants.

The rating scales used in the studies are themselves concerning. The HDRS, although commonly used, has been criticized by researchers for over-diagnosing depression. For instance, it is possible for an HDRS score to increase by 2 points when a participant does not think they have depression. You can also get 2 points for having difficulty falling back asleep after getting out of bed in the morning. The researchers also note that only 6 of the 131 studies utilized any quality-of-life measure, and they used different methods for measuring this, making the results essentially unanalyzable. The researchers note that quality of life is a highly relevant metric for the effectiveness of treatment.

Even in the best-case scenario, the evidence suggests that improvements in depression due to SSRI use are not detectable in the real world. Given the high risk of biased study design, publication bias, and concerns about the validity of the rating scales, the evidence suggests that the effects of SSRIs are even more limited. According to this growing body of research, antidepressant medications may be no better than sugar pills—and they have far more dangerous side effects. 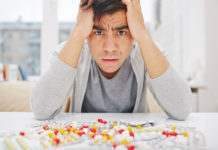 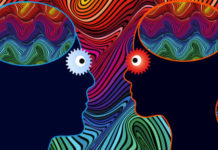