From The Conversation: Human behavior and mental processes have long been thought to be universal. However, recent studies show that culture plays an important role in shaping our cognitive styles, self-perception, and mental health.

“If you were asked to describe yourself, what would you say? Would you describe yourself in terms of personal characteristics – being intelligent or funny – or would you use preferences, such as ‘I love pizza’? Or perhaps you would instead base it on social relationships, such as ‘I am a parent’? Social psychologists have long maintained that people are much more likely to describe themselves and others in terms of stable personal characteristics.

However, the way people describe themselves seems to be culturally bound. Individuals in the western world are indeed more likely to view themselves as free, autonomous and unique individuals, possessing a set of fixed characteristics. But in many other parts of the world, people describe themselves primarily as a part of different social relationships and strongly connected with others. This is more prevalent in Asia, Africa and Latin America. These differences are pervasive, and have been linked to differences in social relationships, motivation and upbringing.” 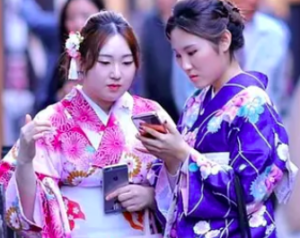 Discomfort Is the New Comfort Zone