In this piece for BBC, Melissa Hogenboom reports on the way that people who have been convicted of crimes and diagnosed with mental illness are treated in the Dutch criminal justice system.

“One of the unique things about the Dutch criminal justice system is that a person can be judged to be responsible for their crime on five levels. ‘Dutch law differs from English law in that it recognises a sliding scale from full responsibility through to total lack of responsibility, with three levels in between,’ explains one report in the journal Criminal Behaviour and Mental Health. While the diminished responsibility clause in the UK is similar, there is no such sliding scale.

Consider a situation where an individual takes drugs that contribute to a psychotic episode. If they then go on to commit a violent crime, they can be held responsible on some level, as they made the decision to take the drugs. But if the psychotic episode wasn’t drug-induced, they might be seen as less responsible for their crime.” 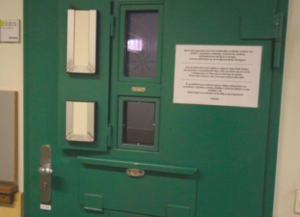 What Care for the Criminally Insane Can Teach Us