From STAT: An unprecedented number of Americans have been diagnosed with a mental, behavioral, or emotional disorder. Does this represent an increase in psychological distress or an increase in the medicalization of ordinary life?

“For years, the American Psychiatric Association considered homosexuality to be a disease. In 1973, it removed homosexuality from its Diagnostic and Statistical Manual, long considered the ‘bible’ for identifying and categorizing mental disorders, essentially moving same-sex love and desire out of the realm of disease and into the realm of normal human behavior. This demonstrates how changing social norms can alter the mental health landscape, and vice versa.

The trend for anxiety, depression, and attention deficit hyperactivity disorder (ADHD) has been going in the opposite direction, with the number of people seeking treatment for symptoms associated with these disorders on the upswing in the last several decades. What were once seen as ordinary behaviors are increasingly being seen as signs of disorders.

In the U.S., academics and the public have begun expressing concern that diagnostic categories like depression and anxiety are more and more often being used to organize and label ordinary behaviors and characteristics that are deemed socially undesirable.” 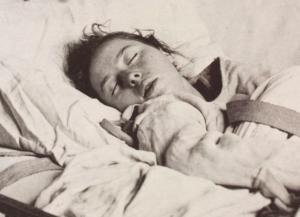