Will Hall, a therapist and researcher and former psychosis patient, among other roles, recently published a paper that explores patient-centered experiences of drug withdrawal and calls attention to the recent momentum of patient/survivor movements. He connects reductionist ideas about psychiatric medication to reductionist ideas about madness, urging a rethinking of what constitutes “health.”

“Reconsidering medication efficacy parallels rethinking madness itself,” writes Hall. “Are mental illness and psychosis brain disorders as claimed? And what of patients who took medications under assumptions that are now questioned? As a result of this growing skepticism, calls are emerging for more research, especially to fill the gap of investigation into medication withdrawal.”

Hall begins by highlighting recent trends toward collaboration between patients and providers across a variety of medical settings. When it comes to medical decision making and research, collaboration has been found to increase patient outcomes and satisfaction. In the realm of psychiatry, however, cooperation has been lagging.

Recent research increasingly recommends caution around the potential adverse effects and harm caused by taking psychiatric medications. Many endure severe withdrawal effects as they endeavor to discontinue use in the face of resistance and lack of support. The importance of psychiatric treatment decisions is precisely what warrants greater collaboration, Hall argues.

“To be fully human means being recognized as having equal rights to choose medical risk,” Hall writes.

Further, Hall contends that psychiatry can learn from observing how patients have approached withdrawal from medications related to other conditions, such as epilepsy, chronic pain, and type 2 diabetes, to name a few. He outlines the common experiences across patients in drug withdrawal which are mirrored in survivor movement approaches in psychiatry:

Hall notes that without evidence of biological markers, psychiatric drugs are best understood as psychoactive substances: they alter consciousness through either brain changes, placebo, or nocebo effects and they can create dependency similar to recreational substances. Despite years of research, Hall finds that there remains no consensus for best practice addiction treatment protocol, and once again, emphasizes the diversity that is likely to exist in the discontinuation process.

Two factors may inform withdrawal, he writes. 1) that the duration and degree of substance use may generally increase withdrawal difficulty, and 2) gradual withdrawal is usually recommended for most drugs.

However, despite the applications of addiction and withdrawal from recreational drugs to psychiatric drugs, Hall makes the case that social narratives have influenced popular understanding of addiction and the power of drugs. Studies conducted on rodents find that when their surrounding environment offers them social connection, physical freedom, and abundance, those previously addicted to morphine will elect to endure withdrawal effects. If the alternative is an environment featuring confinement, isolation, and food scarcity, this is no longer the case.

The implications of this research demonstrate the need to move away from disease models and toward understanding drug dependence as it functions within social and life contexts. Hall writes:

“As the psychiatric survivor movement challenges the reductionist biological view of human distress, it also needs a new model of psychiatric medications and withdrawal. Psychoactive drug discontinuation is a life change process and not reducible to a neurochemical event.”

Additionally, he cites researchers who caution against black and white understandings of drug responsivity and withdrawal:

“Doctors may believe that all patients respond to drugs and none to placebo, but neither statement is true because there is no ideal drug and many disorders remit spontaneously due to their natural course. Our preference for black or white over shades of grey is convenient, but it can offer only a ‘false clarity.’”

When seeking treatment for psychiatric drug withdrawal, it is essential to recognize that psychotherapy is efficacious not because of specific interventions or approaches, but because of common factors. This means that the quality of the client-provider relationship, the confidence of the provider, and the capacity for patient feedback are more deterministic of positive therapy outcomes than the approach or model used. Thereby, it does not make sense to privilege one modality (e.g., 12 steps, Cognitive Behavioral Therapy, etc.) over another.

“A New Understanding of Health”

Hall closes by pushing for new understandings of health that recognize how symptoms are understood and identified culturally, how different people interpret and appraise their experiences, and that therefore, different people will choose to respond in different ways.

“Psychiatric drug discontinuation is further complicated by the culturally bound nature of symptoms,” Hall writes. “Signs of disease in one culture aren’t signs of disease in another, and individuals and their social context have different responses to troubling and unusual experiences and different degrees of tolerance of discomfort.”

Social context needs to be placed at the forefront, he concludes, and further, the voices of psychiatric patients must be at the center of these new initiatives.

“All oppressed groups confront legacies of scientific and medical research that endorses and legitimizes their oppression through claims of biological abnormality and inferiority,” Hall concludes. “Patients who have survived hospitalization and medicalization mistreatment are following a path parallel with other social movements, challenging institutionalized medical knowledge and advancing community self-knowledge.” 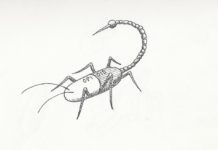 On Human Rights and Surviving Race: A Conversation with Celia Brown