From Medical Xpress: A recent study found that the language used in a patient’s chart notes may affect how well that patient is treated, and how aggressively their pain is managed, for years to come.

“Mary Catherine Beach, M.D., M.P.H., designed the study to determine whether the language and descriptions used in patient records can perpetuate bias among physicians. More than 400 physicians-in-training—medical students and residents—were presented with one of two vignettes about a hypothetical patient, a 28-year-old man with sickle cell disease and chronic hip pain.

While the vignettes contained medically identical information, one used neutral language to describe the patient and his condition, while the other vignette contained nonessential language that implied various value judgements.

Beach and her research colleagues found that physicians-in-training who read the stigmatizing patient chart notes were significantly more likely to have a negative attitude toward the patient than those who read the chart containing more neutral language.” 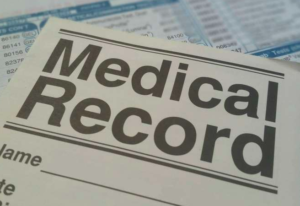