I have spent much of the past few years compiling and editing Resistance Matters: An Antipsychiatry Activist Speaks Out, which will document the long and rich activist career of Don Weitz, the grandpappy of Canadian antipsychiatry. I thought Mad in America readers might like to know something of the background and content of Resistance Matters in advance.

In 1951, when he was 21 years old, Don’s parents responded to his existential identity crisis by having him committed, first at Austen Riggs and then at McLean Hospital (both located in Massachusetts, USA). At McLean, where he was incarcerated for fifteen months, Don was forcibly subjected to 110 sub-coma insulin shock “treatments.” After his release, he became an institutional psychologist, hoping to effect reform in facilities such as the one in which he had been psychiatrically tortured. After fifteen years of this work, he realized that change was never going to come from within the system, and joined the nascent Mental Patients Liberation Movement.

“On Our Own,” Don explains, “helped survivors re-develop social, practical and vocational skills that they had lost through psychiatric oppression. Our democratically run drop-in was a place of safety and empowerment, and our newsletter provided an outlet for the commentary and creativity that had been stifled by the ‘mental health’ system.”

In 1980, Don and his then-partner Carla McKague, a mental health lawyer and shock survivor, founded a national magazine: Phoenix Rising: The Voice of the Psychiatrized. Of Phoenix, Don writes:

It was Carla who thought of the name. In Phoenix, psychiatric survivors could finally tell their own stories of abuse and marginalization, and of how they survived and recovered from the devastation of psychiatric “treatment.” Each issue included sections called “Write On” (letters to the editor), “Mad News,” “Shock Waves” (on electroshock), “Phoenix Pharmacy” (on psychiatric drugs) and “Rights and Wrongs” (on legal issues and human rights). We published a list of shock doctors; we named specific physicians and their hospital affiliations. We had special issues on themes like poverty, housing, work, advocacy, prisoners’ rights, and the psychiatric oppression of women, children, elderly people and gay and lesbian people. And of course we always featured survivors’ art and poetry, in a section titled “Out of the Ashes.” In all, we produced thirty-two issues of Phoenix Rising between 1980 to 1990. We got funding from individual donors and sometimes from government, but we never solicited or accepted money from any part of the “mental health” system, because we were against it. We charged a modest price for individual issues and subscriptions, but current psychiatric inmates, as well as prisoners, received the magazine for free. The only reason we had to stop was because people were getting burnt out — the constant search for funding and the long hours worked for very low pay eventually took their toll.

Before I met Don in 1986, I thought I was the only person in the world who didn’t believe in “schizophrenia” (with which I had been diagnosed), and who realized that the “medical specialty” of psychiatry was completely bogus. The discovery that I was not alone in these views, and my subsequent work as the magazine’s editor, were huge in helping me recover from the devastation of “mental health care.”

When I look back at Phoenix now — happily, all issues can be read on the website of the Psychiatric Survivor Archives of Toronto — I am awed by the magazine’s beauty and power. And not just because of the considerable skills of Phoenix’s designers. What made Phoenix so spectacular was the contributors’ brilliance, and the magazine’s uncompromising ethical stance against psychiatric oppression. Don and I both hope that I, or someone else (or, ideally, many someones), will be interested in producing similar publications in the future; that the Phoenix will rise again.

In 1994, Don started “ShrinkRap” (later called “Anti-Psychiatry Radio” — check it out here), which for the next sixteen years showcased the views and work of psychiatric survivors and activists. In 2003, he and Bonnie co-founded the Coalition Against Psychiatric Assault. Don has organized and attended countless demonstrations and protests, and has more than once been arrested and charged for acts of civil disobedience.

It was Don who first made me realize the power of speaking out against injustice, of coming together with other psychiatric survivors to tell and record and publicize our stories, and of showing off our talents and skills — rather than accepting psychiatrists’ judgement that we are inadequate, incapable and diseased. It was Don who first gave me not only a forum for my own ideas but, much more importantly, the opportunity to encourage others to step out from the shadows and find their own voices. Above all, it was Don who taught me that resistance matters.

Even though psychiatry continues to damage the brains, bodies, hearts, souls and minds of those it captures, more and more people are realizing that it has no scientific basis, and that much of what is done in the name of “mental health” boils down to the deprivation of fundamental human rights. Every book, every website and e-list, every letter to the editor that tells the truth about psychiatry wakes more people up to these facts.

It is a privilege and an honour for me to have been entrusted with the task of compiling and editing Resistance Matters. Don has accumulated a massive amount of writing over the years, and he asked me to choose from among hundreds of pieces to create a coherent whole. The selection process was daunting; I have had to leave out many important pieces, and I hope that those I have chosen will do justice to the scope and intensity of Don’s activism, which has spanned nearly half a century. The labour of cutting lengthy pieces down to a manageable size, while preserving their passion and intent, has been dear but difficult, as was the selection process. I could never have managed any of this work without the patient and generous help of Elaine Hutchinson, Suzanne Johnson, Initially NO, Dale Hammell, Ronda E. Richardson, Tom Sandborn, Diana Girsdansky and Cheryl Michaels.

Don has been published extensively, and much of his work can be found online and in various anthologies and journals. Although most of the pieces that will comprise Resistance Matters have not previously been published, I have also included important material that has been published but not widely read.

Clearly, Don Weitz will go on writing and fighting for justice until he drops, because, as he once said at the end of an interview, “I just won’t keep silent. I can’t and I won’t.” An activist who works with Don recently referred to him as “Don Weitz, the energizer bunny” — a commercial symbol of unstoppable determination.

As a fierce and tireless social-justice warrior, Don does not limit his activism to combatting psychiatry. He is a longtime and dedicated member of the Ontario Coalition Against Poverty and of the migrant justice organization No One Is Illegal. The latter’s website describes “a worldwide movement of resistance that strives and struggles for the freedom to stay, the freedom to move, and the freedom to return” [emphasis mine]. Both groups stand in solidarity with and in defence of Indigenous struggles for sovereignty and self-determination. Both stand in opposition to colonialism, capitalism and oppressive politics.

Experienced psychiatric survivors know that the only way out of the loony bin, or of outpatient committal (“assertive” community treatment), is abject submission. We must stroke psychiatrists’ egos by telling them they are right: that we understand that we are sick, and that only they can help us, and that every day, for the rest of our lives, we will take the drugs they have prescribed.

Don knows all too well that the politics of psychiatry are the politics of oppression, and that it is capitalism above all that drives psychiatry. A fraction of the billions of dollars used to invent psychiatric drugs, create markets for them and maintain the structures that force us to take them would be more than enough to eradicate hunger and homelessness throughout the world. And plenty of money would still be left for creating opportunities for joy, learning, creative self-expression, mutual aid and all the other good things that psychiatry has worked so hard to eliminate from our lives.

Resistance Matters will be an important resource, not only for survivors of psychiatric oppression, but for anyone who cares about human liberty and dignity. It will illustrate, strikingly, the war that psychiatry is waging on both, by means of the coercive, dangerous, morally bankrupt and scientifically illegitimate “treatments” that psychiatrists inflict on an ever-increasing number of unsuspecting citizens.

Readers unfamiliar with psychiatry will begin to find out about the terrible damage done by psychiatrists with their drugs and other “treatments” and procedures, notably including electroshock “therapy,” physical restraints (shackles), and “locked seclusion” (solitary confinement). They will be introduced to some of the ways in which psychiatrists destroy people’s lives by colonizing our minds, bodies and spirits. They will learn about some of the particular horrors that psychiatrists and hospital staff (as well as police responding to “mental health” calls) inflict on people of colour, and read about some of the ways in which psychiatry specifically brutalizes women.

As for readers who, like Don and me and many of you, have been subjected to forced psychiatric “treatment” and incarceration, I hope they will be heartened to find out more about the ever-growing number of people who understand and care about what they’ve been through, and who are working towards a world in which these atrocities never have to happen to anyone again.

Don and I, along with many others — not a few of whom also write for Mad in America — envision a time when the disease model of strangeness and distress becomes a sorry footnote to the tale of human history; when “otherness” and emotional intensity are clearly seen as spiritual, rather than medical issues; when actual physical ailments and sensitivities are no longer misdiagnosed as signs of “mental illness.” A time when people of all societies learn to embrace diversity, and to treat each other with forbearance at those moments when extremes of feeling and expression make kindness and compassion too difficult.

With luck and effort, even we who have been half-killed by psychiatry can discover the possibilities of working together for change. We can find the power that systems have taken away from us — or that we never had in the first place. We can learn from each other about ancient ways, and new ways, of dealing with problems of mind, heart and body. I believe that, in doing so, we can make the world better for everyone. Unquestionably, we can do better than the so-called mental health system. Or, in Don’s own words:

By building communities based on freedom and the acceptance of difference, all of us can help end psychiatry’s reign of terror. It’s time to de-stigmatize and reclaim our selves. It’s time to assert our credibility. It’s time to celebrate and be proud of our victories and our power.

Please note that Don and I are still looking for a publisher; all suggestions are welcome! 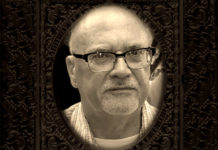 A Tribute to Stephen Gilbert, Warrior Behind Enemy Lines 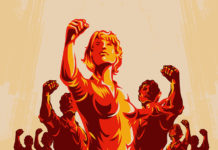 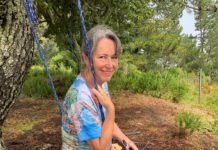