In a recent international research initiative by the World Health Organization (WHO), Randy P. Auerbach of Columbia University’s Department of Psychiatry and a global team of colleagues examine the prevalence common psychiatric diagnoses among college students. Although there is much debate surrounding the appropriateness and generalizability of DSM diagnoses on a global scale, findings published in the Journal of Abnormal Psychology indicate that a large percentage of students entering college experience significant emotional distress while juggling social, professional, and school-related pressures.

Auerbach and colleagues analyzed the results of self-report questionnaires that screen for the lifetime and 12-month occurrence of Diagnostic and Statistical Manual of Mental Disorders, fourth edition (DSM-IV) diagnostic categories including major depression, mania/hypomania, generalized anxiety disorder, panic disorder, alcohol use disorder, and substance use disorder. These categories are relatively consistent with what’s represented in the updated DSM-5.

Of the 18, 19 and 20-year-old participants entering college across eight countries, over one-third satisfied criteria for at least one of the common lifetime disorders, and slightly under one third endorsed symptoms indicating at least one 12-month disorder.

“This high prevalence is significant not only for the distress it causes at a time of major life transition, but also because it is associated with substantial impairment in academic performance as well as suicidal thoughts and behaviors,” the researchers write.

Although a large number of students in this large population (N = 13,984) of entry-level college students endorsing behaviors indicative of Western diagnostic categories is concerning, results should be considered together with critiques of the globalization of culturally bound notions of “mental health.” Global calls have been made for a new paradigm in psychiatry, and many researchers have voiced concerns surrounding patterns in the globalization of a medical-model approach to psychological distress. For example, in her recent book, “Decolonizing Global Mental Health: the Psychiatrization of the Majority World,” China Mills suggests that global mental health movements may pathologize characteristics attributable to contextual and social determinants, and minimize the pressure that external systems exert on the human experience.

This study represents the first phase of a multiphase project by the WHO to assess patterns of emotional impairment in young adults on a global scale. Researchers engaged a convenience sample of students from 19 universities across Australia, Belgium, Germany, Mexico, Northern Ireland, South Africa, Spain, and the United States in an online battery of “short validated self-report screening scales for […] mood (major depressive disorder, mania/ hypomania), anxiety (generalized anxiety disorder, panic disorder), and substance (alcohol abuse or dependence [AUD], drug abuse or dependence, involving either cannabis, cocaine, any other street drug, or a prescription drug either used without a prescription or used more than prescribed to get high, buzzed, or numbed out).”

Researchers had initially intended to screen for a more exhaustive set of diagnostic categories. However, based on college administrators’ concerns regarding the scope and time-commitment of screening procedures, six categories linked to high impact on roles required of college students were selected.

Overall, these results indicate slightly higher rates of impairment among college students than past studies, and heightened vulnerability among students who “were older age, female sex, [had] unmarried-deceased parents, [had] no religious affiliation, [endorsed] non-heterosexual identification and behavior, [had] low secondary school ranking, and [endorsed] extrinsic motivation for college enrollment.” Authors note that high rates of impairment among participants self-identified as transgender prompted specific consideration for this population in a forthcoming paper.

Auerbach and team acknowledge that convenience sampling in recruitment procedures represents a limitation. Additionally, the lack of global validity of the DSM (noted above) aside, the use of a virtual screener to detect symptoms meant exclusive reliance on self-report indicators, and thus failed to account for student affect and context. Participants volunteered to participate from the general population of students at the beginning of their college experiences. Therefore it is possible self-selection bias skewed results.

Impairment in social functioning, school performance, and other relevant developmental domains wasn’t required for eligibility to participate, creating the potential for overestimation of impairment based on freeze frame evaluation of mental health rather than any sort of referral process. However, it can also be argued that complex referral processes can contribute to an underestimation of distress or impairment. Authors suggest that, because students screened were younger than is typical for the onset of the specific categories examined, results could have been different than what would have occurred in a slightly older group of young adults.

Debate exists as to whether the trends revealed in Auerbach and colleagues’ analysis indicate the presence of mental disorder, or serve to illustrate general distress in a large proportion of students at the start of their college careers. However, the results highlight areas for growth in the provision of emotional support to young adults. With such a large number of students endorsing behaviors associated with depression, anxiety, and substance use, the systems underlying these patterns must be evaluated and more supportive environments introduced. 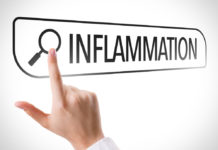 Disentangling the Link Between Inflammation and Depression