The most striking part of INTAR’s 2016 conference, which was held in Lavasa, India from November 26 -28, with a fourth day given over to a roundtable strategy session, was that it brought together people from 40 countries, including representatives from the World Health Organization, the United Nations, and the International Disability Alliance, and by conference end this gathering had embraced a common thought: a new global health narrative was needed, one that could replace the failed “medical model” that dominates mental health today.

“We need a new paradigm,” said Alberto Vasquez, research coordinator of the office of the special rapporteur to the United Nations on the Rights of Persons with Disabilities. “People are clamoring for change. We want to see something else.”

The American Psychiatric Association (APA) created its disease model when it published the third edition of its Diagnostic and Statistical Manual in 1980, and over the past 35 years, this American-born model has been exported to much of the world (and hence, the globalization of mental health). However, what became clear at the INTAR meeting is that as a country adopts the disease model, it will eventually prompt at least a few brave souls to stand up and try to fight it. For instance, there were people from Nepal, China, Indonesia, and the Philippines at INTAR (to name just a few of the countries that were represented), and they all told of a desire to join a larger international effort to combat the disease-model practices.

“There is a globalized community that is coming together for resistance,” said Bhargavi Davar, who heads the Bapu Trust, which hosted the INTAR conference.

In many ways, the conference represented the fulfillment of a vision that the founders of the International Network for Treatment Alternatives and Recovery had when they began the organization in 2004. INTAR was started by dissident psychiatrist Peter Stastny and a small group of mental health activists, mostly from New York, and as the organizational name indicates, their goal was to create an international network of professionals and people with lived experience who would promote alternatives to the traditional mental health system and the regular use of psychiatric drugs. The organization has had its struggles, as it has operated without any real funds, with the scheduling of a conference dependent on finding a host who can put on the event, but it has plugged along, and the Bapu Trust proved to be a perfect partner for INTAR. Together they created a conference that Stastny called a “high-water” mark for the organization.

Bhargavi Davar founded the Bapu Trust for Research on Mind and Discourse in Pune, India in 1999. She came from a family of users of psychiatric services, with her mother Bapu having suffered horribly within the system. Bhargavi, having earned a Ph.D. in the philosophy of psychiatry, founded the Bapu Trust to support survivor-directed research and advocacy, and to promote non-drug alternatives. Her own research has focused on such topics as traditional healing practices in India and gender issues in psychiatry. In this way, she turned the Bapu Trust into a user-led initiative that has academic credentials and the influence that comes with such research. Today, it serves as an organizing hub for mental health advocacy groups seeking to promote alternatives throughout India and Asia.

There were many memorable aspects of the conference, starting with the joyful experience of being among such a culturally diverse group. That was a feeling, it seemed, common to everyone there.

It was also notable that many of those with lived experience who were speakers or workshop presenters also had connections to an international mental health agency or advocacy group, or had served as members of the United Nations’ Convention on the Rights of Persons with Disabilities (CRPD). This was evidence, at least for me, of how a user movement that resists the current model of care is increasing its influence, in ways small and large.

Everyone who goes to a conference may remember different talks and workshops as having a particularly deep resonance. This one had an abundance to choose from, but there were two presentations that struck me the most.

The first was on the importance of the CRPD. Even though Tina Minkowitz, who was a member of the committee that produced the treaty, has written eloquently about it for MIA, I am afraid that I thought it was a “pie in the sky” document, given that it requires countries to recognize the right of individuals with disabilities, including “psychiatric” disabilities, to make their own “informed” choices regarding health care services. This stands in direct contrast to our expanding system of state authority in the United States over the lives of people with psychiatric diagnoses, both in the hospital and as “outpatients,” which is built on the assertion that people with schizophrenia and other “psychotic” illnesses lack insight into their illness, and thus the state may exercise guardianship over them. But at the conference, Diane Kingston, who is a vice-chair of the UN Committee that monitors compliance with the treaty, made a good case for how the CRPD could be used to “hold countries accountable.” The committee’s reviews produce findings of non-compliance, which can then be used to push countries to enact legislation consistent with the CRPD, she said.

There are 160 countries that have ratified the treaty (although the United States has not). Kingston said that Costa Rica is the one country that has been certified as fully compliant with the CRPD. This shows that it is possible for a society to develop alternatives to forced treatment. “Coercion,” said Chris Hansen, who was a delegate to the UN convention, “is a systems failure that leads to a violation of human rights.”

The second was by Kwame McKenzie, a professor of psychiatry at the University of Toronto, whose research has focused on the intersection between societal factors and psychiatric disorders. Specifically, he told of a guaranteed-income experiment that ran in the province of Manitoba, Canada in the 1970s, which was designed to assess whether the guarantee of a livable income, without any conditions, would lead to a disincentive for low-income people to work. What the researchers found was that, in fact, it provided many people with the opportunity to return to school and get better jobs. It also led to a reduction in psychiatric hospitalizations and visits to mental health professionals.

His talk served as a powerful reminder to think of social initiatives that can serve as “therapeutic alternatives” in this world of mental health. We all know this–create a more just society, and psychiatric distress will abate–and yet we still tend to focus more on therapeutic interventions, such as Open Dialogue Therapy, when we talk about “solutions.”

I was asked to be one of the speakers for a final plenary on “Where do we go from here.” And, in retrospect, I think I stumbled in trying to respond to that question.

In the process of co-writing Psychiatry Under the Influence, I became convinced that the best way to understand the problem with our current system of care is that it arises from a “false narrative,” which comes wrapped in the gauze of science. Societies have organized their thinking around that false narrative, and that is producing social injury on a vast scale. And so I spoke briefly about how the disease-model narrative arose, and all the ways it is belied by scientific findings.

Thus, if we are to go in a different direction, we first need to see the current narrative in this light. But how to describe a new narrative that would replace the disease model? At this conference, speakers had given voice to many strands of what would add up to a new narrative, and such strands of thinking are familiar to readers of MIA. Different conceptualizations of psychiatric distress, different therapeutic approaches, respect the rights of individuals with psychosocial problems, create a more just society, and so forth. But how can you weave those strands into a succinct narrative, supported by “evidence,” that can successfully be pitched to the public?

In other words, how can you reshape the public mind, and have it organize its care around a different, humanistic narrative?

I didn’t ably sum up the challenge in that way at the plenary. I spent so much of my 20 minutes on summing up the evidence for the false narrative that governs us today that I didn’t organize my own thoughts on “moving forward,” other than to say that it was surely a collective task.

However, the following day, at the strategy roundtable led by Alberto Vasquez and Alexandre Cote from the International Disability Alliance, this was the task that was taken up. The participants included the two representatives from the World Health Organization, many people who had been members of the UN Convention on the Rights of Persons with Disabilities, and leaders of psychiatric survivor/user organizations, and the group spent the day discussing and thinking about a new “narrative” that could both replace the disease model and be succinctly “marketed” to the public.

It was a big-picture way of thinking of “solutions.” At the close of session, Vasquez and Cote promised to draft a five-page paper on a new narrative, and I have to say, I am eager to see what they write. 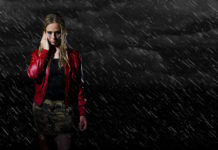 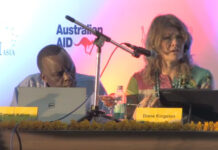 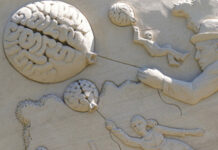