The DK Law Group (“DKLG”) continues to litigate new actions on behalf of those injured by ECT.

In October of 2018, in Riera v. Somatics, LLC, the United States District Court for the Central District of California ruled that there was sufficient evidence for a reasonable jury to find that the prominent manufacturer of ECT devices, Somatics, LLC, caused brain injury in the plaintiffs by failing to warn their treating physicians of the risk of brain injury associated with ECT, and also through a failure to investigate and report to the FDA complaints of brain damage and death resulting from ECT.

The decision is now published and can be cited to support that those who administer ECT must keep aware of, and communicate to patients, the complaints of injury reflected by the FDA’s adverse event database. If the manufacturer fails to report complaints of a particular adverse event or risk, and a patient doesn’t receive warning of that risk in consenting to treatment, both the manufacturer and the doctors/ECT providers are potentially liable.

Despite no changes in the safety or effectiveness questions presented by use of their manufactured devices since 1984 (all ECT devices are on the market through a “grandfathering” loophole, solely by virtue of their “substantial equivalence” to ECT devices marketed before 1984), Somatics nonetheless published this “new” disclosure. The question remains: why, and why now?

Likely believing that the new disclosure will eliminate their future exposure for brain damage they cause, the issue is now whether the disclosure is adequate and whether any such warning is actually being provided to ECT patients. Have the purchasers of Somatics Thymatron devices adopted any warnings, providing them to potential ECT patients that there is the risk of “traumatic brain injury“ or “brain damage” resulting from ECT? Based on ongoing new ECT client intake information obtained by DKLG, the answer is a resounding “NO.”

Upon review of hundreds of the “informed” consent forms received from those suffering permanent cognitive impairment after receiving ECT, the overwhelming majority of consent forms do not provide the patient with any form of disclosure that “brain damage is a risk that can potentially occur from ECT, whether performed properly or not.” Nor do consent forms describe the ongoing debate within the medical field about ECT’s safety and effectiveness.

Clearly the new Somatics disclosures were designed to attempt to create a shield against claims for ECT-related injuries going forward. However, the disclosures may actually cement liability for the manufacturers for their failure to disclose of this known risk for ALL ECT patients undergoing ECT in the past. Given the ECT industry’s steadfast denial of any long-term damage caused by ECT (for over the past fifty years), the “new” disclosure would now seem to be a blessing for all potential ECT Plaintiffs.

The legal issue that is now on the horizon is the appropriate “tolling” of the statute of limitation for ECT patients who have suffered brain damage from past ECT. Other named Plaintiffs in the Riera litigation were dismissed on statute of limitation grounds, denied their right to amend their complaint to allege delayed discovery of the “negligent cause of their brain damage” from ECT. An appeal addressing the right to amend their complaint remains pending for decision before the Ninth Circuit Court of Appeal.

The appeal addresses the right of ECT victims that had been suffering from post-ECT cognitive impairment caused by brain damage from ECT to delay the filing of a complaint until the negligent cause of their damage was known. As NO ONE has ever admitted or established that brain damage is potentially caused by ECT until now, the claims should legally be allowed to proceed, regardless of how long ago the ECT treatment occurred.

Once the pending appeal is decided, the ruling may allow the remaining Plaintiffs in the Riera litigation the right to amend their complaint to allege delayed discovery and extension of the statute of limitation. If success occurs on appeal, this anticipated ruling may open the door for many more ECT plaintiffs to obtain the redress they deserve for the damage caused by ECT, no matter how long ago their ECT took place.

For those ECT patients undergoing recent ECT, DKLG is now actively pursuing the filing of new complaints on behalf of those ECT survivors for the product liability litigation against ECT manufacturers and select ECT providers.  The new actions are being filed across the U.S. to address injuries caused by the failure to warn of the risks of permanent cognitive injury caused by the brain damage associated with ECT.

In effort to secure the support that the claims deserve, DKLG has affiliated with Baum Hedlund Aristei and Goldman, P.C., (“BH”) to prosecute all further ECT matters. BH is recently well known for their “Roundup” verdicts in similar product liability litigation ($289 million and $2 Billion). Accordingly, DKLG and BH are now enlisting help from attorneys nationwide. New actions are being pursued in all states on behalf of those ECT patients who have suffered lasting cognitive impairment from traumatic brain injury as a result of receiving electroconvulsive therapy without warning of the known and knowable risks involved.

These next rounds of new cases have already commenced, with actions now pending in the state courts in California, Oregon and Illinois. Hundreds of similarly complaining ECT victims have now reported identical lasting cognitive impairment and evidence of brain damage following ECT and have begun the process of case evaluation with DKLG. The aim is to bring each and every one of these cases to verdict to both ensure proper compliance with federal law by ECT device manufacturers, and true informed consent to those who receive ECT.

If you want to do your part to strengthen the cause, and you or someone you know has suffered harm from electroconvulsive therapy, file an adverse event report with the FDA: Report ECT Injuries

For an example of a partially completed report: Medwatch Sample Report

Each complaint lodged that the manufacturers fail to investigate and follow-up upon is another piece of evidence potentially usable in all ECT litigation.

In further developments and in the continuing effort to support the ongoing progress toward spreading awareness of the risks of ECT and to seek to compensate those injured from ECT, the “ECTJustice.com” site has been gifted to the DK Law Group.  The site will continue to operate to allow for dissemination of all current information regarding ECT litigation, ECT awareness and new developments.

If you or a loved one has suffered injury without adequate warning of brain damage associated with ECT, or for inquiry regarding the status of ECT litigation may be addressed to:  [email protected]. 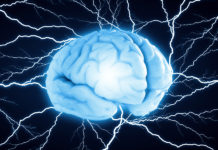 Too Good to Be True: How TMS Damaged My Brain 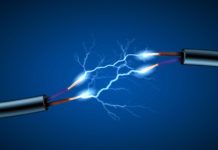 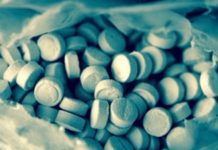