A recently published chapter in The Routledge Handbook of International Development, Mental Health, and Well-Being, brings to fore the problem of reduced life expectancy among people on psychotropic drugs. It instead suggests several non-pharmacological interventions to help alleviate distress. In this chapter, Peter Lehmann, a psychiatric survivor author, editor, and publisher, lays out the severe side effects of these drugs and argues that their administration in the global south works against the mission of the United Nations Sustainable Development Goals 3 (SDG3).

The psychiatric world is witnessing a shift as an emphasis on de-prescribing is increasingly gaining momentum. For example, the Journal of Therapeutic Advances in Psychopharmacology is working towards a special collection on the topic of psychotropic drug discontinuation. A recent article notes that current guidelines that promote psycho-pharmaceuticals as the first line of treatment for depression are based on old or irrelevant studies. Similarly, research on antipsychotics has linked them to dopamine super-sensitivity, which may inhibit long-term recovery. Some have argued that better long-term functioning is more common when neuroleptics are discontinued after short-term use. Further, the use of psychotropic drugs during pregnancy is associated with health risks for the infant, leading physicians and researchers to look for strategies for safely coming off these medications.

In this chapter, Lehmann writes that while the SDG3 aims to improve citizen well-being for all ages, several drug lists from British National Formulary to the French Vidal, have repeatedly linked psychotropic drugs to adverse effects, which may, in turn, obstruct these goals. This is especially true when people are coerced into taking these drugs. He suggests alternatives to these methods and emphasizes improving awareness around the issues of psychotropic drug withdrawal and side-effects.

“Supporting the self-help efforts of people in severe emotional distress and collaborating with dedicated family members, community members, and professionals in the development of humanistically-oriented support systems should be strategies of first choice for all countries in their approaches to SDG3, including lower and middle-income countries.”

SDG3 prioritizes reducing citizen mortality by one-third tasks nations to make the necessary efforts to move toward this goal. While mental distress does not feature explicitly in these goals, it is known that people diagnosed with severe psychiatric issues like bipolar disorder and schizophrenia have a reduced life expectancy by decades.

Some suggest that patients’ own economic, physical, and mental vulnerabilities make them susceptible to poorer health outcomes. For example, heart disease and diabetes contribute significantly to patient mortality. However, second-generation neuroleptics are responsible for weight gain, diabetes, dyslipidemia, and insulin resistance, among other problems. Newer studies have pointed to forced psychiatric hospitalization as a contributing factor towards post-hospitalization suicide.

Lehmann draws on the work of Peter Gøtzsche, whose research has pointed to the associations between psycho-pharmaceuticals and cardiovascular disease, arrhythmias, and even stroke.

The problem is not limited to antipsychotics, Lehmann points out. A recent study reported hallucination as a side-effect of ADHD medication and other research suggests that the increase in the incidence of depression and suicide rates might be linked to side-effects of other medicines like contraceptives, beta-blockers, and even antidepressants themselves.

Given that primary health care facilities and emergency care services might be less accessible in poorer nations, these adverse effects of psychotropic medication may have dire consequences for people in these places. This is a significant concern given that studies have shown that patients in low and middle-income countries (LMICs), where psychotropic medication is not readily available or is not the first line of treatment (like India and Nigeria), tend to have better clinical and social outcomes.

Lehmann asserts that providing psycho-social support for those discontinuing medication, either due to health effects or personal choice, will reduce mortality rates by addressing problems that emerge from drug withdrawal. Additionally, getting genuine informed consent, which involves informing patients of the side effects, withdrawal, risks, and alternatives, can also contribute to improvement in life expectancy. Since neuroleptic Clozapine requires specialized monitoring which is absent in most LMICs due to lack of resources, he advises that it is better to avoid its administration.

In cases where antipsychotic drugs are the only option, it might appear that finding the lowest effective dose and avoiding multiple medication use could help to reduce premature mortality. Despite these precautions, Lehmann lays out research that cautions that even short-term and low-dose usage of neuroleptics can lead to permanent side effects like changes in brain structure, tardive dyskinesia, and suicidal ideation.

Given the prevalence and intensity of the problems associated with psychotropic drugs, Lehmann provides alternative forms of interventions that are suited to LMIC’s needs and also fulfill the SDG3 goals. These alternatives are psychosocial interventions that have lower costs, fewer side effects, and are non-coercive treatments. These humanistic alternatives, like Soteria and Open Dialogue, prioritize expertise through experience. In other words, the voices of those with the highest stakes – the patients—is considered essential in forming treatment plans, legislation, and policy changes. Encouraging interaction among ex-patients to formulate self-help protocols is central in reducing stigmatization and exploitation and is suited to the needs of LMICs as these methods prioritize self-reliance, connection with the community, and are low cost.

Additionally, indigenous approaches from places like India and Pakistan often focus on holistic treatment and a non-division between mind and body. It is crucial to support the already-existing resources that may be effective due to their socio-cultural familiarity. Other humanistic forms of intervention like the Intervoice network are already showing positive outcomes and spreading in LMICs like Uganda. The trauma-focused approach of these interventions allows voice-hearing to be seen as a coping mechanism and decreases its chronicity:

“The beauty of such an approach,” Lehmann writes, “is that there is no need to pay a therapist to facilitate groups. For this reason, the approach seems a good fit for LMICs with low resources. If those hearing voices are low on income, then transportation cost and a meeting place are the only organizational problems to be solved.”

Lehmann further discusses three effective and already operational alternative models of treatment across the world: MindFreedom Ghana, Seher in India, and La Cura and Associazione Penelope in Italy. These alternatives work with the help of survivors of psychiatry and ex-patients. They involve family and community support, address psychosocial needs, and include systemic problems of poverty and discrimination in their explanatory models and intervention techniques (place to stay, finding work, free food). They focus on marginalized populations and consider psycho-pharmaceuticals as the last line of treatment. All of them defer to the choice of the patient who can decide whether they need treatment, and what form of therapy is appropriate.

The alternatives suggested by Lehmann are finding a mainstream voice as critiques of traditional diagnoses and treatments grow louder. For example, indigenous approaches are not only limited to India and Sri Lanka. Similar paradigm-shifting methods are coming from places like New Zealand.

Overall, Lehmann argues that the cost of psycho-pharmaceuticals on the quality of life and mortality of patients is too high and LMICs may suffer from decreases in life-expectancy, against the SDG3 goals, if psychiatric interventions are scaled-up. Given the low cost and good outcomes of psychosocial and humanistic interventions, and their ability to be responsive to a region’s cultural discourse, they are better suited in LMICs and are aligned with the priorities of SDG3. 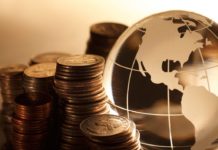 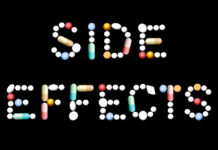