New research published in Lancet Psychiatry examines the relationship between immigration and non-affective psychosis in Sweden. The researchers investigated whether immigrants and their children living in own-region high-density places were less likely to develop psychotic disorders. Own-region high-density areas refer to neighborhoods where one lives near others from the same area of origin, and often the same ethnicity.

The researchers, led by Jennifer Dykxhoorn of University College of London, found that living in own-region high-density areas acted as a protective factor against non-affective psychotic disorders. This was especially true for those migrants who were easily identifiable as minorities. The results suggest that the widely documented elevated risk for psychotic disorders found in immigrant communities is likely the result of social factors and discrimination.

Over the past few decades, researchers have repeatedly examined the association between immigration and psychotic disorders. One common finding is that immigrants, especially minority groups, are more susceptible to being diagnosed with psychotic disorders—the risk increases when the immigrants are refugees who likely have encountered traumatic experiences.

Numerous hypotheses have been extended for this: from immigration trauma and psychosocial adversity to higher rates of schizophrenia in sending populations. Other researchers have suggested that the higher rates are due to alienation and disturbance in cultural identity caused by moving from a socio-centric to an ego-centric culture. Similarly, others have shown that migrants who move from cultures that are vastly different than their own are at a higher risk of being diagnosed with schizophrenia.

Even in healthy populations, psychotic-like experiences occur more frequently in those groups which face more social disadvantage. For example, there is a higher prevalence among Black-Caribbean but not Black-African groups in Britain. Previously some of the researchers from this study have also shown that the increased risk exists not only for psychotic disorders but not for non-psychotic bipolar disorders. Apart from being more vulnerable to the symptoms associated with ‘schizophrenia,’ immigrants and minority groups are also more likely to be subjected to medical coercion.

In this study, Dykxhoorn and co-authors examined the protective role of living in own-region high-density neighborhoods against psychosis. They report that previous studies have shown that high ethnic density is related to lower risk of psychotic disorders, but also that this is not true among all ethnic groups.

They conducted the most extensive study to date and gathered data from the Swedish registry ‘Psychiatry Sweden.’ Next, they identified migrants and children of migrants born between 1982 to 1996, who were Swedish permanent residents and 15 years or older. They then looked for the outcome of the International Classification of Disease-10’s non-affective psychosis disorder among this population. The final cohort included 468,223 individuals with 4582 cases of non-affective psychotic disorder.

The researchers found that living in high-density areas was a protective factor for many ethnic groups. They write:

“In this national, longitudinal cohort study, we showed that the risk of non-affective psychotic disorder among migrants in Sweden increased as neighborhood own-region migrant density decreased. We found this effect for both migrants and children of migrants.”

Similarly, generation status, that is whether one was a migrant or child of migrants (1st or 2nd generation migrant), was also correlated with elevated psychosis risk. The risk of living in low-density areas was higher for migrants than children of migrants.

The study controlled for various factors that could explain the observed trends. For example, researchers controlled for population density and neighborhood deprivation since migrants tend to live in urban areas and have lower socioeconomic resources. Thus, the researchers suggest that these factors do not explain their findings.

They propose that psychosocial factors can explain this trend. Migrants living in areas with higher own-region density have more social support, might feel included, experience less discrimination and prejudice, and enjoy a sense of community and belongingness. Beyond immediate families, this inclusion within a wider community might be a protective factor because of liberal access to social, emotional, and practical support. They add:

“Furthermore, living in areas of low ethnicity density could lead to the perception of being different from one’s social environment, contributing to higher levels of social stress, and more frequent experiences of discrimination.”

This is especially relevant because the current study found high own-region density to be a protective factor for visible minorities who tend to face more discrimination and isolation when living in low-density areas. Similarly, the effect was more pronounced for migrants than their children because residing in places with others who share a similar appearance, culture, and language could be more important for first-generation individuals.

These findings point to the importance of community and connection (living in high-density areas of people who look and speak like yourself) and corroborate earlier studies that have shown the positive effects of close social relationships and increased frequency of social interactions for people experiencing symptoms associated with psychosis.

The researchers note that their study has several limitations. The absence of data on ethnicity meant that the region of origin had to be used, which could be different from a person’s ethnicity. In addition, there could be a possible misclassification of an individual’s probable visible minority status. Lastly, they considered the fact that past research has shown that migrants do not avail psychiatric services at the same rate as Swedish-born people. Thus, there could be a possible underdiagnosis in areas with high migrant density. 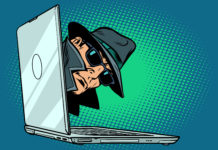 Social Security and Asylum: How States Produce Negative Affect to Stigmatize and Deter