A recent article published in Psychoanalytic Psychology explores the symbolic meanings that are sometimes attached to psychotropic drugs. Italian psychologists Arianna Palmieri, Silvia Zidarich, and Johann Roland Kleinbub argue that psychiatric medications should not be understood exclusively as having physiological effects but as being mediated by symbolic meanings as well. These meanings range from more universal and “iconic” effects to idiosyncratic “personification” effects. According to the authors, paying greater attention to the symbolic aspects of taking psychotropic drugs can help prescribers and service users work better together toward psychological healing.

“In general terms, we are persuaded that the influence of any PD [psychotropic drug] on a patient’s mind is mediated by its symbolic meaning, which affects many aspects of the therapeutic relationship,” the researchers write, adding:

“In the words of Wieder and Kaplan, ‘Symbolic importance is attached not only to the (chemical) agent itself, which may represent an object or part object” but also to “the act of using it and also to the physiological concomitants, which stimulate fantasies, or are secondarily incorporated into them.’” 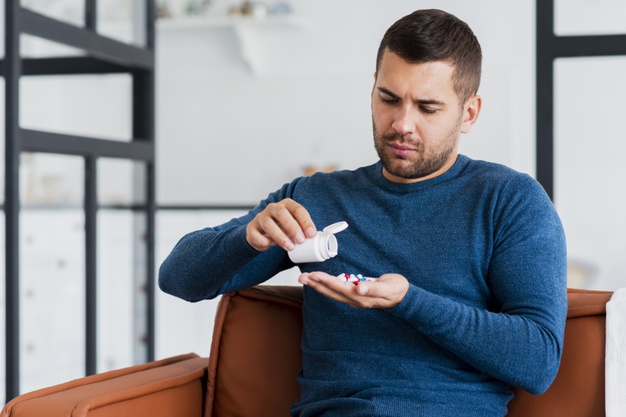 Service users and those critical of psychiatry continue to question the medical model of mental illness, particularly its over-reliance on psychotropic medications.

Psychologist Irving Kirsch has pointed to the significance of what he calls “response expectancy,” which states that what people believe about a medication they will receive can affect the course of the treatment.

The current article more closely examines the “symbolic” effects of psychotropic drugs or their “psychological meaning.” The authors describe two different levels of symbolic meaning: “iconic” (stereotypic) and “personification,” or personal. They suggest a “semiotic” and “relational” perspective of their own, focusing on the relationship between a prescriber and someone who is prescribed psychotropic drugs as an essential part of the symbolic meaning of taking medication.

According to the authors, “symbolic meaning” can be understood, from a psychoanalytic and psychodynamic perspective, as a comparison between two terms. A classic example here is Freud’s belief that phallic-shaped objects in dreams (such as a tall building) can represent an actual phallus.

More recently, the terms “personification” and “iconic” have been suggested.

“Iconic” meanings are exemplified by a sense of being “nourished” or literally fed, in Freud’s original view. The authors state that people with “dependent personalities” can come to rely heavily on psychotropic drugs, for this reason, attaching a “vital nourishment” meaning to them. This “dependence” can end up being desirable because it provides a way of dealing with the person’s concerns without having to make any decisions or life changes.

As another example, some individuals who experience “paranoia” may resist psychotropic drugs because of attached meanings related to being invaded or controlled from the outside.

For those with “narcissistic traits,” adhering to psychotropic treatment can be experienced as a “capitulation” to the therapist or psychiatrist, losing the “arm-wrestling match” of the psychotherapy situation.

“Personification” meanings related to psychotropic drugs have to do with the psychotropic drug coming to symbolically represent a person, such as a caregiver, the psychiatrist, or even the person themselves. This has different implications for different kinds of people.

According to the authors, for example, individuals can feel like a psychotropic drug is a “transitional object” which takes on symbolic characteristics of a parental caregiver without needing the actual person to always be available.

Alternatively, an individual can understand a psychotropic drug as symbolic of an intrusion by the therapist.

Providing a clinical case study of a “personification” meaning, the authors explain:

“Thomas was a successful professional who grew up as an orphan because his parents abandoned him at a very early age. During therapy for severe depression, he refused to take any medication. The therapist interpreted his firm rejection of any PDs as a transference of the pharmacotherapy to his lost parents. Just like the antidepressants that he should have taken, his parents were powerful allies whose help he had always wanted, even though he had never been able to rely on them.

The therapist interpreted this as Thomas actively rejecting his parents—personified in the PDs—and asserting his autonomy. By refusing pharmacological support, Thomas was finally turning his lifelong passivity into activity. In other words, he could now choose to be alone instead of submitting to enforced loneliness imposed by the parents who abandoned him. Once Thomas understood the symbolic meaning he had attributed to the antidepressants, the therapist endorsed Thomas’s decision to do without them, as it represented a turning point in his inner life.”

Beyond “iconic” and “personification” meanings, the authors describe their own position as turning toward symbolic meanings within the therapeutic process itself, as a relationship—something they call a “relational and semiotic” understanding.

They state that psychotropic drugs’ symbolic meaning should be understood as a “negotiation of healing significance between patient and therapist,” rather than referring exclusively to associations that individuals make inside their own minds.

As an example of the “co-constructed” nature of symbolic meanings around psychotropic drugs, the authors discuss a clinical case with a woman named Scarlett. Scarlett was taking high doses of antidepressants, antipsychotics, and antianxiety medications. She understood these medications to be “taking care of her.” Through discussions with her therapist, she came to see the medications as a replacement for the care of her father, who had died years prior.

Scarlett and her therapist worked to help Scarlett process the grief of her father and to feel safe without him, which led to her eventually “feeling good” on lower doses of psychotropic drugs. The symbolic meaning of the medications was used by both individuals to identify clinical progress, as she came to rely less on them as a symbolic substitution for her father’s care.

In conclusion, the authors state:

“It is crucial for psychotherapists to bear in mind the symbolic meaning of PDs, which can help them in several dimensions of the treatment such as ensuring pharmacological treatment concordance between patient and therapist or maintaining the therapeutic alliance. Furthermore, this awareness can help dealing with patients requesting the prescription of specific drugs (and the frustration associated with the rejection of such requests) which may represent a hidden desire to avoid facing one’s problems, as in the case of the dependent personality.”