According to researchers, children are increasingly prescribed multiple different psychiatric medications (a practice known as polypharmacy). The use of antipsychotics in children has grown significantly since 1999. Most concerningly, even children between the ages of 0-4 are receiving polypharmacy regimens.

“The use of medication from 2 or more psychotropic classes, i.e., polypharmacy, has increased among US youths despite limited evidence of efficacy and mounting safety concerns,” the researchers write. 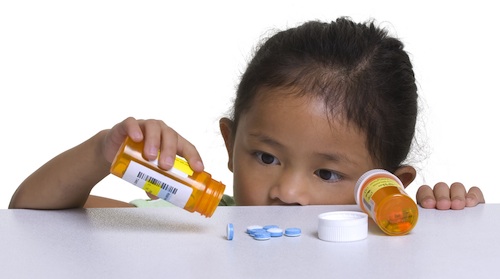 The study was led by Chengchen Zhang at the University of Maryland and published in JAMA Pediatrics. They used the Medical Expenditure Panel Survey (MEPS), a large household survey intended to be a nationally representative sample. The researchers divided their assessments into three time periods to draw comparisons over time: 1999-2004; 2005-2010; and 2011-2015.

The most common drug class being prescribed, though, was stimulants (such as Adderall and Ritalin), which peaked in the 2005-2010 time period at 82.1% before falling slightly to 78.1% most recently.

This diagnostic trend may reflect the increasing prevalence of bipolar disorder diagnoses in children, which experts say has been over-diagnosed. The increasing prevalence of bipolar diagnoses may also be caused by the mania-inducing effects of stimulant drugs (used for ADHD treatment), which could account for the overlap of children with ADHD and mood disorder diagnoses. Antidepressants can also cause mania, which may lead to further prescriptions of mood stabilizers or antipsychotics.

In 1999-2004, no children between the ages of 0-4 were identified as being prescribed multiple psychiatric medications. The same held true for the 2005-2010 time point. However, by the latest time point, 1.3% of the children being prescribed polypharmacy regimens were between the ages of 0-4. This signifies a growing trend of prescribing multiple psychiatric drugs to infants and toddlers.

Children were more likely to be prescribed three medications than two—at the most recent time point, 38% were on two medications, but 62% were on three.

The most common combinations of drugs at the most recent time point were as follows:

The researchers note that there is limited evidence for the benefit of polypharmacy and increasing recognition of the harms, which increase as more medications are added. They add that in the future, “Evidence of the efficacy and safety is needed to guide psychotropic polypharmacy practices.”

I Made It Out Alive

Polydrugged With 12 Different Drugs… For Insomnia