Allostatic load is a way to conceptualize the cumulative burden of chronic stress and life events on our physiological health. In a systematic review published in Psychotherapy and Psychosomatics, researchers summarize the existing research on allostatic load and overload and discuss its clinical implications.

The authors reviewed 267 studies that point to an association between allostatic load and overload and poorer health outcomes. This research validates the use of integrated and holistic approaches to lifestyle and health for understanding psychosocial determinants of mental and physical health.

Critics have repeatedly made the case that the disease model in medicine privileges the search for single causes of ill health over holistic understandings and investments in improved patient care. One example of this is the surprising lack of research linking clinical states and biomarkers for mental disorders. Moreover, it is frequently noted that efforts to identify biomarkers in patients diagnosed with psychiatric disorders have been largely unsuccessful.

There are increasing calls for integrative approaches to physical and mental health that emphasize biopsychosocial models instead of searching for individual biomarkers. The concept of allostatic load, developed in general medicine, may be helpful in this regard because it can be used across medical settings to assess the physiological impact of psychological, social, and biological stressors.

Allostasis is the organism’s ability to achieve stability through change, implying that proper functioning requires constant adjustment of one’s internal physiological milieu. Developed in 1993 by McEwen and Stellar, the concept of allostatic load refers to the toll of chronic exposure to fluctuating and/or heightened neural and neuroendocrine stress responses resulting from chronic environmental challenges.

In essence, high allostatic load or overload denotes the presence of stressors that pose too great a challenge to the natural individual coping mechanisms and reflects the cumulative effects of associated, health-damaging behaviors (e.g., poor sleep, lack of exercise, alcohol consumption).

Psychological and psychiatric researchers at the University Bologna, University of Padova, and State University of New York at Buffalo reviewed the literature on allostatic load/overload to summarize the state of the current knowledge. Their review included over two hundred studies in the general population and clinical studies. They discuss the implications of their findings for physical and mental health across a variety of medical settings.

The researchers included studies that evaluated allostatic load biologically based on at least three biological markers and according to “clinimetric criteria,” excluding studies involving pediatric and adolescent populations. Many general population studies focused on the association between sociodemographic variables and allostatic load:

Generally, psychological distress was reported in subjects displaying allostatic overload, which could also be linked to psychiatric disorders’ onset and course. In primary care settings, it was the most frequently reported psychosomatic syndrome, associated with greater psychological distress, lower well-being, and impaired quality of life.

It is also helpful in understanding the link between maternal post-traumatic stress disorder (PTSD) and birth outcomes (i.e., pregnancy complications, preterm birth, pediatric cancer). Likewise, in adults with early life traumas, neuroendocrine biomarkers of allostatic load were significantly related to early stress and subsequent development of PTSD. In psychotic patients, the allostatic load was found to be inversely related to psychosocial and cognitive functioning.

Because higher allostatic load/overload is associated with poorer health outcomes across the board for general and clinical populations, the clinical utility of the trans-diagnostic identification of allostatic load and overload may be quite high and have a great number of potential applications. Used in assessment procedures, consideration of allostatic load may buffet predictive power and contribute to understanding symptoms that do not receive adequate consideration in disease-focused models.

In various health settings, factoring in allostatic load in clinical assessment enables a view of illness as an interaction between the individual and the surrounding environment. It could further a multidisciplinary, non-siloed approach to understanding how interactions among genetics, mind, body, behavior, and the environment affect the risk of disease and response to treatment. 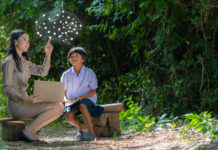 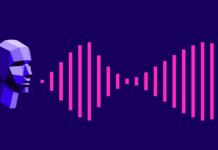 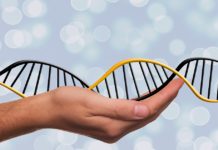 It is Time to Abandon the Candidate-Gene Approach to Depression