A network meta-analysis published last month in World Psychiatry showed that psychotherapy has an enduring effect on depression—in contrast to depression pills.

This is an important meta-analysis. The authors included 81 randomised trials, with 13,722 participants. Sustained response was defined as responding to the acute treatment and subsequently having no depressive relapse through the maintenance phase (range 24-104 weeks). The authors extracted the data reported at the time point closest to 12 months. Psychotherapy, and the combination of psychotherapy and depression pills, were better than depression pills alone, and better than “standard treatment,” with risk differences ranging from 12 to 16 percentage points. 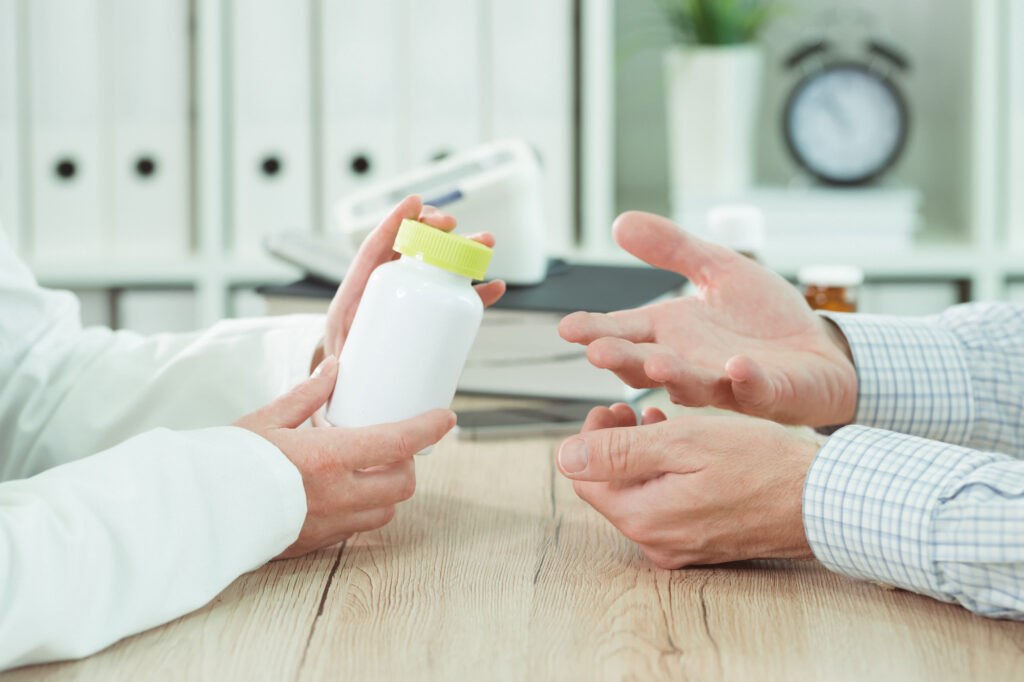 Unfortunately, the authors, several of whom are psychiatrists, draw a number of highly misleading conclusions. They seem to be trying to defend the indefensible prevailing belief among psychiatrists that depression pills are good for people. As an example, they imply that a combination of pills and psychotherapy has merit, despite their finding that pills do not add anything to the effect of psychotherapy. Moreover, pills expose the patients to serious harms that can be fatal, which they do not mention.

There are many reasons why we would expect psychotherapy to be considerably better than depression pills in the long run.

First, this is what other meta-analyses have shown.

Second, depression pills do not have any clinically relevant effect on depression. The difference between the pills and placebo is about 2 points on the 52-point Hamilton Depression Rating Scale, but the minimal clinically relevant effect on this scale is 5-6 points (7-8 points in more conservative analyses, and in a graph in the original article). This means that neither clinicians nor patients can tell the difference between the improvement on pills versus placebo.

In the Discussion section, the authors write that their “findings suggest that adding pharmacotherapies does not interfere with the enduring effects of psychotherapies. The combination therapies followed by discretionary treatment were as effective as the corresponding psychotherapies (OR=1.08, 95% CI: 0.74-1.56).”

Third, depression pills change brain functions and bring the patient to an unknown territory where the patient has not been before. This is problematic because you cannot go from a chemically induced new condition back to normal unless you taper off the drugs, and even then, it will not always be possible, as you might have developed irreversible brain damage. In contrast, the aim of psychological treatments is to change a brain that is not functioning well back towards a more normal state.

Already the Introduction contains an inexcusable blunder. The authors write that, for patients in remission, it is well documented that continuing pharmacotherapies can reduce the depressive relapse rate in the maintenance phase. This has not been “well documented.” It has been known for many years that the so-called maintenance studies, which they cite, are fatally flawed because many of the patients switched to placebo suffer from withdrawal effects, which can last for months or even years.

Many patients in the “placebo” group, which is actually a drug-withdrawn group, will develop an abstinence depression. In a study where patients who had been in remission for 4-24 months had their maintenance therapy changed to placebo for 5-8 days at a time unknown to the patients and clinicians, the three most common withdrawal symptoms were worsened mood, irritability, and agitation, and 25 of 122 patients on sertraline or paroxetine fulfilled the authors’ criteria for depression. In contrast, not a single patient of 122 would be expected to become depressed during 5-8 random days after psychotherapy.

The authors mention in the Results section that, “In terms of all-cause discontinuation, all the treatments appeared more acceptable than pill placebo.”

This is not correct for depression pills, and it illustrates that their network meta-analysis, which was based on published trial reports, was biased in favour of pills. One of the authors is psychiatrist Andrea Cipriani, who was first author on a totally flawed network meta-analysis that compared different depression pills. I called my criticism of this paper, “Rewarding the companies that cheated the most in antidepressant trials.”

Other researchers showed, based on the trials Cipriani et al. had included, that the effect size of depression pills was higher in published trials compared with unpublished trials (p<0.0001). They also demonstrated that the drug withdrawal design is flawed (the effect size was larger in trials with a “placebo run-in” than in trials without (p=0.05). Finally, they showed that the outcome data reported by Cipriani et al. differed from the clinical study reports in 12 (63%) of 19 trials.

When my research group studied all-cause discontinuation, we did not use a single published trial report, but only clinical study reports we had obtained from the European and UK medical agencies. It was huge work to study drop-outs in the placebo-controlled trials. We included 71 clinical study reports, which had information on 73 trials and 18,426 patients. We found that 12% more patients dropped out while on drug than while on placebo (p<0.00001).

This is a terribly important result. The psychiatrists’ view is that depression pills do more good than harm, but the patients’ view is the opposite. The patients preferred placebo even though some of them were harmed by cold turkey effects. That means that the drugs are even worse than found in the trials.

Because we had access to detailed data, we could include patients in our analyses that the investigators had excluded, e.g. because some measurements had not been made. Our result is unique and reliable, in contrast to previous reviews using mostly published data. For example, a previous large review of 40 trials (6391 patients) reported that dropouts were the same (relative risk 0.99) when paroxetine was compared with placebo.

The Discussion section also reveals the authors’ bias towards drug therapy. They write that, “Rare but critical events such as suicidality, and more common yet subtle downsides such as withdrawal symptoms from antidepressants should be more systematically measured and reported to appropriately inform our treatment choices.”

No more data are needed to “appropriately inform our treatment choices.” The simple, but for psychiatrists, uncomfortable truth is that depression pills should not be used for anyone. Depression pills double the risk of suicide in children, adolescents, and adults, whereas psychotherapy halves future suicide attempts in people admitted after a suicide attempt. The authors should have concluded that patients with depression should be treated with psychotherapy and not with pills.

Under Conclusions, the authors write: “Initiating the treatment of a major depressive episode with combination therapies or psychotherapies alone may lead to 12-16% increments in rates of sustained response at one year, relative to protocolized pharmacotherapies or standard treatment in primary or secondary care.”

This statement is also misleading. The authors should have said that it does not help the patients to add a depression pill to psychotherapy but exposes them to unnecessary harm, which can be fatal, and involves many other effects, e.g. sexual disturbances in half of those treated, which can become permanent and persist after the drug has been stopped.

The authors also conclude that, “Combining psychotherapies with pharmacotherapies has an edge in terms of sustained response but has risks of side effects and potential withdrawal symptoms. Such combinations may be reserved for those who value faster relief or who may be deemed difficult to treat.”

This is pure nonsense and wishful thinking, which is in direct contradiction of the most reliable evidence we have. First, the combination does not have any “edge in terms of sustained response.” Second, pills that have no relevant clinical effect cannot provide “faster relief” than if the patients do not get them. Third, they cannot be useful for those who are “deemed difficult to treat.” And why should patients who are already suffering the most be subjected to even more suffering? The authors are paying lip service to a failed psychiatric paradigm, while they suggest to their colleagues to harm their patients.

On one of the first pages in my most recent book about psychiatry, I warn the patients: “If you have a mental health issue, don’t see a psychiatrist. It is too dangerous and might turn out to be the biggest error you made in your entire life.” The current network meta-analysis provides support to my warning.