There would appear to be a 2,500-year-old medical consensus that madness stems from “the three Ds”: disease, defect, dysfunction. The Hippocratic author of On The Sacred Disease informs us that all forms of madness arise from excessive heat, cold, moistness, or dryness in the brain.

Echoing the Hippocratic text, the Diagnostic and Statistical Manual of Mental Disorders of 1980 tells us that all mental disorders stem from “behavioral, psychological, or biological dysfunction[s].” And Thomas Insel, one of the founders of the RDoC system of mental disorder classification, declares that “mental disorders can be addressed as disorders of brain circuits.”

I call this paradigm—this style of thinking and seeing—madness-as-dysfunction. It begins with a conception of how a person is supposed to behave, to think, and to feel, and it sees in mental disorders a deviation from this correct path. In some ways, madness-as-dysfunction is so entrenched in contemporary psychiatric thought that it can be hard to find one’s way out of it.

But madness-as-dysfunction has always had its dissenters: thinkers and theorists who, instead of seeing madness as a defect or disease, see it as having a function, goal, or purpose. Madness can be a designed response to the trials of life, like getting calluses because of friction, or tanning from exposure to the sun.

The purpose of my recent book, Madness: A Philosophical Exploration (Oxford University Press, 2022), is to carry out a recovery mission. It seeks to recover this ancient paradigm, to name it, and to show how it forms a robust alternative to the dominant medical view. I call this tradition madness-as-strategy, or alternatively, madness-as-design. My goal is not to replace madness-as-dysfunction, but to make an intellectual space for a different way of seeing, and to show how this way of seeing has always been part of psychiatric thought. 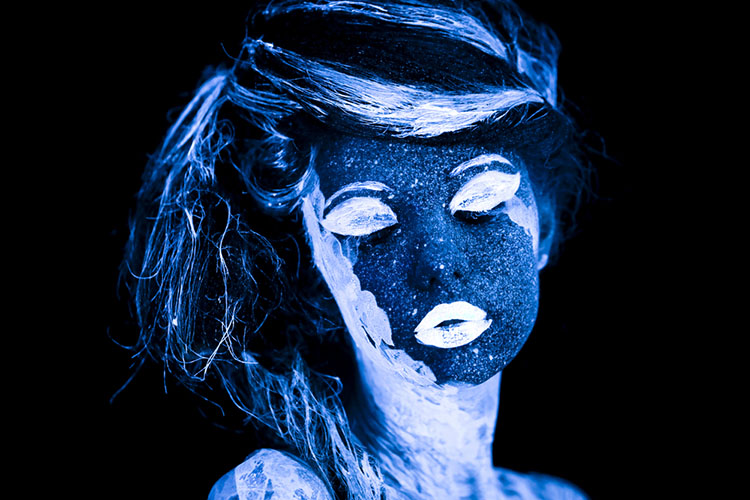 To flesh out the idea of madness-as-strategy, we can consider several examples of how it shows up in medical theorizing in different eras. Luminaries like Robert Burton, in his bizarre and brilliant 1621 volume, The Anatomy of Melancholy, describes madness as a tool that God uses to reform the wayward soul. Writes Burton, “[God] is desirous of our salvation…and for that cause pulls us by the ear many times, to put us in mind of our duties.”

In the same vein, George Cheyne, in his 1733 The English Malady, depicts melancholy as designed for a purpose: God gives us melancholy to warn us when our lifestyles begin to stray from his divine ends. The art of healing begins when we can pinpoint exactly what purpose God has in mind.

In the nineteenth century, secular thinkers continued this tradition of thought, now freed from its religious overtones. The German physician Johann Christian August Heinroth—the first chair of psychiatry in Europe—wrote in his monumental 1818 textbook of psychiatry that certain forms of insanity are coping strategies, not diseases or defects. They’re devices that people unconsciously use to buffer themselves from the pain, rejection, and humiliation of reality:

“In a life which has been depraved by neglected education, circumstances, and guilts…a moment may come when the measure is full and runs over, and the imagination becomes strained to the limit in trying apparently to effect a full compensation and to transform the evil fate as though by the touch of a magic wand.”

He thought the best remedy was to allow the illness to run its natural course.

The philosopher Arthur Schopenhauer, in his The World as Will and Representation of 1819, also envisioned madness as a flight from a cruel reality: “if such a sorrow, such painful knowledge or reflection, is so harrowing that it becomes positively unbearable, and the individual would succumb to it, then nature, alarmed in this way, seizes on madness as the last means of saving life…”

Philippe Pinel, the moral reformer who supposedly broke off the chains of the mad patients at the Bicêtre hospital in Paris, thought that some forms of madness possessed a healing or “salutary” power. In his 1801 Treatise on Insanity, he tells us that attacks of mania (accès de Manie) should be allowed to run their course in a safe and non-threatening environment. For Pinel, understanding the healing purpose of these episodes was crucial for therapy: the wise healer knows when to trust the “salutary efforts of nature” to heal the patient, rather than drugs, leeches, and vomiting.

Freud, too, saw purpose and function, rather than mere pathology, in the mental disorders of his day. From very early in his career, starting with his “The neuro-psychoses of defense” of 1894, he sought to show how hysteria, obsessions, and even psychosis should be seen as unconscious, goal-directed attempts to fulfill a forbidden wish. Freud constantly reminds his readers that much of what modern medicine deems pathological is actually goal-directed and adaptive.

Consider his 1911 paper on Judge Schreber, the “Psycho-analytic notes on an autobiographical account of a case of paranoia (dementia paranoides):” “And the paranoic builds [his world] up again, not more splendid, it is true, but at least so that he can once more live in it. He builds it up by the work of his delusions. The delusional formation, which we take to be the pathological product, is in reality an attempt at recovery...” Psychoanalytic theorists such as Frieda Fromm-Reichmann and Harry Stack Sullivan sought to continue this tradition well into the twentieth century.

The physiologist and philosopher Kurt Goldstein gave voice to this tradition in his The Organism of 1934. Goldstein thought that many of the psychiatric problems that he encountered among “shell-shocked” war veterans were not mere byproducts of nerve damage. Rather, they were adaptive, functional, compensatory responses to that damage: “Deeper insight into the nature of neuroses, as well as brain lesions, has shown us that deviations from the norm are not always signs of disease. On the contrary some of them belong to the processes in the patient that protect him from certain dangers naturally involved in the change to a new normality.”

This alternative tradition, madness-as-strategy, never came to an end. Today’s evolutionary psychologists, like Vivette Glover, Martin Brüne, and Randolph Nesse, are inclined to see mental illnesses such as depression, the anxiety disorders, or even the delusions of schizophrenia, as having evolved purposes. They exist today, and have the form they do, because of how they benefited our prehistoric ancestors—and perhaps how they continue to benefit us today. Consider depression, which Nesse hypothesizes to be an adaptation for detaching from unrealistic life goals, or generalized anxiety disorder, which Glover describes as an adaptation for making us vigilant to potential threats.

This design perspective has even infiltrated neuroscientific research: consider the enhanced perceptual functioning theory of autism, which holds that some features of autism result from the enhanced, rather than diminished, functioning of brain areas involved in various cognitive tasks. By the same token, neuroscientists Peter Uhlhaas and Aaron Mishara argue that delusions of schizophrenia might serve a function, namely, to provide the person with a coherent framework of ideas that help her to continue operating in society.

Putting madness-as-strategy into our theoretical vocabulary has fruitful consequences for the history, philosophy, and practice of psychiatry. It gives historians a new way to think about the past. It gives philosophers a new framework in which to contemplate the very meaning of “mental disorder.” It can also impact methods of treatment: for example, as Rosa Ritunnano and her colleagues show in a recent issue of JAMA Psychiatry, the madness-as-strategy paradigm can impact how we approach delusions, by helping us understand what problem they are meant to solve.

Perhaps most importantly, however, madness-as-strategy can contribute to the task of building an intellectual framework for Mad Pride, mad resistance, or mad activism. This movement is helmed by mental health service users and ex-patients who demand that society adopt new forms of conceiving of, and engaging with, madness.

Madness-as-strategy helps us rethink madness outside of the “three Ds”—defect, disease, and dysfunction—by allowing us to glimpse, in some mental illnesses, a positive meaning or purpose. It also shows us that this approach to psychiatry—the approach that sees purpose and goal-directedness rather than disease—isn’t a recent fad, but part of a tradition with a rich, though largely forgotten, legacy.

To propose that some forms of mental illness have a function or purpose is not to deny the terrible toll they sometimes exact from people who suffer from them. Nor is it to deny that brain disease can sometimes have psychiatric consequences. Rather, it is to encourage us to simply raise the question of whether some disorders should be seen as features, not bugs—and to shape one’s treatment with that premise in mind.