The American Psychological Association (APA) recently released an apology for psychology’s role as a source of systemic racism throughout its history and its resolution to dismantle it, which includes a racial equity action plan.

But according to psychologist Thomas Teo at York University in Canada, this doesn’t go far enough.

“Race has not only been misused in the politics of psychology but misappropriated because of the logic of psychological science,” he writes.

The apology and plan set forth by the APA doesn’t fully address the issue of what he calls white epistemology—that the “logic” by which psychological science operates is based on a Western ethnocentric perspective that invalidates the perspectives of people of color as well as other ways of knowing. White epistemology leads researchers to ignore the cultural and sociological contexts of psychological effects—such as when they assume that any effect discovered in a small sample of White college students is “universal.” 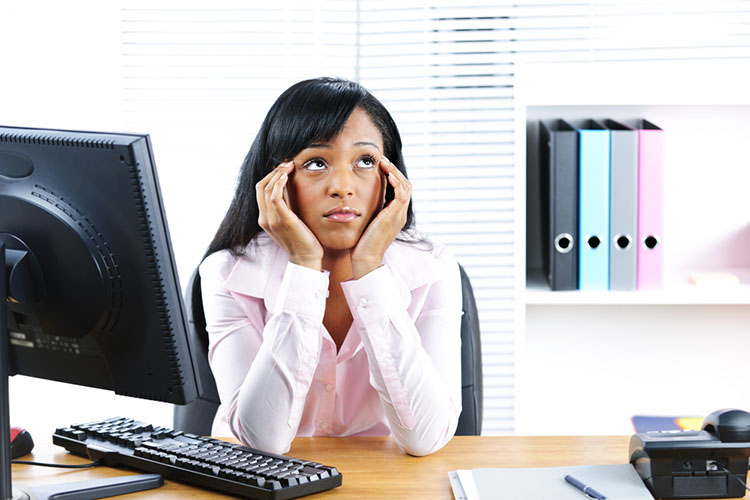 The “epistemology” referred to by Teo is defined as a system or theory of knowledge that includes issues such as the limits and validity of knowledge, and how we can come to know something (i.e., methods). Teo’s paper appears in the “Theoretical and Philosophical Psychology” special edition of the journal Frontiers in Psychology.

As an analytic tool, Teo uses Critical Race Theory (CRT), a multi-disciplinary framework for studying how race and racism play out in social contexts that reflect the interests of dominant groups in society. As a critical psychologist, he conceptualizes white epistemology in psychological science as a socio-historical project where “white” is not a racial category, but a sociological one based on Western ethnocentrism that has negative material effects for racialized people. Critical race theory is useful when conceptualizing race and its implications in studying psychological phenomena, though it requires being willing to learn about uncomfortable histories and realities. This sense of Western superiority (i.e., Whiteness) guides assumptions about generalizability in psychological research and infuses the whole discipline, not just when race is being studied.

Looking to reconstruct the logic of psychological science, Teo breaks down the four components of research that include the contexts of discovery, justification, interpretation, and translation of scientific knowledge. As psychological science has been dominated by positivism, an epistemology that distinguishes the internal structure of knowledge (i.e., context of justification) from external sources of knowledge (i.e., context of discovery), it tends to focus on the former and exclude the latter as unscientific. A white epistemology that de-prioritizes these other contexts in favor of justification significantly narrows the horizon of our psychological knowledge and fosters an imposed ignorance. Teo’s argument is that including the other three contexts of scientific knowledge (discovery, interpretation, and translation) can actually broaden the scope and complexity of our understanding of psychological phenomenon. As the author states:

“Applied to psychological research, those ‘positivist’ prescriptions meant that psychologists should attend to how they justify their knowledge claims, to whether statements have been tested, verified or falsified, and to whether they provide internally valid, reliable, objective, or generalizable statements based on empirical (preferably experimental) studies…. [T]he claim to knowledge should center on methodology in a narrow sense, more aptly expressed as method. Scientific method is the path to knowledge and the only path to knowledge. The context of justification excludes questions about the societal, historical, cultural, interpersonal, or personal sources of knowledge and excludes the reasons why researchers are interested in what they are studying…. However, understanding the external sources of knowledge is particularly relevant when studying race.”

The exclusive focus on method by psychologists (i.e., “methodolatry”), actively prevents more complex understandings of phenomena such as race and racism by excluding from scientific consideration how contextual factors have shaped the current study of a phenomenon. A “naïve empiricist” approach to research that finds the context of discovery, such as knowledge obtained from society, culture, history, politics, and economics, to be largely irrelevant in psychological science. This is what Teo believes to be a core element of a white epistemology. He identifies anti-racist movements to decolonize psychology emerging from the need to treat race as a more complex entity that has social, cultural, and historical dimensions and expand research to include methods that aim for liberation and healing.

Citing the replication crisis within psychology, Teo sees this as an inevitable outcome of not being able to better incorporate contextuality and temporality into its scientific practices. Contextuality acknowledges that white epistemology as it’s manifested in psychological science is a reflection of European-American Western culture that has global dominance and has been exported to the rest of the world, often with negative consequences for the indigenous culture. Temporality refers to a history of psychology that seeks understanding of the changes of a phenomenon over long periods of time, and how this history has and continues to organize mental life and how we study it.

He identifies one major trait of white epistemology, which takes race as a socio-historical construction and treats it as a “natural kind” category in research. This can make any differences between racial groups found in empirical research seem to result from nature rather than the result of historical factors (e.g., genetic determinism). However, the logic of scientific methods does not prevent such inept interpretations that suggest within-group heritability estimates can be used to explain between-group differences. Through the use of a “thought experiment”, Teo illustrates:

“If the Nazis had won the war and had come to dominate the rest of the world, and found empirical differences in characteristics between Aryans and segregated Non-Aryans using scientific methods, adding that many of the characteristics have high heritability estimates, then would it be fair to conclude that those differences are natural or a given? A method focused on difference (and on statistically assessing difference) would not be able to address that question or to challenge the theoretical and practical assumptions that formed the basis of the scientific study. A focus on method alone, that is, a white epistemology, would lead to misleading knowledge.”

However, consistent with a critical race theoretical approach, Teo is less interested in getting into prominent examples of scientific racism in psychology, but rather how was it possible for such projects to take place within psychology. Teo maintains that this epistemological violence by the dominant group is made possible through the assumption that the simplest “natural” explanation is the most worthy of consideration.

Tied up in positivist psychology is a desire to be seen as a “hard” natural science rather than a social science or as part of the humanities, and provides legitimacy to these psy disciplines. It can foster an attitude of scientism in studying behavior and mental processes that tries to minimize the role of subjectivity in research. Such a focus on the context of justification has “generated extensive, sophisticated, and complex tools for studying psychological phenomena,” and psychology’s association as a natural science has benefitted the discipline from both a public relations and financial standpoint.

However, this white epistemology excludes the voices of the Other and makes it more difficult for research to be published that incorporates these external sources of knowledge. Teo asserts that including knowledge of cultures, ethnicities, races, or other groups cannot be done solely within the context of justification, and must rely on knowledge from the humanities and other social sciences to enrich psychological science (e.g., philosophy of science, hermeneutics).

Another component in the practice of research is the context of interpretation of study findings. The analytic process of discussing the results of a study to make epistemic/knowledge claims is central to psychological science. However, this context of interpretation is unavoidably intertwined with many other factors including the programmatic commitments of researchers, the historical mentalities, cultural assumptions and societal ideas that influence the scientific study of a phenomenon (e.g., race and racism). To better study the scientific process in psychology, the author proposes analyzing the quality of the researcher’s interpretations and assess whether researchers assume their interpretations are deterministically emerging from the data.

Reflexivity, or the researcher’s awareness of the assumptions they bring that could influence the scientific process, is considered essential for hermeneutic sciences (i.e., subjects as objects of knowledge). When these influences go unnoticed or are ignored, this can lead to researchers becoming so fixated on trying to maintain objectivity that they run the risk of distorting scientific findings that can lead to scientific racism. The author notes that the increased prominence of qualitative methods in psychology expands the horizon of what can be scientifically known, but still requires reflection and discussion of the underpinning the research to better understand phenomena in its ethno-cultural context.

“The ability to provide good interpretations of data and results is a skill that needs to be taught, learned, and developed as much as any other epistemic skill in psychology. However, most psychology programs do not offer textbooks or courses on teaching hermeneutic skills in the contexts of interpretation, discovery, and translation. It is assumed that the context of justification (method) solves all other epistemic problems, which cements a training focus on research methods and statistics. Yet, a modern scientific psychology, beyond a white epistemology, needs to account for all contexts if knowledge is to remain a priority.”

The fourth component of research that Teo explores is the context of translation—or how scientific findings and interpretations are reported, reviewed, disseminated, and applied. This includes the impact of a particular publication within the scientific discipline as well as its relevance to the public at large.  He advocates for an analysis of explicit and implicit recommendations made from scientific research in psychology and influences on public discourse about racialized life that can often translate to policy (e.g., racial segregation of schools).

Teo contends that considering epistemological violence in the contexts of interpretation and translation is especially important for psychology given its oppressive socio-political behavior that includes scientific racism in studies of intelligence and its role in torture.

“When it comes to issues of race, and beyond a white epistemology, a complex understanding of the scientific process must include not only a concentration on method but must pose questions about the financing of studies, about their intent and purpose, and about the motivation for the interest in racialized group differences. More generally, such an understanding must address when, where, and how the concept of “race” (or intelligence, etc.) and its study emerged; the economic and cultural interests that engendered such studies; and social and political interests (context of discovery).”

According to the author, if psychology prefers to prioritize method rather than include an active anti-racist or decolonial position, then it’s inevitable that research will continue to reproduce the status quo of Western ethnocentrism (e.g., United States global hegemony) that benefits the interests and needs of already dominant groups in society.

According to the author, a more responsible psychological science is one that requires including all contexts of research when assess the quality of psychological research. Teo particularly encourages

epistemic modesty when making knowledge claims about race, though this is often difficult because the reward structure of academia fosters epistemic grandiosity.