The results of a recent study published in the journal School Psychology highlight the negative impact psychiatric hospitalizations have on adolescent’s perceptions of their academic environment and their relationships at school. Some of the factors reported by teens who had been hospitalized included worsening relationships with teachers, struggling with academics, experiencing bullying, and their parents disconnecting from school-related issues.

After a statistical analysis, the researchers found worsening student-teacher relationships and being victims of bullying predicted increased thoughts of suicide after teens returned from being hospitalized.

They write, “Findings support the importance of student–teacher relationships and bullying victimization experiences prior to hospitalization and the potential for worsening relationships and increased bullying experiences following hospitalization to serve as risk factors for severity and intensity of suicidal ideation during the immediate time period following discharge.” 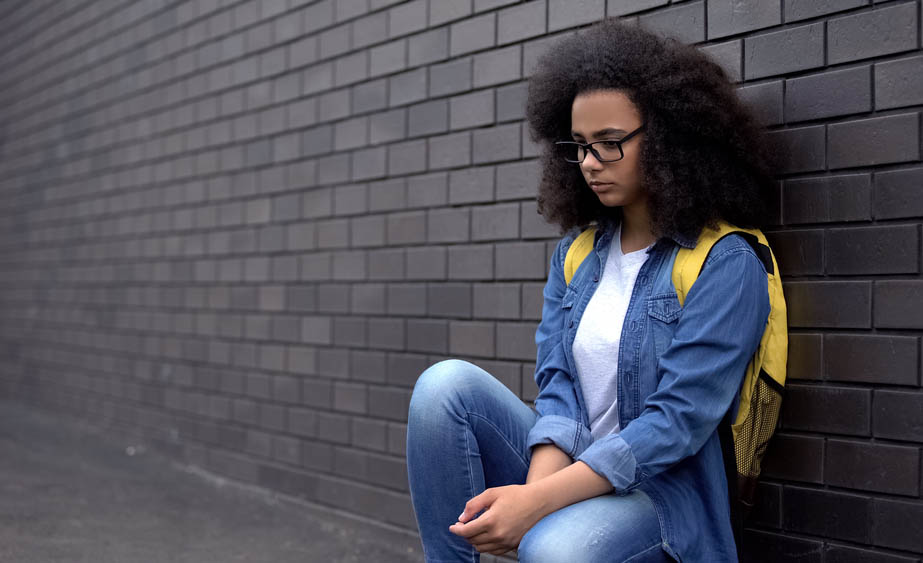 Although some children and adolescents experience relief and safety during their psychiatric hospitalizations, many report negative emotional reactions and increased distress. This worsens when hospitalizations are involuntary, as it is experienced as punitive. This leads to increased distrust in others, including mental health providers. Wary youths who have been involuntarily hospitalized are then less likely to seek mental health treatment in the future.

Making matters worse, people who felt coerced into their hospitalization are at higher risk of another suicide attempt months and even years after discharge. While psychopharmaceutical treatments have supposedly promised to alleviate psychological distress and are often the standard of psychiatric treatment, the rise in antipsychotic prescriptions in youths have not yielded a reduction in psychiatric hospitalizations in this population. Moreover, people who used antidepressants after their psychiatric hospitalization were more likely to be readmitted within a year than those diagnosed with the same disorders but who did not use medication.

While institutions have attempted to screen for depression in adolescents in order to provide preventative treatment, results show that these practices fail to prevent psychiatric hospitalizations and suicide and may lead to overdiagnosis and overmedication. Additionally, research on racial and ethnic disparities in psychiatric treatment has shown how Black and Hispanic adolescents are hospitalized against their will more often than White teens even though death by suicide is more common among non-Hispanic White Americans.

In the current study, Marraccini and her colleagues studied adolescents’ perceptions of school-related issues and relationships after experiencing psychiatric hospitalization. The researchers’ objectives were to understand how their perceptions of their relationships with teachers, of their parents’ involvement, of their connection to learning and academic satisfaction, and of bullying victimization changed after being discharged from the hospital.

The participants were recruited after being admitted to a psychiatric inpatient hospital. To participate, teens had to be between 13-18 years old, had to speak, read, and understand English, had to have experienced suicide-related thoughts or behaviors in the past month, and had to be comfortable using smartphone technology. Adolescents had to consent to being part of the study and parents had to provide assent. Afterwards, the youth provided self-reports about their affect, health, and their environment. They also participated in clinical interviews whose purpose was to assess for the presence, frequency, and severity of suicidality during their hospitalization, three weeks after discharge, and six months after discharge. The adolescents’ parents received compensation for their participation in the study.

The researchers used latent change score models, a type of structural equation modeling, to statistically model how all of the factors—and their changes over time—might impact suicidality. They created a slew of various models finding a variety of results. Ultimately, after accounting for depressive symptoms, poor relationships with teachers and bullying remained significant predictors of thoughts of suicide.

In conclusion, adolescents who experience psychiatric hospitalization are more likely to attempt suicide post-discharge and to experience increased suicidal ideation. According to the results of this study, worsening relationships with teachers and being victims of bullying were associated with increased thoughts of suicide.

By identifying predictors of suicidality post-discharge, the researchers argue, psychologists, parents, school administration and staff can develop better strategies for preventing suicidal ideation, plan, and intent in adolescents in general and in those who have previously been hospitalized. To prevent initial suicidal ideation, the researchers suggest the following:

“In particular, findings underscore the importance of embracing school-wide approaches that emphasize strong interpersonal relationships, which appear to have a protective effect against suicide and promote learning and academic achievement in nonclinical samples.”

For students who have recently been discharged, they suggested check-ins with returning students, workarounds for missed materials, reengagement in student-led activities, and a collaborative development of re-entry plans with students, parents, mental health providers, and school staff that include ways to moderate bullying victimization.

Trying to Be Honest With My Therapist