In the U.S., Black and minority youth are more likely to be subject to forced treatment or hospitalization. In Canada, Black persons with first-episode psychosis experienced more coercive referrals via police, ambulance, and court order than other ethnic-racial groups. The California governor’s recent proposal, which would force even more individuals into care mainly based on their access to housing (or lack thereof), would further entrench the racial disparities in our society and our mental health treatment institutions.

“The harms of the ‘CARE Court’ framework will inevitably fall hardest on Black, brown, and Indigenous people, who are routinely misdiagnosed with serious mental health disabilities. Entangling people in the legal system would traumatize those most heavily impacted by our failed systems. Moreover, the plan would perpetuate racial disparities through an adversarial court process that does nothing to address the underlying structural conditions that lead to houselessness.” 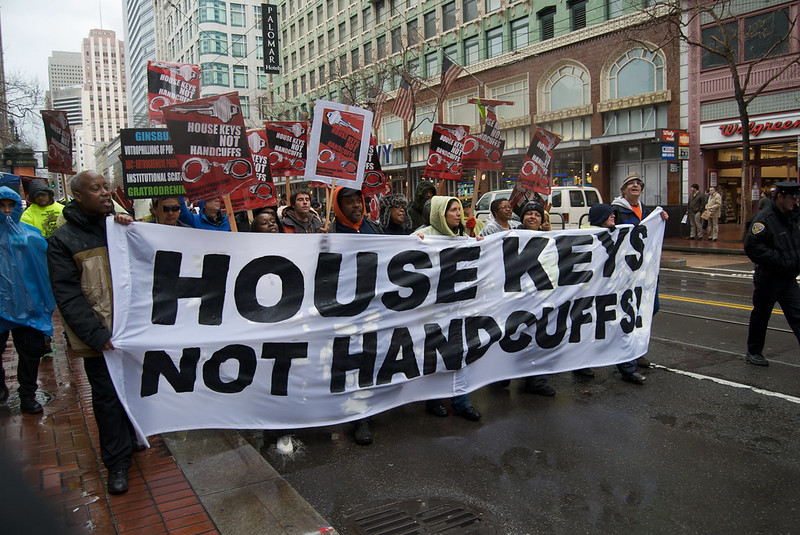 Indeed, the CARE court proposal has sparked outrage from multiple civil rights groups, who stress that California has an affordable housing crisis and that unhoused people are being forced to pay for the consequences of inaction by the state. “The people who need help the most can’t afford to wait as the state chases an idea that has failed before,” write Garrow and Rogers. “Unhoused community members deserve a plan that is proven to meet their housing and service needs, and that truly helps them to heal.”

By coercing people into treatment, survivor-researcher Indigo Daya argues, we avoid confronting the social, political, and material forces that cause a mental difference in the first place.

“In locking us away,” she writes, “it is so much easier for society to pretend that the original harms never happened at all. Society can hold on to false but comfortable beliefs that institutional harms live only in history books, that inequality is a battle largely won, that the world is a safe place.”

Similarly, by framing California’s housing crisis as a failure of individuals to participate in necessary mental health treatment, Governor Newsom’s “CARE court” proposal sits comfortably within a long tradition of “fixes” to social problems that conveniently disguise their deeper roots.

Garrow, E., and Rogers, K. (2022). “Why we vehemently oppose the governor’s “CARE Court” proposal — and so should you.” ACLU of Southern California (online). (Link)