I’ve been very, very sad lately. Some might even call me “depressed.” There are a lot of reasons. Robin Williams’ suicide is not one of them.

Don’t get me wrong. I’m not happy about what has come of him. I have fond memories of Mork and Mindy, just like everyone else over the age of 30 or so. It is unquestionably sad to learn he was hurting so much, and even harder to reconcile that with his relentlessly upbeat public persona. On a personal level, it hurts at least a little to know that someone who experienced that level of success (about which most can only dream) also fell so far and experienced so much despair. After all, many of us count on dreams of a similarly lauded existence to keep us going so much of the time. We fantasize that fame and wealth and adoration might make us immune from the pain of being human.

But no, that’s not what makes me saddest right now. For what it’s worth, here are five things that make me sadder than Robin Williams’ suicide:

I don’t want to minimize Robin Williams’ death. It is awful (though, no more or less awful than most any other suicide).  He was an undeniable talent, and at least seemed like an overall good guy. His family must be devastated and they are more than entitled to their grief (and privacy). Yet, his death should not be used to dwarf, camouflage, or distract us from the much broader problems in our culture. It should not be used against his postmortem will to sell more drugs or the concept of ‘mental illness’ (which is, of course, used to sell more drugs).

I cannot claim to know what was going on for Robin Williams, in particular, but suicide does not equal ‘mental illness.’ What about existential crisis? What about sickness and torture and homelessness and joblessness and war? What about pure exhaustion from the monotony of it all? Is it ‘mental illness’ to feel hopeless and want to die when life really is full of pain and loss? Perhaps calling it ‘mental illness’ makes it feel just a little easier and more distant for those on the labeling end of the stick. Perhaps it sometimes lets people ignore the bigger problems in the world, and act like the issue is all self-contained within that single person, their brain run inexplicably amok.  Perhaps at least some of this is about the comfort of everyone else.

We make one great and repeated mistake in this society: Assuming responsibility for one another. In truth, I am not responsible for what you choose to do. Suicide prevention is harmful to its very roots for the essence of the assumption it makes about my responsibility to control you. It pushes us toward force in the name of ‘safety’ in the moment, and without any regard for ‘safety’ in the long run. It has no reverence for what ‘safety’ actually even means, and will turn its back on meeting your most basic needs (a place to live, food, a job, human connection) if it perceives its job to be done. Does your life and bodily integrity only matter so long as you’re in my sight? 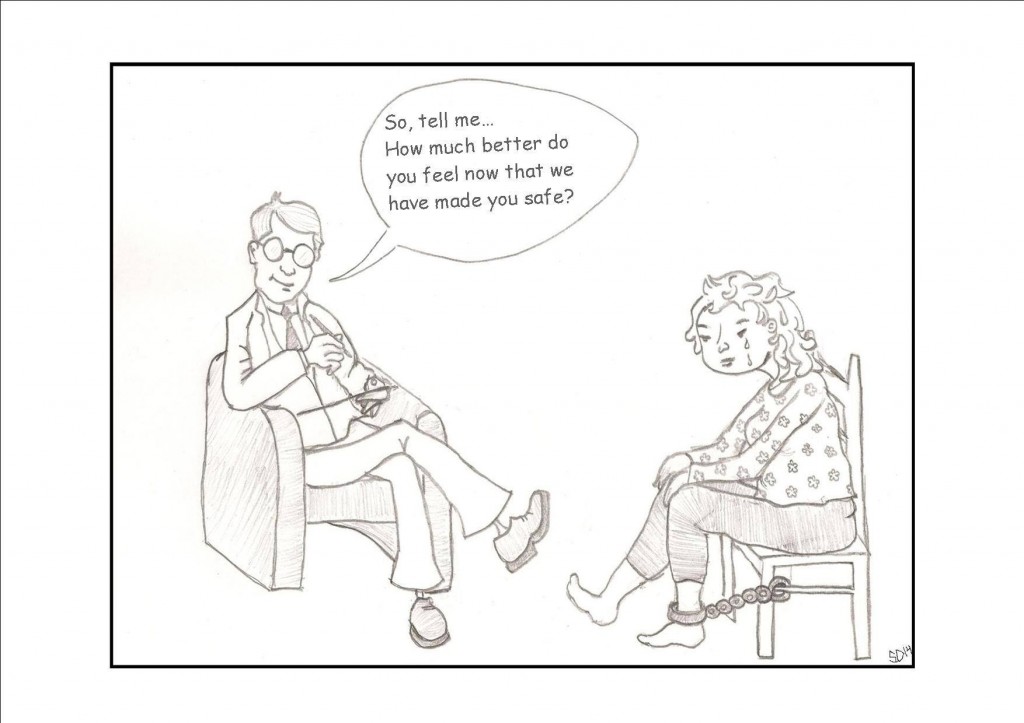 Preventing you from killing yourself does not necessarily make your life any better, even if it makes my life easier and it certainly doesn’t mean I’m in control of any more than the fact that you’re still breathing at this very moment. As one of the individuals in Daniel Mackler’s film, ‘Healing Homes,’ so wisely states:

“Are we doing our best?… [if] they choose to do this terrible thing… have we a clear conscience that we have done our best?… [If yes,] then that is their responsibility. They take that step.”

In my world, we have something called ‘Alternatives to Suicide’ groups. They’re run by people who’ve ‘been there.’ Those people know that campaigns like ‘Zero Suicide’ appeal to the non-suicidal masses but, underneath it all, reek of panic buttons and risk assessments and, frankly, scare many of those most in need of support away. Their own experience informs them that sometimes retaining the option of suicide as an ‘out’ is all that keeps some people going, as challenging and counter-intuitive as that may feel to others. They’re willing to sit with people in intense places and they work hard to shed any savior complexes. They know to ask ‘what does that mean to you,’ when someone says they ‘feel’ suicidal, because suicide is an action based on feelings and not the other way around.

As I sit here watching the world spin, trying desperately to turn one man’s death into another misguided answer to life’s pain, I know where my heroes can be found. They aren’t the people looking for pat answers. They aren’t the people who believe they can save everyone. They are the ones willing to sit with everyday pain and know that sometimes there simply aren’t any answers. They are the ones who know they can’t possibly provide houses to all those without homes or families to people who have been disowned, but stick around anyway (and don’t ignore that those issues exist). They are the ones who know that some will be lost, but they still open their hearts. They understand the cruelty of offering support for people struggling with thoughts of suicide, and then ripping out the rug from under them should they actually talk seriously about death. 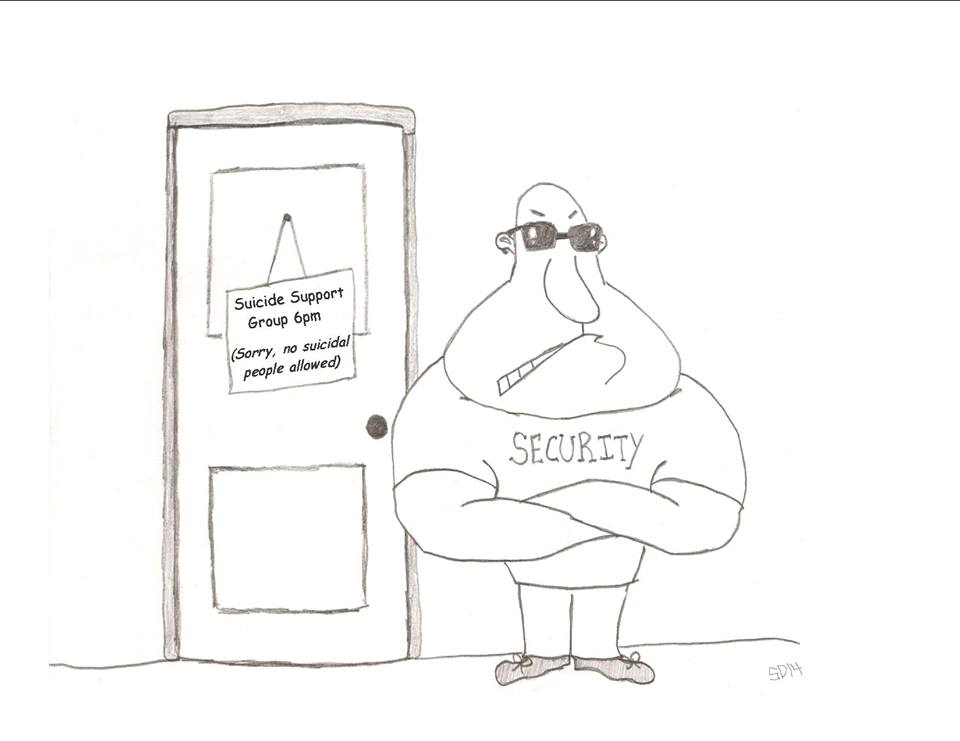 They are people like Caroline White, Sean Donovan, Currie Murphy, Janice Sorensen, Samadi Demme, Erick Anaya and so many more who deserve to be named and who are with people in this way every day while others comment at a distance.

They know the difference between saving the world and changing it. As always, we aim to do the latter.

Robin Williams On Antidepressant at Time of Suicide