What would happen if the mental health system fully recognized the pervasive and profound impacts of trauma on their clients?  How might a deeper appreciation of the multi-faceted sequelae of childhood maltreatment and toxic stressors reshape mental health services?  While the implementation of trauma-informed care in mental health programs has made significant inroads, the dominant bio-reductionist model continues to constrain and undermine progress.

As readers of this website well know, the seminal ACE study (Felliti & Anda) continues to enhance our understanding of the correlations between childhood trauma and both psychological distress, as well as physical illness.  These correlations are striking in their dose-dependent nature – the higher the ACE score, the greater the probability of being diagnosed with a wide spectrum of mental health disorders, including depression, anxiety and psychosis.  The ACE studies give credence to the straightforward proposition that when bad things happen to us at vulnerable ages, physical sickness and extreme distress is frequently the result.  In addition, people exposed to high ACEs commonly adopt a host of risky behaviors such as substance abuse, overeating, and unprotected sex in an attempt to cope with their overwhelming experiences.

Take, for example, the diagnosis of Intermittent Explosive Disorder. A child is labeled with this when it is noted that from time to time, for unknown reasons,  s/he becomes enraged and verbally abusive, destroys property, or hurts others.  The DSM naively names these de-contextualized behaviors as a disorder, and dismissively overlooks the role of chronic, unpredictable toxic stressors that are frequently playing out in the traumatized childs’ life.  It is akin to diagnosing someone who has a urinary tract infection (UTI) with a fever disorder (FD), co-morbid low back pain disease (cm-LBPD), and frequent urination illness (FUI).   ACEs can be likened to an infection that manifests itself in myriad ways in survivor’s bodies and minds.  Etiology matters.

When people become overwhelmed with an unrelenting sense of fear, emotional dysregulation, and alienation brought on by cumulative traumatic exposures they often seek help from mental health programs.   The help seekers’ signs and symptoms will be duly documented, and myopic diagnoses assigned.  Bessel van der Kolk observes in his recent book, The Body Keeps the Score, that a “mislabeled person will be a mistreated person.”  Van der Kolk adds that mental health providers frequently focus treatment on the traumatized person’s solutions rather than their underlying problems.

Due to the deeply ingrained medical model, we heavily medicate problems: we saturation-bomb them with neuroleptics.  A pill for every ill; and if one does not work – another is added.  When traumatized people do not respond well, we call them “treatment-resistant” and “non-compliant.”  Psychiatry’s magic bullets, aimed at mythical chemical imbalances, can offer temporary relief and tamp down some distressing symptoms – but they cannot heal the wounds inflicted by ACEs.  Not all traumatized people develop mental health problems, and not all mental health problems are readily attributable to trauma; but most are, according to ACEs research.

If the impact of ACEs was fully recognized, help-seekers could be invited into an ongoing exploration of what’s happened to them, rather than a code-ification of what’s wrong with them.  Baffling and troubling behaviors could be seen as the ingenious survival strategies they often represent.  A traumatized person can begin to make meaning out of realizing there are comprehensible reasons for their seemingly incomprehensible feelings of despair, inability to relax and feel joy, and distrust of others.  Understanding that one’s behaviors makes sense in the context of ACEs, rather than seen as some random neuronal static, or discombobulated dopamine receptors, can be as life-changing as it is challenging.  Recovery will require hard work and active participation by the traumatized person and their support system, but healing can and does happen, whereas  passively taking pills will not overcome these barriers to health and well-being.

Not only can an in-depth understanding of the effects of ACEs better support trauma survivors’ recovery, it can also increase providers’ empathy towards help seekers. (Lebowitz 2014) Mental health professionals express more empathy towards people when they hear a story, rather than a diagnosis accompanied by tales of life-long brain diseases.  Recent studies point out the failure of ongoing efforts to dispel stigma by promoting the notion that mental illnesses are diseases like any other (Read 2007).  In addition to the lack of supporting evidence for this trope, actual evidence shows that stigma reduction campaigns using this message may actually increase stigma.  Apparently sharing one’s experiences of being subjected to heart-breaking parental abuse, unpredictable episodes of terror, or feeling unloved, engenders more empathy and emotional support than being told that a person has a defective brain.

What if ACEs were the basis of mental health treatment?  Perhaps there would be more compassion from mental health professionals and from the public.  Most importantly, there would be more compassion by traumatized people toward themselves.  Many returning war veterans receive well-deserved support, respect and admiration when seeking help for PTSD.   We will take a significant step forward in trauma informed care when we extend that same support and respect to the survivors of unseen wars at home. 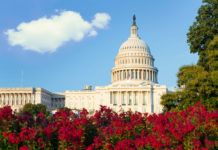 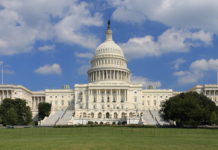 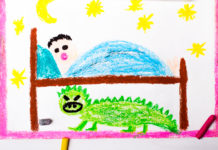 Adverse Childhood Experiences: When Will the Lessons of the ACE Study Inform Societal Care?