I am still thinking about the inaugural Destination Dignity March. As the recovery movement heads to Memphis, TN, for its annual Alternatives conference, it is important that I also remember the movement that helped birth modern civil rights/social justice movements.

However, as I look back on the civil rights movement and all that my ancestors marched for, I sometimes feel as if the civil rights movement has been a dream deferred.  We have come far but still have a long road ahead.  The intersection of civil rights, poverty and the psychiatric survivors movement has played out now for four generations.  As in 1963, the need for equal economic access still exists. Affordable housing and affordable healthcare are more accessible than ever, but much more is needed. On August 24, 2015, I marched for these issues similar to those in 1963.  I marched along with other psychiatric survivors asking for dignity and respect to affirm that lived experience matters in the conversation around developing and revamping the mental health system.  Having organizations like PRA march and voice their support gives us the hope and affirmation that we can work together cohesively to develop a system that offers dignity, hope and respect. PRA understands what we have been saying ourselves for decades: ”people can and do regain their lives.”

In the later 1960s, the targets of Dr. King’s activism were starting to focus more often on the underlying poverty, unemployment, lack of education, and blocked avenues of economic opportunity confronting black Americans. Like so many of us today who are fighting for social justice, dignity and respect for the psychiatrist survivor community.  We are faced with the highest unemployment rate among those with disabilities, our poverty level as a group is among the highest of the disability community.  In 2015, we are still being told that we can never get better, marry or become educated.  Dr. King believed that all people had the right to be treated by the content of their character and not their skin color or economic status.

Dr. King went to Memphis in April of 1968 to march with the city’s striking sanitation workers.  The march had not gone as planned and the city placed an injunction against the marchers.  Julian Bond, one of Dr. King’s protégés and an up and coming young leader, was charged with negotiating with the city to come up with a plan that would allow the next march to move forward.  Mr. Bond was successful in getting the city to lift the injunction, and the march was back on.  Mr. Bond relayed this information to Dr. King on April 4, 1968.  To celebrate, they decided to head out to dinner.  As Dr. King joined his colleagues for dinner, they stepped out of the door and he was assassinated.  A dream deferred for generations of black Americans.

Now the psychiatric movement faces its biggest hurdle in 2015.  We are asking our allies, representatives and members of our community to stand up. We urge you not to endorse the Murphy Bill.  We ask you to work with representation to create an alternative that won’t strip the rights of those with psychiatric disabilities. The bill calls for the defunding of SAMSHA, it tries to define what Peer Support is, but Peer Support should only be defined by those who created this para-profession and that consist of folks who provide and live within the culture of true support.  Someone who has no interest other than to hamper how we support each other should not define it.  Peer support was never meant to be a replacement for clinicians, we are and have always been complementary and non clinical.  No one gets to define my personal recovery story. My reality and my narrative come from my lived experience — not a clinical handbook of supervision.

This is our fight today.  For those going to Memphis, go with a renewed vision of what we want for our community: dignity, respect, economic opportunities, and the decriminalization of those with mental health issues.  Remember Dr. King, Fannie Lou Hammer and Julian Bond and the hundreds of thousands folks who walked, marched and sang ‘We Shall Overcome.’  Our struggle involves brutality, the denial of basic human rights such as voting, affordable housing, equal and affordable access to medication and treatment.  Access to treatment that is not physically forced and/or judicially forced is a basic human right we should all have.  None of us should fear that our privacy would no longer be between us, our treatment teams and whoever else we give permission to.  An act from Congress should not open our privacy door wide open for all to bear and witness.

Make your calls today to your representatives and let them know why you do not approve of them signing on to the Murphy Bill.  Create the future you want by being the change you want to see in the world. 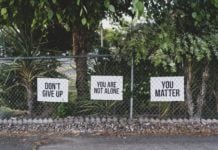